The research process for IAM Strategy 300 2016 launched a fortnight ago and nominations have been steadily coming in for those world leading IP strategists our readers consider should have been included in the 2015 edition of the guide. But we want more! So if you know of people working as third party advisers, or in operating companies, universities or research institutions, with world class strategic IP skills, please visit our nomination website and put them forward for inclusion: http://research.globebmg.com/nomination/strategy300-2016/

Following feedback from past entrants in the guide, for the first time this year we are asking that optional references and supporting comments from nominators are submitted at this, initial stage of the process, rather than at the point of a nominee making the longlist. The minimum requirement for inclusion on our longlist remains as three nominations from outside of an individual’s own organisation.  And, as has previously been the case, all those who meet this criterion will still be given the opportunity to submit any background information that they feel could support their nomination. Using all of this information, the IAM research team will then select the individuals for inclusion in the IAM Strategy 300 2016.

Self-nominations and nominations from individuals working in the same organisation as the nominee will not be accepted.

The nomination process closes on Monday November 30. We look forward to receiving your nominations; if you have any questions about eligibility or the research process in the meantime, please contact [email protected] 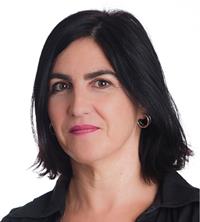