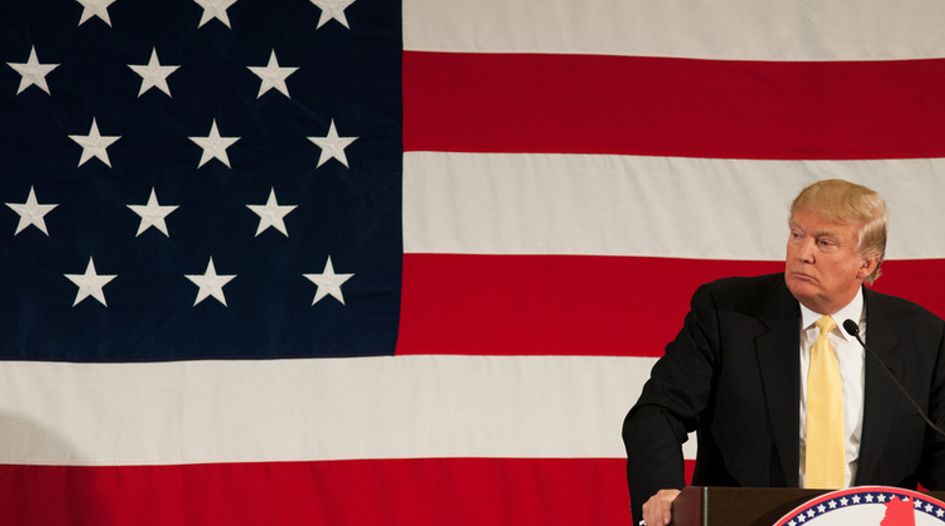 Following is part two of our listing of the IP personalities of the year for 2018. We named the first five yesterday.

Having began 2018 as a name partner in the strategic IP advisory Quatela Lynch McCurdy, and the CEO of its offshoot Provenance Asset Group, Dan McCurdy finished the year in charge of RPX, having been given the job of turning its fortunes around by HGGC, the private equity firm that bought the defensive patent aggregator for $555 million in May. For the first part of last year, McCurdy worked at Provenance to monetise a 12,000-strong portfolio of patents previously owned by Nokia. This involved making the highest quality, litigation grade assets available to operating companies for defensive purposes, while offering the rest for sale on the secondary market. It was tricky work, something that was acknowledged by McCurdy’s ex-colleague Tim Lynch. “It has been slow to produce the revenue that we really need and that has created challenges for us,” he told IAM after McCurdy’s exit. Diminishing risk of litigation was one of the reasons behind this and has also been a big issue for RPX. The ROI that it offers has become harder to justify internally for many corporate patent heads and that has seen some companies, like Microsoft, drop their membership or drag their feet over renewing. For McCurdy that makes it absolutely essential to assure senior in-house players that an RPX subscription still represents value for money. McCurdy is someone who earned his IP value creation spurs during a very different time in the monetisation market, and in a challenging climate his task now is to find a way to make RPX as relevant as it was five years ago. If he does, he will earn every penny that HGGC pays him; if he doesn’t, this may be his last high-profile job in IP. For RPX and Dan McCurdy, therefore, the stakes are high.

Under Bill Merritt’s leadership, InterDigital took another big stride forward during 2018 when it completed the $475 million purchase of Technicolor’s licensing business in March. The transaction added 21,000 patents and applications to the firm’s 19,000 existing assets, and reinforced its position as one the biggest players in the technology licensing sector. It also plugged important gaps in InterDigital’s portfolio, strengthening its presence in the pictorial and telegraphic communication space, thereby complementing its wireless communication holdings and so building its position in the lucrative mobile device market. “The Technicolor transaction gives us incredible depth and that creates a more comprehensive dialogue with some customers. Now we can have a conversation around wireless devices, home display, set top boxes – it’s a very broad discussion and my experience is that the broader the discussion is, the easier the discussion is because there can be all sorts of trade-offs that can occur between the different components,” Merritt told IAM in September. The benefits of the Technicolor purchase should begin to feed through to the overall business during 2019 – and look out, too, for plans to establish a permanent base in China.

Commissioners of the Japan Patent Office traditionally hold the post for just one year before moving on to pastures new, so the announcement in the middle of last year that Naoko Munakata had had her appointment reconfirmed for another year was a significant feather in the cap of the first woman ever to be handed the job. The decision was no doubt a consequence of the major impact that Munakata has had in the role, not least in the field of SEPs and litigation reform. Since she took over from Yoshinori Komiya in July 2017, she has used her position to promote a greater role for alternative dispute resolution in patent licensing disputes, while the JPO also released a practical guide to licensing negotiations involving SEPs in June (though the guidelines are not legally binding). In October, the JPO began a consultation process that could lead to reforms that will make Japan a friendlier jurisdiction for patent holders, with rights owners being asked to submit their views on making evidence collection easier and damages awards higher. Should this turn into specific policy then it could just be that Japan begins to become a lot more attractive as a country in which to monetise patent rights. And if that turns out to be the case, that would mean that Munakata will be remembered as one of the most important JPO commissioners there has ever been.

Love him or hate him, there is no doubt that the US president had a huge direct and indirect impact on the US and global IP markets during 2018. On the domestic front, two members of his administration – USPTO Director Andrei Iancu and DoJ anti-trust head Makan Delrahim – have not only had a profound effect on changing the narrative around patents, but – particularly in the case of Iancu – have also put in place a series of measures that have begun to make life a lot less stressful for patent owners. On the international front a renegotiation of the NAFTA deal enhanced protections for pharmaceutical rights holders, while ongoing trade war with China not only put IP at the top of media agendas across the world, but also put specific pressure on a number of patent owners, not only in China, but also in the US (as recent announcements from Apple make clear). Most of important of all, though, there is some indication that the Chinese authorities are responding to some of the concerns the Trump administration has raised – with news that legislation is set to be introduced that would significantly reduce current compulsory technology transfer obligations companies doing business in the country face. “I don’t agree with much President Trump says and does,” an old China hand reflected at December’s IPBC Asia in Shanghai, “but there does seem to be something in the way he deals with China issues. My life easier than it used to be.”

There remain few, if any, financial institutions that combine the depth of capital with the patent expertise of Fortress’s IP group. Headed by Eran Zur, during 2018 the team moved beyond being one of the go-to providers of debt financing for patent owners such as Theranos – which secured a $100 million loan at the end of 2017 on the back of its portfolio of assets - to becoming a major monetiser of patents in its own right. In November, for example, the firm filed 45 infringement suits against 19 different entities through its subsidiary Uniloc 2017, with the list of defendants reading like a who’s who of the tech world - Apple, Google, Huawei, LG, Microsoft, Netflix and Samsung were all among the targets. While much of the NPE sector, particularly the group of public IP companies, has been ravaged over the last five years, a growing stockpile of assets has been winding up in the hands of Fortress’s IP team as various licensing businesses such as Inventergy and Marathon have struggled to repay debt to the investment giant. That appears to have been how Fortress gained control of the Uniloc assets, with USPTO records showing a security agreement between the pair from late 2014. But perhaps the biggest indicator of the clout that Zur and co now have is last year’s closure of a fund financing rumoured to generated close to $1 billion. You don’t get your hands on that amount of money without being considered a very serious player indeed.