IAM 83 now out, with in-depth Philips CIPO interview, patent pool focus and much more besides

Issue 83 of IAM has now been published and is available online to our subscribers. The cover story this time round is an in-depth profile of Philips chief IP officer Brian Hinman, who in an IP career that began after he left the US Air Force in the early 1990s has done as much as anyone to shape the current global nature of the market we all operate in. As well as Philips, Hinman has run big-ticket corporate operations for the likes of IBM, Verizon and InterDigital, where he looked after major portfolios and secured numerous multimillion-dollar deals; but equally significant was the time he spent setting up Allied Security Trust and, later, Unified Patents – two businesses borne out of the recognition that the best way to deal with bugs in the market is to develop market-based solutions to them.

Now working out of Philips’s Eindhoven HQ in the Netherlands, Hinman oversees an operation whose remit spans continents and which is recognised at board level as being pivotal to the Dutch company’s ongoing success. Renowned for his relentless schedule, Hinman took time out to meet with senior IAM reporter Sara-Jayne Clover to talk through his many achievements and provide the kind of insight that only a select few can deliver.

In recent years, patent pools have once again become a hot topic, as well as a source of considerable controversy. Some consider them to be an indispensable part of 21st century IP deal-making; others are less sure (to say the least). We take a deep dive into the debate with two articles: one, by Harry Rijnen, focuses on the different business models that patent pools pursue; while the other, from our North America editor Richard Lloyd, looks at whether they have a future (worry not, pools fans – they undoubtedly do!). On a similar theme, we also explore the challenges that convergence poses to those participating in royalty negotiations involving standard-essential patents in the auto industry.

As the Trump administration beds in at the White House, a few of its key trade priorities are emerging and intellectual property looks set to be one of them. Our Asia-Pacific editor Jacob Schindler spoke to experts in both China and the United States to establish what that may mean in practice. Despite the sometimes harsh rhetoric and the potential for increased protectionism on both sides, Schindler concludes, there are reasons to believe that business relationships forged between the two countries can survive and potentially prosper. Also from Asia, our contributing editor Jack Ellis reports on how brokers there are enjoying greater success than ever before, while their colleagues in the United States watch jealously – or perhaps try to get a share of the action. Look out, too, for a piece on the growing sophistication of licensing transactions in Japan.

As ever, there is plenty more on top of all of the above – enough to keep you busy until issue 84 appears at the end of May. 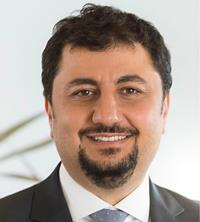