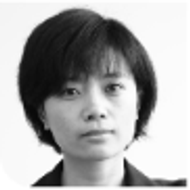 Rights holders are better positioned to pursue settlement and include damages clause in case of repeated infringement if:

There are a few takeaways to drafting the settlement agreement and devising the damages clause.

Include entities affiliated with the infringer in the settlement agreement

Court decisions are binding for parties to the case only. In practice, an infringer whose business operation was targeted may immediately set up another corporation to resume its infringement activity. If the corporate personalities of the two corporations are not identical, chances are high that the settlement agreement, which the rights holder and the infringer entered into at an earlier date, may have little or no bearing on its later offence. Therefore, it would be prudent to include entities that are affiliated with the infringer in the settlement agreement and insure that they bear liability for damage in case of repeated infringement. Rights holders may refer to the Company Law for the definition of ‘affiliation’.

The more recent Exposure Draft of the Opinions of the Supreme People’s Court on Ramping up Sanctions on Intellectual Property Infringements, which was released on 15 June 2020, may also serve as a point of reference for rights holders.

China’s judicial practice requires that court actions are brought separately when multiple IP rights are involved. Different patent infringement suits and/or trademark infringement suits targeting the same offenders must be initiated separately. Where settlement is to be reached over one particular case, rights holders can maximise its efficacy by addressing IP rights other than those relevant to the case.

Determining an infringing act is an arduous task in litigation. If the settlement agreement elaborates on the circumstance to which damages clause in case of repeated infringement applies, then the rights holder’s burden of proof will be greatly alleviated.

Even after being sued for infringement, some infringers have a continued interest in a certain model of product and design around the rights holder’s patent. However, the modified product may still fall within the scope of protection of the patent claims. In this situation, Chinese courts would ascertain repeated infringement when the accused infringing product is substantially identical with the one from the previous case only. Since there is still controversy over whether modified products falling within the scope of patent protection constitutes repeated infringement, the parties may agree on whether such circumstance is subject to damages in case of repeated infringement in the settlement agreement.

Always aim high when it comes to damages

In order to manage a skyrocketing volume of caseloads in China, many have started to encourage pre-litigation mediation. Parties seeking to bring a court action are advised to negotiate with a view to reaching an amicable settlement without progressing to court. However, in practice, if this method fails, parties can proceed to litigation, with settlement remaining an alternative solution when possible.

To maximise deterrence and discourage repeated infringement, the amount of damages should be significantly higher than that of ordinary infringement cases and factors such as the actual increase in the amount of damages awarded in recent judicial practice as well as the latest trend proposed by legislators should be considered. There are two recommended ways to calculate damages in the settlement agreement:

It is worth noting that the determination of repeated infringement is up to the court’s discretion. Nevertheless, a rights holder could still resort to Article 28 of the Interpretation (II) of the Supreme People’s Court on Several Issues Concerning the Application of Law in the Trial of Patent Infringement Dispute Cases to seek court approval in awarding the amount of damages determined in accordance with terms agreed by the rights holder and the infringer in a patent infringement lawsuit in respect of the amount of damages or the calculation method, as long as the court finds infringement.