How to simplify patent security clearance for inventions 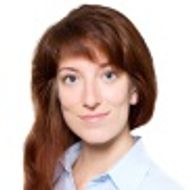 When an invention is made in Russia, the filing of counterpart patent applications in other countries is temporarily restricted for national security reasons.

For inventions created in Russia, the first patent filing must be made at the Russian Patent and Trademark Office (Rospatent) as a national filing or as a Eurasian or Patent Cooperation Treaty (PCT) application. If the applicant decides to file a PCT application, then Rospatent should be designated as the receiving office and protection in Russia should be sought to comply with the national security provisions.

However, filings can be expedited in other countries before the end of the six-month period. In order to pursue this route, the applicant should seek Rospatent’s permission when filing the application. All that is needed is for the applicant to submit a request on filing to check for the presence of state secrets in the application. Permission is usually granted within three to four months, following which the application can then be filed abroad. However, this procedure can be initiated only if at least one of the applicants is a Russia-based company.

Another method to accelerate filings in other countries is to proactively demonstrate the absence of state secrets at the time of filing. This option is available for Russian organisations, particularly those that are state-owned and with operations associated with classified information (eg, companies working in the defence industry). In these cases, a statement on the absence of state secrets provided by a special commission of the applicant must be submitted when filing the application.

The national security provisions apply solely to inventions created entirely in Russia. The provision does not apply to inventions that were only partially made in Russia. Thus, an application must first be filed in Russia if the inventor resided in Russia when they created the invention. If the Russia-based inventor created the invention outside of Russia (eg, while working in a foreign facility) or if they are a co-inventor alongside a foreign-based co-inventor, then there is no need to file the first application in Russia.

The security provisions also apply to any inventions developed in Russia. The inventor’s nationality is irrelevant.

With regard to the applicable subject matter of an invention, the regulations provide the criteria as to what is considered to be a state secret. This list is broad and is not limited to, for example, defence-related technology. For instance, achievements in science and technology that are of great importance to national defence or the economy, or otherwise affecting the security of the state, are recognised as a state secret.

It is important to keep these Russian filing requirements in mind when forming a global filing strategy for any international collaboration that includes scientists or certain technical specialists whose operations in Russia have contributed to the intellectual property in question, as government officials monitor these filings from time to time and there have been situations in which applicants have been contacted and asked for an explanation. A breach of the regulations can expose organisations to administrative liability. Although the fines are relatively nominal (between approximately $15 and $30 for individuals and $650 and $1,030 for legal entities), it could be more of a PR embarrassment than anything else.