How the revised Trademark Law has been implemented: examination timeline and a new online database 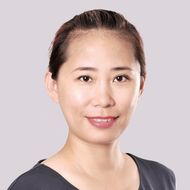 In 2014 the Trademark Law revisions took effect, setting into motion new regulations, judicial interpretations and examination standards, among other things. The second of two instalments focusing on how the new law has been implemented, this update will look at the new China Trademark Office (CTMO) and Trademark Review and Adjudication Board (TRAB) examination timelines and how the TRAB has launched a new online database for decisions (for part one, please see “How the revised Trademark Law has been implemented: bad faith and the latest case trends”).

Examination timelines
General timelines
The law provides detailed statutory timeframes for the CTMO and TRAB to deliver decisions. The CTMO must complete preliminary examination of new applications within nine months, non-use cancellation cases in nine to 12 months and opposition cases in 12 to 18 months. The TRAB must issue refusal of application reviews and non-use cancellation reviews in nine to 12 months, and opposition reviews and invalidation decisions in 12 to 18 months.

In practice, the CTMO and TRAB have been meeting these timeframes and their most recent decisions have even exceeded them. However, they are continuing their efforts to shorten the timeframe for trademark prosecution – in December 2017, the CTMO announced its new goal to cut the trademark examination period to six months and refusal review period to seven months by the end of 2018.

Practice of suspension in review cases
The statutory timeframes are also affecting the TRAB's suspension practice. Where a trademark application is preliminarily refused due to a prior similar mark, the most common tactic for the applicant is to file non-use cancellation, opposition or invalidation against the prior mark.

As such, it is a common practice to file a review against the refusal at the TRAB, and at the same time apply to suspend the examination of the review pending the outcome of any invalidation or non-use cancellation procedure regarding the cited mark. However, whether to grant the suspension is solely at the discretion of the examiner. As the TRAB is under pressure to complete the review process in nine to 12 months, it is reluctant to grant such suspensions. At present, if the actions against the cited marks are initiated only when the applicant has been officially informed of the citation in the notification of refusal issued by the CTMO, the suspension request is unlikely to be accepted.

The TRAB would usually suspend the review process only if the non-use cancellation procedure against the cited mark is filed at the same time as, or shortly after, the trademark application and if the non-use cancellation procedure is expected to be concluded within six months. Applicants are advised to conduct a pre-filing search and take action against potential cited marks before filing.

TRAB to issue all decisions online
The TRAB launched an online database in December 2017 making all decisions publicly available online immediately, except for those concerning trade secret, personal privacy or other inappropriate issues.

This is a watershed moment for Chinese trademark practice, as the use of precedents will likely become more prevalent. It is expected that decisions will be published on the site within 20 working days from being issued to the relevant parties.

Although China is yet to adopt a binding precedent system and each TRAB review case is decided on its specific facts, such a database may allow parties to refer to evidence or arguments made by the counterparty in previous cases. It is yet to be seen how the court will consider inconsistent evidence, self-admission or different positions adopted by a party in different cases. Nevertheless, such a system may ensure that the authorities deliver more consistent decisions.

Comment
After four years, the revised law is continuing to evolve. So far it has brought many improvements and it is expected that there will be more changes as the authorities move towards a higher degree of transparency in the availability and searchability of decisions.