How the revised Trademark Law has been implemented: bad faith and the latest case trends 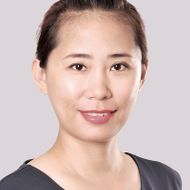 The overriding objectives of the Trademark Law revisions in 2014 were to:

Since the revision, detailed regulations, judicial interpretations and examination standards have also been implemented. The first of two instalments, this update focuses on how the revised law has been used to tackle bad-faith filings and looks at the latest trends in such cases.

Trademark squatting
Trademark squatting has long been a major concern for foreign companies wishing to enter the Chinese market. China’s first-to-file trademark system grants protection to those who file first and requires no proof of use in order to register. Trademark squatters or bad-faith filers are registering up-and-coming brands anticipating their entry into China, with the intention of selling the marks back to the international brand owner or riding on the reputation of the international brand to advertise their own products or services.

Those international brand owners which do not already have a trademark registration in China for the goods or services to which the dispute relates should look to Article 32 of the revised law (Article 31 of the 2001 Trademark Law) in order to oppose or invalidate marks filed by trademark squatters. Under this article, the opponent must prove that its mark has attained a certain degree of fame in China, which is a significant hurdle, especially for brands that do not yet have a strong presence in China.

However, the revised law also introduces alternative routes for brand owners to fight against trademark squatting, especially for the most common circumstances in which a trademark is pre-emptively filed.

Mixed application of the good-faith principle
The general principle of good faith was first introduced in Article 7 of the Trademark Law and states that “the application for trademark registration and the use of trademarks should follow the principle of honesty and credibility”.

Nearly four years after its implementation, administrative authorities seem to consider this merely as an overarching principle and are reluctant to rely on it in order to reject or invalidate a trademark. Occasionally, though, the authorities have taken a more flexible approach, considering different factors in order to find a violation of the principle of honesty and credibility.

For example, in the China Trademark Office (CTMO) Opposition Decision 0000012861 (2016), the CTMO rejected the registration of the mark

on the basis that the applicant had applied to register many marks which are identical or similar to others’ registered marks; it was therefore acting in bad faith and in breach of Article 7.

In CTMO Opposition Decision 0000001877 (2017), the CTMO rejected the registration of the mark AMWAY and device based on Article 7, taking into account:

However, more often, the notion of bad faith is used as a factor in support of other specific provisions – especially on the ground of “deceptive or other improper means” under Article 44(1) – and in finding similar marks for similar goods and services under Article 30.

Use of Article 44(1) against large-scale squatters
Article 44(1) provides that any mark that has been registered through deceptive or other improper means may be invalidated. Although this article existed in the 2001 Trademark Law, it was considered relevant only to invalidate registered marks, rather than a ground on which to oppose applications.

However, following the implementation of the revised law there has been an increasing reliance on Article 44(1) in order to reject or invalidate trademarks where the applicant has copied others’ famous marks. In practice, the CTMO, the Trademark Review and Adjudication Board (TRAB) and the courts occasionally use Article 44(1) in combination with Article 7.

In TRAB decision 0000055952 (2017), the TRAB ruled that the fact that the registrant had applied for over 300 marks identical or similar to other distinctive or well-known marks meant that it intended to copy others’ well-known marks through improper means pursuant to Article 44; such improper trademark registration would disrupt the normal order of trademark registration and fair competition and therefore breached the principle of good faith.

The CTMO generally adjudicates each case on its own merits. However, Guangzhou 4399 Information Technology Limited Co had filed more than 9,000 trademark applications, 210 of which were challenged by different rights holders. The CTMO adjudicated 39 of the oppositions together and rejected all applications on the basis that the applicant’s large-scale trademark squatting was an act of bad faith.

Foreign brand owners may be comforted by this trend, as many trademark squatting activities are operated by professional entities holding hundreds of trademarks. However, recently more sophisticated squatters have been registering different companies in order to hold trademarks, thereby lowering the total number of marks held by each company. Brand owners may need to prove that the applicant is related to well-known squatters, which may be difficult if the syndicate uses different individuals (eg, relatives or friends) to act as directors of the trademark holding companies.

Scope of prior dealings in rejecting applications
The revised Trademark Law has widened the circumstances in which the authorities may reject or invalidate a trademark on the ground that it was squatted on by a party related to, or which has had prior dealings with, the rightful owner.

Article 15(1) provides that a trademark should be refused if is squatted on by its agent without the owner’s authorisation. ‘Agent’ is further defined in Regulation 15 of the 2017 Supreme People’s Court’s (SPC’s) Interpretation on Issues Relating to Administrative Trademark Litigation Involving the Grant and Determination of Trademark Rights to include:

Article 15(2) of the revised law expands this principal-agent relationship, providing that any attempt to register a mark by a party who has a contractual, business or other relationship with the trademark owner and is familiar with the mark should be refused. ‘Contractual or business relationship’ includes a wide range of activities, according to Part 11.3 of the Examination Standards issued by the TRAB in 2016, including:

Further, pursuant to Regulation 16 of the SPC interpretation, ‘other relationships’ include family members, employment relationships and geographical proximity of business addresses.

The above would include circumstances in which the parties are in negotiation for a principal-agency or commercial relationship but have no legal relationship.

In practice, where a former shareholder or director of the original equipment manufacturer (OEM) or distributor sets up a new shadow company in Hong Kong and registers the brand owner’s trademark in China, rightful owners may be able to convince the court via a detailed chain of evidence. An example of a complete chain of evidence to show a prior relationship would include:

While the above provisions have expanded the legal scope of protection to the rightful owners, it remains difficult to prove that the applicant of the trademark is a family member of the person who has been in contact with the rightful owner. Personal documentation, such as a marriage certificate or personal identification card, is difficult to obtain.

Creative use of Article 10(1)(7) against marks free-riding others’ fame
Article 10(1)(7) of the revised Trademark Law prohibits the use of deceptive marks which would mislead the public regarding their place of origin. This was intended as an absolute ground for all refusals preventing marks that contain misleading or deceptive elements per se. In practice, the authorities have also extended Article 10(1)(7) to apply where the opposed mark is deceptive as to its trade origin.

(ELAN ENGLISH EDUCATION TO HARVARD and design) in Class 41 on the basis that the word ‘Harvard’ is likely to mislead consumers into believing that the applicant is related to Harvard University, which is well-known in the education field, and is therefore deceptive regarding its trade origin.

Similarly, in CTMO Opposition Decision 0000040841 (2016) the CTMO recognised the reputation of Alticor Inc’s marks, including “安利” (Amway in Chinese) and “安利Amway” among the consumers in China and therefore rejected the registration of the same mark “安利” by an applicant in Class 35 (drug retail or wholesale). It held that consumers were likely to be misled into believing that the services provided by the applicant with the mark are provided by Alticor or related to Alticor in some way.

This article is useful for brand owners with a high reputation to combat other business entities trying to free-ride their fame using similar marks in related industries, where a mark does not fall within the similarity framework for both the mark and the goods and services, or the strict requirements of other articles.

The CTMO has actively rejected trademark applications at substantive review stage against obvious bad-faith filings. For example, the CTMO rejected an application in which the applicant applied for over 200 marks which were similar to well-known marks used on the same or similar goods or services, including

, ruling that the applicant intended to ride on others’ reputation and was therefore in breach of the good-faith principle.

The CTMO is considering the development of a database for suspected bad-faith trademark applicants, referring to such in its official examination.