How do the differing approaches of the UKIPO and EPO affect applicants? 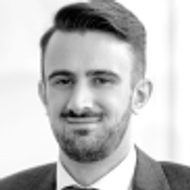 In the past, the UK Intellectual Property Office (UKIPO) has attempted to follow the EPO’s approach to software and business method-related inventions. However, the UKIPO is bound by the precedents set by UK courts. This can often result in disparity between what the EPO and UKIPO will allow.

Practice in the United Kingdom was defined in a UK Court of Appeal judgment in Fujitsu Limited’s application, which was an appeal against a decision to refuse an application relating to crystal modelling using a computer. The judge in this case confirmed that a criterion for patentability of subject matter that, on the face of it, falls within the statutory exclusions was that the claimed invention should provide a technical contribution in order to be patentable. Following Fujitsu in the United Kingdom and the IBM cases at the EPO, the UKIPO issued a practice notice stating that its practice towards software-related inventions would “remain in step with that of the European Patent Office”.

However, when the EPO moved to its inventiveness test following the Pension Benefits and Hitachi cases, the UKIPO continued to apply the technical contribution approach, as it had to follow the precedent established in Fujitsu. There was therefore a disparity in the way in which the UKIPO and EPO viewed the wording of the European Patent Convention.

In 2006 two cases which involved issues of excluded subject matter – Aerotel Ltd v Telco Holdings Ltd and Macrossan’s patent application – reached the UK Court of Appeal and were conjoined in a single judgment. This led the court to reaffirm its support for the traditional UK approach to excluded subject matter in which the technical contribution of a claim is decisive in determining whether claimed subject matter is excluded from patentability.

However, following two further judgments from the Patents Court, the UKIPO issued a further practice note stating that it would not reject claims for a computer program or a program on a carrier merely on account of their form. A further judgment from the Court of Appeal in Symbian Limited v Comptroller General of Patents was handed down in the latter part of 2008. This was an appeal brought by the UKIPO against a decision by a lower court to overturn the UKIPO’s refusal of Symbian’s software-related patent application concerning accessing data in a dynamic link library in a computing device. The UKIPO asserted before the Court of Appeal that a computer program is excluded from patentability unless it has a novel effect outside the computer.

The Court of Appeal disagreed and asserted that a computer program is allowable if, when it is run on a computer, it provides a better computer, for example, by being more reliable and improving its functioning.

In Symbian, this was because the software “has the knock-on effect of the computer working better as a matter of course”. In essence, it is not a precondition for patentability that there is a novel effect outside the computer.

The Court of Appeal’s judgment in Symbian did not go as far as adopting the EPO’s approach to software inventions. However, it does say that the UKIPO and EPO’s approaches should give the same result. This judgment should now mean that the UKIPO’s stance on patentability of software-related inventions, while not necessarily following the same reasoning, should be broadly similar to that of the EPO.

Nevertheless, since the UKIPO and EPO’s approaches can still differ in the way in which they are applied to specific cases, there are likely to be situations where patents may be allowed by the EPO but not by the UKIPO and vice versa.

How does all this apply in practice to applicants?

For applications relating to pure business methods or computer programs involving only conventional computer program steps, refusal should be expected under both the UKIPO and EPO. Yet there remains uncertainty with regard to the middle ground and applying the two approaches to the same claimed invention may produce different results.

In order to increase the likelihood of having a patent application relating to business methods and software granted and reduce the risk of revocation by a national court, applicants should ensure that such applications describe physical, technical components and highlight technical advantages achieved by the invention and any possible sub-inventions. The specific steps of data processing and the interaction between components implemented using conventional hardware and software should be fully explained in detail in the patent specification, along with the technical advantages that these steps achieve.