How to buy a trademark in Russia 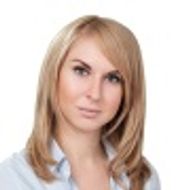 There may be several scenarios in which a company needs to buy a Russian-registered trademark owned by a third party. For example, a company may not want to spend time and money on the design and development of a new trademark and enter the market quickly without waiting for such trademark to be examined (with or without complications) and registered. In that case, the company could use the services of special trademark shops and choose a mark which is already registered and ready for use.

Another variant occurs when a company has spent time and money on the development of a new trademark and seeks protection in Russia, but a confusingly similar mark owned by a third party appears as an obstacle. In such cases, the company could negotiate to buy this conflicting mark.

Once a decision on acquiring a mark has been taken, it is necessary to check the validity of the mark and possible encumbrances, such as concluded licence and franchise agreements or a pledge of exclusive rights or other arrangements with third parties. Although licence and franchise agreements do not impede the conclusion of an assignment agreement, the buyer should be notified of them. The buyer may ask to terminate these agreements or become a party to such agreements (instead of the seller). All amendments are subject to state registration.

The act of pledging exclusive rights to a trademark also precludes the assignment of the mark that was pledged.

The buyer should examine databases to see whether other similar marks are owned by the seller. If so, the assignment will not be possible, as a situation when similar trademarks are owned by different owners may lead to confusion in the market.

The easiest way to carry out the necessary due diligence is to look at the official Russia Patent and Trademark Office (Rospatent) database, where information about marks and agreements is published, and conduct a search to see whether any other marks are registered in the seller’s name. It is also worth including relevant terms about earlier concluded agreements in the assignment deed.

When selling a trademark, the seller – especially if it is a Russian company – may be suspicious and require copies of charter documents and documents confirming the powers of the signatory, as well as banking details from the buyer.

While checking that the foundational documents are reasonable, many foreign companies may argue that providing the buyer’s banking details is not reasonable. Those companies may believe that the seller’s bank account – that is, where the money is to be transferred – is the only documentation needed.

However, in practice, a buyer’s banking details are important in Russia, as they enable the seller to easily identify the received funds and justify them to the tax authorities.

Another issue is the currency of the agreement. If the seller requires payment in rubles, the buyer – being a foreign company – can either:

Companies could ask their Russian lawyers to process the payment in rubles on their behalf. However, in such cases, the lawyer would appear as the payer in the agreement and thus should also become party to and sign the agreement.

The agreement itself should adhere to local legal requirements. It should include details such as:

When all of the formalities with the agreement are settled, it is necessary to record the assignment at Rospatent.

Since the passing of amendments to the Civil Code in 2014, it is now simple to register the transfer of an exclusive right. The law provides several options for recordal. The easiest way is through the registration of a transfer of exclusive right under assignment agreement, based on power of attorney from the parties. Attorneys prepare and file the official request to register the assignment and sign it on behalf of both parties, as the power of attorney allows them to do so.

Rospatent will process the assignment within approximately two months and the exclusive right will ultimately be transferred to the new owner.

As is the case in all business transactions, the acquisition of a trademark requires care and caution in order to avoid undesirable consequences.