Off the hook: Supreme Court protects Ferragamo’s hooks against imitation 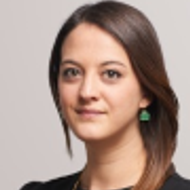 Salvatore Ferragamo SpA appealed a 2013 decision from the Court of Appeal of Milan issued in favour of Ripani Italiana Pelletterie Srl and Val Vibrata Ornaments Srl. The appeal was lodged in order to obtain a review of this ruling, which had denied the infringement of Ferragamo’s 3D and figurative Gancini marks (‘gancini’ means ‘small hooks’; the marks were inspired by the graphical shape of the Greek letter omega):

In the Milan appeal proceedings, the defendants had lodged a counterclaim for the invalidity of Ferragamo’s 3D and figurative marks. While the request of nullity for lack of novelty in the concerned marks was rejected, the court also found that there was no infringement. Even though a certain degree of similarity between the signs was found, this was insufficient to give rise to a risk of confusion.

The Milan court held that the similar marks featured on the defendants’ goods played a decorative and functional role only (ie, as accessories, buckles or locking mechanisms), without fulfilling any distinctive function or suggesting an immediate connection with Ferragamo. On the contrary, the court ruled that Ferragamo’s trademarks, besides reproducing the letter omega in a more harmonious way, had both a decorative and distinctive function, aimed at identifying the commercial origin and the high quality of the products bearing the distinctive signs.

The appeal court ruled that, even though Ferragamo’s trademarks were valid, no infringement had occurred.

The omega sign featured on Ferragamo’s bags was not only a valid trademark, but also a strong one. This should have been taken into account when possible infringement was first being assessed. While assessing the existence of a likelihood of confusion, three factors were considered:

A trademark regarded as strong should provide wider protection. Innovative variations, which leave the core concept of the sign intact (ie, its distinctive capacity) are still illegitimate. Slight differences from a strong trademark would not exclude a finding of infringement.

The Supreme Court found that the assessment of the risk of association did not depend exclusively on the degree of similarity between the marks, but also on the ease with which the latter sign was associated with the earlier mark and its recognition in the market.

The more well known the trademark, the greater the number of consumers that are willing to buy products bearing similar signs. The existence on the market of a large number of products covered by similar signs could harm the distinctive character of the mark, endangering its essential function of indicating to consumers the origin of the goods.

Accordingly, the Supreme Court stated that when considering finding similarity between a strong trademark and a subsequent decorative sign, the judge should have focused on the following three factors:

Since the earlier signs were well-known trademarks, they enjoyed enhanced protection, irrespective of the risk of confusion. The protection of well-known trademarks, according to the EU Trademarks Directive, must be interpreted as encompassing not only dissimilar goods but also similar ones, if the use of the later mark without due cause takes unfair advantage of, or is detrimental to, the distinctive character or the reputation of the earlier trademark.

Such harm, also referred to as dilution, arises when the distinctiveness or reputation of the earlier mark is weakened and this is prejudicial to its fame. This may occur when the use of the latter similar sign jeopardises the power of attraction of the earlier mark. It may also be the case that unfair advantage is gained by the later user, by way of a parasitic exploitation of the well-known character of a mark. Parasitic use weakens the stronger distinctiveness of the senior mark. It benefits from the initial commercial effort made by the senior trademark’s owner to create and maintain its image, without any economic remuneration to compensate such effort.

It is now up to the Milan Court of Appeal to reconsider its judgment in light of the principles set out by the Supreme Court, which found that it did not properly examine the plaintiff’s requests concerning the protection of well-known marks. The appeal court will have to concretely consider if, since Ferragamo’s trademarks are well known, consumers would recognise a link between the two signs, even if there is no confusion and if there is prejudice to the distinctiveness or reputation of Ferragamo’s ‘gancini’, or undue advantage by the latter user of the similar trademark.

The Supreme Court’s decision is good news for those who believe that 3D trademarks are becoming increasingly important in the fashion field, have an inherently distinctive function (not just a decorative one) and deserve increased protection.