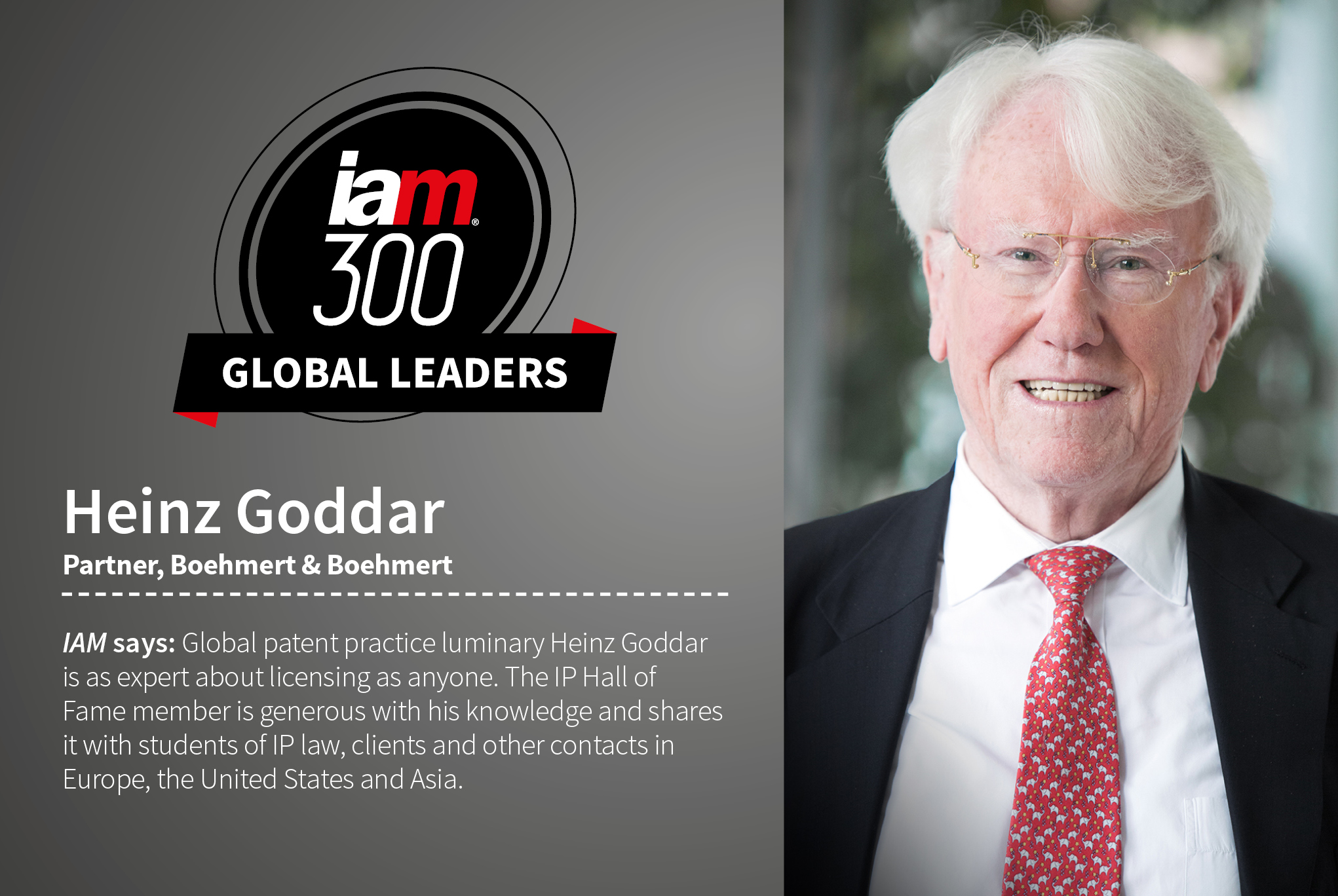 As well as your work in patent licensing, you are also renowned as an educator - can you share some of the insights that you have learned from teaching in this field?

What I have learned from teaching in the field of IP rights in general and patents, as well as their licensing, in particular, is that, surprisingly, it is easier to make technically trained people such as scientists and engineers familiar with the role that patents play in the promotion of innovation-creation, both for encouraging investments in R&D leading to patentable technologies and with regard to sharing such information with interested third parties, such as licensees. Law students often have more difficulty understanding the concepts underlying the patent system and find it harder to grasp and apply such principles.

How have client demands changed over the past five years and how have you adapted to meet these needs?

There have been practically no changes, as far as I can see, in technical fields where, at least in principle, individual innovations are still protected by individual patents. However, more and more patents have become a currency for cross-licensing in areas dominated by portfolio deals, such as telecommunications and the semi-conductor industry. In order to create the necessary number of high-quality patent applications - first by drafting and later on by prosecuting - it is necessary to have many more highly skilled engineers and scientists with an additional background in patent law. The result is that in many IP firms, including our own, the number of double-qualified patent experts (ie, those with full technical background as well as the appropriate legal background) has been increasing drastically and is still growing.

What impact do you expect the Internet of Things (IoT) to have on the licensing landscape?

In the age of the IoT, much more cooperation through cross-licensing will take place, not only horizontally (eg, between car manufacturers) but also vertically (eg, between telecoms companies and car companies). Newcomers in sectors such as driverless cars might well feel the need to come to licensing and other cooperation agreements with ICT companies, and vice versa. So far, this particular role is being played by the increasing standardisation in nearly all IoT-related fields.

How do you expect the UK Supreme Court’s decision in Unwired Planet to affect SEP FRAND case law around the world?

My personal view is that courts in countries other than the United Kingdom will carefully check to what extent they allow the enforcement of extra-territorial decisions, such as Unwired Planet. However, they might also take a second look at considering locally adapted royalty rates that would meet FRAND conditions in the various countries involved.

What three big technological changes do you see coming down the pipeline - and how should rights holders prepare for them?

First, I believe that in the automotive industry electricity will take over - but this will not necessarily involve batteries being used to store electrical energy, rather hydrogen cells might supersede them. Second, I believe that surface-bound taxis will more or less disappear and be replaced by passenger- carrying drones. Third, I consider that there will be even closer cooperation between ICT companies and hardware-related manufacturers, leading to integrated-technology vehicles and other devices.

Heinz Goddar is a partner at Boehmert & Boehmert’s Munich office and a German patent attorney and European patent and trademark attorney. He teaches IP law as an honorary professor and lecturer at several universities in Germany and elsewhere. He is past president and gold medallist of the Licensing Executives Society (LES) International, past president of LES Germany and a member of IAM’s IP Hall of Fame and the Standing Advisory Committee before the EPO.