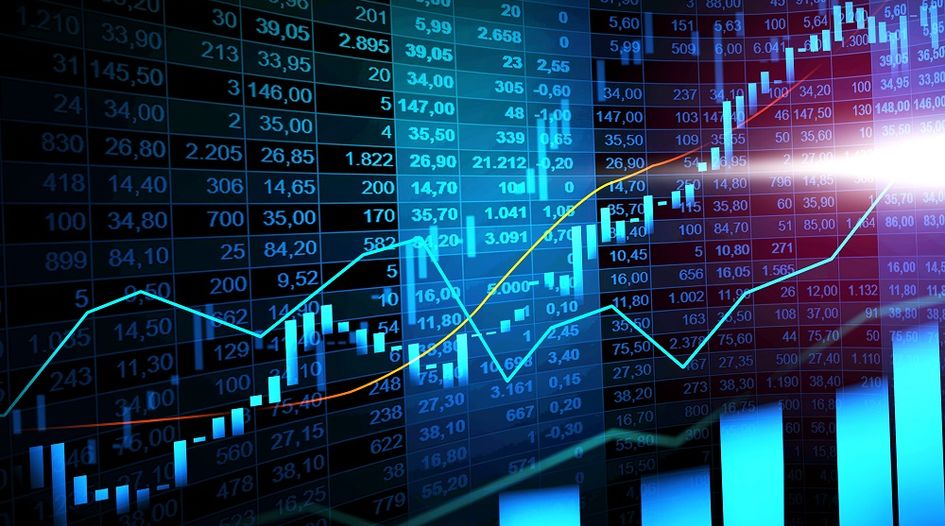 Looking for exposure in your portfolio to high-growth technologies? The conventional answer is to develop or pick a promising venture and line up €10 million in equity, which remains fraught with difficulty. Even the smartest investors only expect to make a significant gain on one investment in 10. Another two of their start-ups might break even. The rest will burn their capital.

The challenges in proving a technology are hard enough. You have to put in place the right operation and the right team. Then do it again when it comes time to scale.

Can you save yourself the risk of losing all your capital, while still retaining the option for a gain on the upside? In other words, instead of investing in a hard asset such as equity, can you use a soft asset such as a derivative to leverage your position?

In the case of equity, options give you the right, but not the obligation, to buy or sell an underlying asset (or just the option itself) at or before a date in the future at a fixed financial risk (the premium). In the case of technology, patents can serve as a highly effective equivalent to options. Instead of investing in hard assets such as technologies or start-ups, why not invest in intellectual property as an analogy to options?

In fact, as an investor, you can gain up to 31 months by filing a patent application under the Patent Cooperation Treaty at a fixed capital risk and establishing a priority date to determine whether a patent is worth pursuing in the future. The capital at risk is roughly 1% of the commitment to a start-up.

For a number of investors, notably from China, patents are starting to represent a more efficient way of making a return on technologies. Instead of risking €10 million on a start-up, they are using patents to catch a technology at the right point – not too early, not too late, but just at the sweet spot when it stops emerging and starts to grow.

The economics are compelling. If you build a quality patent portfolio with 10 patents for a technology in the five main countries worldwide, you are putting roughly €1 million at risk, based on an average cost of €20,000 per patent in each country – so you could build ten such portfolios for the cost of investing in one start-up.

You might think everyone is following this logic. Far from it. All industries are in the midst of a digital transformation, deploying technologies such as artificial intelligence, the internet of things (IOT) and the new ultra-fast mobile standard, 5G. In fact, engineers in research and development are mostly focused on incremental technology development rather than on strategic patent development. Moreover, the software implementations at the core of digital innovations are widely viewed as non-patentable.

Let me give you a real-life example. At a large mobile operator, an engineering team was struggling with creating valuable innovations around 5G, which is now being deployed across Europe. In addition, they saw little point in pursuing patent applications directed to network solutions implemented in software.

As it turned out, in the course of one-to-one conversations with the engineering team, a significant number of valuable inventions were identified that could be patented. Most of them related to 5G and the configurations of networks developed for real-time services, such as IOT applications.

In the long term, any one of these patents has the potential for creating significant extra value for the operator. So how were such applications being overlooked not just by this operator, but by many other companies in a similar position, not to mention potential investors?

Patents only ever have any value if they are written in the language of the technology and of the market, so the potential for any upside depends on four states of mind: an understanding of technology, an insight into the market, a capacity to direct engineers towards the disruptive and a grasp of patent strategy.

For this particular mobile operator, a change in mindset led to more than 80 harvested technical inventions resulting in more than 50 applications for patents in the field of 5G, of which a majority have already been granted.

All technologies follow a life cycle as they emerge, grow and mature. At the start, everything is new. There is no history. Comparisons are hard to draw. Platform IP can be secured at relatively little cost, even it is hard to know which technology trend to follow and the risk-to-reward ratio is speculatively high.

If you make your move too early, you can be technically brilliant but with no foundation in the market. If you’re too late, you will join a saturated market with low returns. The sweet spot is at the point that an emerging technology establishes itself, rewarding those who can articulate what the market demands.

These technologies are typically disruptive in their effects, as first identified by the Harvard professor Clayton Christiansen in his 1997 book The Innovator’s Dilemma: When new technologies cause great firms to fail. He argued that disruptive technologies often begin in low-value segments of the market and involve high degrees of technical difficulty, so the route is open for disrupters to steal a march and open up the potential for innovation.

Blockchain is proving just such a technology, with mainstream companies now doing what they can to keep up. Its origins lie in the search for a secure digital currency and the solution, which links a chain of digital signatures across blocks of data, bypasses any directly comparable technologies. As an innovation, it managed to articulate what the market required and frame the technical challenge in a way around which developers could invent.

For those who can join up the pieces of such disruptive ideas, the option of a highly productive three-step strategy is available: clearly articulate the challenge for your market, set a technical problem and then let your engineers or developers create a series of innovations that you can patent.

Engineering teams develop technical solutions incrementally by nature. They work on the basis of identifying improvements to existing technologies. They are typically responding to requests from their managers for more speed, less weight, more stability or better security. It is the basis for how ever higher levels of performance are reached in technologies such as the combustion engine and the microprocessor, even though they both passed the emerging stage many years ago.

To put it another way, engineers excel in making tangible improvements and creating new features. However, they are less trained in making the intangible, based on what the market is seeking as opposed to what existing technologies can offer.

Patent offices work in the same way. They look for the difference between your invention and the prior art. They then judge whether it justifies a patent. Like engineers, they are not taking their cue from the market. They want a defined technical platform from which to start.

Although 5G is not as disruptive as blockchain, the same thinking applies in realising its value. From the point of view of an engineer or a patent office, you could argue that you have little scope for innovation, as the existing 4G technology infrastructure (LTE) is widely being used for 5G networks as well. The difference in the communication technology per se is thus hard to identify.

The transmission technologies and the communication protocols might even be the same, but the fundamental difference lies in how you design a 5G network. By using network slices, which essentially are service-oriented sub-networks, you can scale it up and down depending on what kind of service you are trying to deliver – whether this is making a phone call, screening augmented reality to a crowd of fans or sending signals to a driverless car. The speed and quality of the connection that is required will vary ­– for example, you can have some leeway on a phone call, but you can have none in a driverless car.

The value lies in how you design each of these slices of the network for different applications. You take your cue from what the markets expects in specialising 5G configurations for use in smart cities or for the IOT, then you set yourself a technical challenge. The solutions you develop will be a rich source for harvesting innovations that can be patented.

These network slices are becoming one of the most highly sought after and potentially lucrative sources of patents. Like the mobile operator, you may be dissuaded from applying for them by lack of prior art and you may worry that no patents will be granted on any software. However, you can chart a course that satisfies the disruptive demands of the market and meets the tests for patentability.

Essentially, you have to run two lines of inquiry: check out how the market is defining your purpose and keep exploring potential inventions. Your two searches will come together at the point when you can define a technical challenge for your engineers to solve. By harvesting innovation in this way, you are speaking both the language of disruption and IP.

Your solution will directly correspond to an application within the market. It will also avoid the trap into which disruptive technologies can fall and meet the tests for patentability by clearly defining the technical challenge.

Like engineers, patent examiners at the EPO rely on a problem-solution approach in identifying an inventive step. What is the prior art? What is the objective technical problem? Could a person skilled in the art arrive at the inventive solution of the technical problem when starting from the prior art? Does the invention relate to a computer program that per se is not patentable? By framing your network slice as providing a solution to a technical problem, it cannot be excluded just because it is implemented by software. The same thinking applies to artificial intelligence, big data and cybersecurity.

In sum, those who invest in capturing the innovative new services that flow from 5G and provide solutions to technical problems that comply with the EPO’s tests for patentability will be putting themselves at a significant advantage over those who rely on conventional engineering for more speed, less weight and more security for their returns.