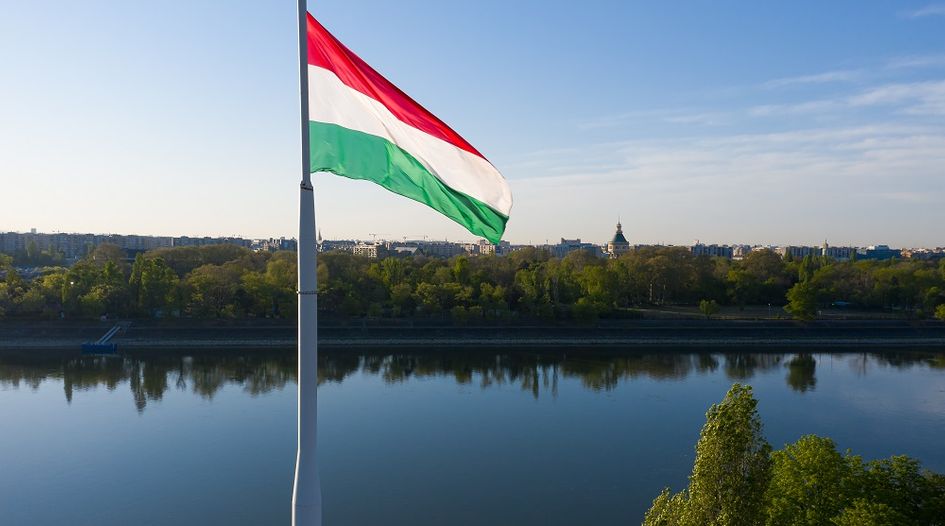 In Hungary, the recent changes to Act XXXIII of 1995 on the protection of inventions by patents (the Patent Act) aim to achieve more expeditious and comprehensive solutions in case of a patent dispute.

In 2021, several amendments were made to the Patent Act, which entered into force on 1 January 2022. Although it could seem that only a few subsections were affected, these changes had – and will have – significant effect in the course of patent litigation.

Reconsideration of the bifurcated system

The most significant change to the Patent Act was to abolish the strict bifurcated system – that is, the separation of patent infringement matters from patent revocation matters by introducing counterclaims for invalidity of the patent invoked in the litigation. The reason behind this amendment is that enforcement proceedings in Hungary were very slow compared to other EU countries due to the almost automatic defence strategy of filing a revocation action before the Hungarian Intellectual Property Office (HIPO), which resulted in the suspension of court litigation. Patent holders and many IP professionals wanted this to change, but balance had to be struck between the interests of the parties and the specificities of the Hungarian judicial system.

During the preparatory phase of the new bill, many expressed concerns that if the first instance court – the Metropolitan Court – decides on the validity issue as well as the infringement, thus skipping HIPO’s scrutiny of the revocation action, poorer judgments on the technical issues would be given, as second instance Metropolitan Court of Appeals and third instance Supreme Court tribunals do not have presiding judges with technical backgrounds.

According to the newly introduced Article 104(1a) of the Patent Act, counterclaims for invalidity can be filed if there are no revocation actions in progress before the HIPO based on the same factual grounds concerning the same patent and no final decision has yet been adopted concerning invalidity. To channel the potential parallel invalidity proceedings, the new Patent Act introduced two restrictions:

According to Article 104(1g), the revocation issues will have to be heard in accelerated proceedings, which means that the parties are invited to file their briefs within eight days and an extension of the time limit can only be provided in exceptional circumstances.

According to Article 104(1h), expert opinions are expected to be prepared within 30 days. According to the newly amended Government Decree 282/2007, Annex 3, point 15, the expert opinion in the revocation action has to be provided by the HIPO.

Finally, according to Article 104(1i), if the defendant has submitted a counterclaim for invalidity, no private expert opinion shall be admissible in the patent infringement action.

Assessment of validity in a provisional measure matter

Although such decisions were often available, they were not often considered by the courts and the validity issue was pushed into the case on the merits. Eventually, this resulted in granting provisional measures based on weak patents, which later on turned out to be invalid. The courts exercised their discretion in these matters by requiring – upon request of the defendant – the plaintiff to place a security deposit before the court for potential damages for if the provisional measure turned out to be unfounded. The courts previously could mitigate the risks only through the placement of a security deposit and its sum, but now the courts may also assess the validity and reject the provisional measure in total. The new rule is welcomed by defendants where invalidity may be easily established based on convincing evidence, but if very detailed analyses and expert opinions are necessary, the first instance court would be in difficult position since the proceeding is expedited and there is no time to discuss validity in detail, nor is there the option to appoint an expert. Act CXVIII of 2017 concerning non-litigious proceedings regulating stand-alone provisional measure actions (like Article 104(1i) referred to above) also excludes private expert opinions.

With the same amendment, another change concerning provisional measures was introduced. Article 104(12a) of the Patent Act provides:

This new rule was introduced into the Patent Act after the Metropolitan Court asked for a preliminary ruling before the Court of Justice of the European Union (CJEU) in Bayer Pharma AG v Richter Gedeon Nyrt and Exeltis Kft regarding the question of whether a defendant is eligible for appropriate compensation for an unfounded provisional measure where the invoked patent was found invalid at a later stage. The new Article 104(12a) complies with the EU Enforcement Directive 2004/48, which had not previously been directly transposed into the Patent Act. However, the new article is missing the transposition of the CJEU’s guidance in the Bayer case:

the concept of ‘appropriate compensation’ referred to in that provision, must be interpreted as not precluding national legislation which provides that a party shall not be compensated for losses which he has suffered due to his not having acted as may generally be expected in order to avoid or mitigate his loss and which, in circumstances such as those in the main proceedings, results in the court not making an order for provisional measures against the applicant obliging him to provide compensation for losses caused by those measures even though the patent on the basis of which those had been requested and granted has subsequently been found to be invalid, to the extent that that legislation permits the court to take due account of all the objective circumstances of the case, including the conduct of the parties, in order, inter alia, to determine that the applicant has not abused those measures.

Although the newly introduced rules concerning the consequences of an unfounded provisional measure seem to be clear now, it is for the Hungarian courts to establish how damage must be mitigated between the parties based on their conduct.

The recent amendments to Article 84/M(2) of the Patent Act allow that the revocation action before the HIPO may be suspended on a duly justified basis until the final conclusion of the EPO opposition. According to previous legislation and case law, if the subject matter of both actions were based on the same grounds and affected the same claims, the HIPO had very narrow discretion when deciding on the suspension. This previous practice was understandable and supported by professionals and parties because, if the EPO revoked the European patent in its whole content, the national counterpart would also lose its effect. In such cases, the HIPO would not have to take a decision on the merits and costs were saved for the parties.

In cases of partial revocation by the EPO, the case before the HIPO would have to be continued based on the remaining claims. According to the new legislation, the HIPO has discretion to suspend the proceeding and it seems that the EPO decision will be given priority in very special, duly justified cases only. Regarding the specially justified reason, the HIPO explained that, in cases where an expedited revocation action was ordered, the HIPO must reach a decision in the procedure within the shortest possible time. Since the EPO opposition procedure is not expected to finish within a foreseeable time, the suspension of the revocation action would prolong the existing legal uncertainty.

The Hungarian counterpart of a European patent can be attacked on the day that the application for validation was filed by the patentee. In most litigation cases, potential defendants are well prepared and have their claims already in place before the publication of the grant of the European patent. Accordingly, quick Hungarian revocation actions before the HIPO seem to be a good choice for potential defendants. As mentioned above, this would result also in the suspension of the infringement proceedings. In the case that a defendant misses this chance, there still the possibility of filing a counterclaim for invalidity and to obtain an expedited decision.

The new rules also apply in the case of counterclaims as Article 104(1d) of the Patent Act also advises that, where an opposition has been filed against a European patent, the infringement action may be suspended on a duly justified basis at the discretion of the court. According to the case law of the Hungarian courts, an EPO opposition against the European counterpart of the invoked and validated Hungarian patent results in suspension based on the general procedure rules contained within Article 123 of the Civil Procedure Code. The reasoning of the courts was that, with the EPO opposition, the validity (principle existence) of the patent invoked was questioned and, accordingly, no final decision on the merits could be rendered. It is yet to be seen how courts will interpret this new rule, also in the light of the HIPO’s new standpoint, as detailed above.

Note that the result of a revocation proceeding and infringement proceeding is different, thus the possibility of different factors being applied seems to be plausible. It is almost impossible to have restitutio in integrum in cases where a patent infringement is established, but later the patent is revoked by the EPO. Accordingly, if the EPO opposition is ongoing, the potential defendant is best placed if it files a counterclaim or separate revocation action before the HIPO to avoid the ambiguity of this new rule. There is no rule precluding the parallel actions and, as explained above, Hungarian forums will likely give priority to a national revocation action in an expedited procedure.

Extension of the Bolar exemption

The Bolar exemption has been included in the Patent Act for years under the experimental use exemption. The new Article 19(6c) clarifies, within the framework of EU law, that the experimental use that may be linked to obtaining a marketing authorisation for a medicinal product under the Bolar exemption may be used not only in the national territory but also in the case of a registration in another European Economic Area member state or in a third country. According to the ministerial justification for the purposes of the application of this regulation, an applicant or marketing authorisation holder who is exempted from the exclusive exploitation right and who carries out acts linked to the purpose of obtaining a marketing authorisation shall be deemed to include any other legal person within a group of companies cooperating with him or her for that purpose and any other person who is economically linked to him or her for that purpose. Acts covered by the exemption shall not exceed the extent necessary to obtain a marketing authorisation.

The Patent Act underwent several very significant amendments. These changes were necessary and they will make patent litigation matters more sophisticated to the point where much planning of the actions will be required. A summary of the changes is as follows:

The new rules and shortened deadlines will allow the parties to test their cases in Hungary and receive at least a first instance decision within 10 to 12 months in an expedited revocation action before the HIPO and within six to 12 months in a counterclaim for invalidity before the infringement court. This is considerable reduction in the duration of the proceedings, which will likely put Hungary on the patent litigation map of Europe.

Please note that our house style dictates that we must write one to nine as full words, but 10 onwards as numerals.