Patenting the AI pipeline: intellectual property for AI before standardisation

Over the past few years, and after decades as little more than a mathematical curiosity, useful industrial applications of AI have become commonplace. AI is now recognised as one of the primary drivers of computing development. In 2018, Canadians Yoshua Bengio, Geoffrey Hinton and Yann LeCun – the ‘godfathers of AI’ – received the Turing Award, computing’s highest honour, for their foundational work on deep learning. The International Data Corporation forecasts that worldwide revenues for the AI market will grow to nearly $330 billion in 2021, and will exceed $550 billion by 2024 (IDC Semiannual AI Tracker, January 2021).

Driven and enabled by the extraordinary growth of data globally, this surge in the AI industry has also spurred a flood of AI-related patenting. It is difficult to overstate the speed at which AI-based inventions have become part of the computing world and part of the patent landscape. Figure 1 shows the number of issued US patents per year that include AI-related terms in their description. In the early 2000s, around 1,000 US patents were issued each year that included the terms ‘back propagation’, ‘computer vision’, ‘object recognition’, ‘natural language processing’, ‘artificial intelligence’, ‘machine learning’ (ML) or ‘deep learning’. Beginning in about 2009, however, those numbers show nearly exponential growth. Similarly, a 2020 study by the EPO found that filings in the “core technologies underlying artificial intelligence” increased, on average, by 54.6% each year since 2010 (Patents and the Fourth Industrial Revolution, the EPO). Evidently, protecting AI inventions has become more popular with every year.

Figure 1. US patents granted each year with AI terms in the description. 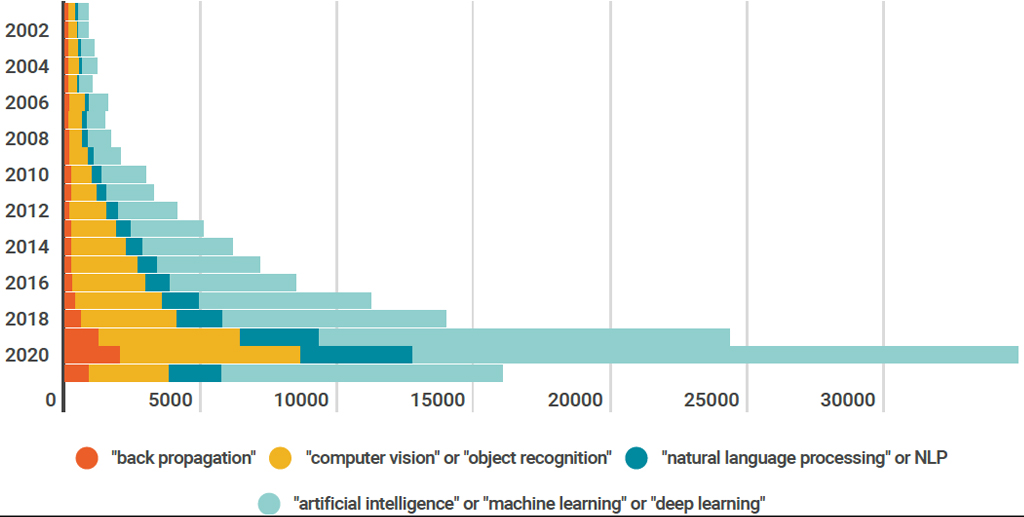 AI, like software in general, can be applied to nearly any field, from healthcare to education, from banking to military operations. An AI-based invention can, in some ways, be considered a special case of software invention or a computer-implemented invention (CII). Amid growing calls for AI standardisation, the development of AI-based inventions also seems likely to echo the development of CIIs and the software industry. It seems likely that AI will evolve from a profusion of specific, single-purpose tools into a handful of general-purpose platforms and systems that serve as the bedrock for later development. Given such evolution, it is worth discussing the many different aspects of AI that may provide patentable value all along the AI pipeline. As a starting point, it is useful to examine the industry’s moves towards standardisation and SEPs.

While it remains an open issue, the calls for AI standardisation are both national and international in scope:

AI standardisation of some form appears inevitable, if not imminent. Whether the standardisation of the industry leads to massive SEP portfolios – and to their associated licensing revenues – remains to be seen. SEPs are patents for inventions that are required for compliance with a specific technical standard. Therefore, to conform to the standard, the SEPs must be licensed or infringed.

From a patent enforcement perspective, AI SEPs are likely to benefit at least some rights holders. Where patents are designated as SEPs, operating according to the applicable standards necessarily requires using those SEPs. Accordingly, SEP owners need not specifically prove patent infringement in every case, as use of the standard arguably implies infringement. In addition, knowing which licences are required for a given use would likely improve predictability in the market for all players, both licensees and licensors – potential licensees no longer have to blindly license patents that may not be required to conform to a given standard.

Of course, in an AI ecosystem orientated towards standards, certain types of patent are likely to be more valuable than others. In particular, patents for different parts of the AI pipeline may provide different advantages to patentees.

Many aspects of AI may provide patentable value. However, it is important to note that the term ‘artificial intelligence’ is an umbrella term. AI covers many different technologies, including:

Systems built around ML – that is, more autonomous and fewer rules-based forms of AI – have been the primary focus of interest in recent years. In general, ML allows computers to make decisions and perform tasks using statistical models and algorithms, without requiring explicitly programmed instructions for every case, and relies on artificial neural networks (ANNs). In particular, deep learning (a type of ML that uses ANNs with multiple internal layers) has driven significant developments in many subfields of AI, ranging from computer vision to automatic speech recognition to pharmaceutical drug design.

Just as AI itself is a wide-ranging term, ‘AI-based invention’ also has a broad scope. The AI pipeline refers to a wide swath of technologies related to different aspects of AI, from the input stage to the end use. In general, AI-based inventions can be split into three basic categories, each of which has a place in a well-thought-out patenting strategy:

This category of AI-based invention includes inventions in which AI is applied to a specific use case or real-world problem. An early example of such an invention is the heart monitoring apparatus and method described in UK Application No 9602169, filed in 1997 by Cardionetics Limited. This invention uses a neural network to automatically analyse and monitor an electrocardiograph signal.

Some more recent examples of application-specific AI-based inventions include: 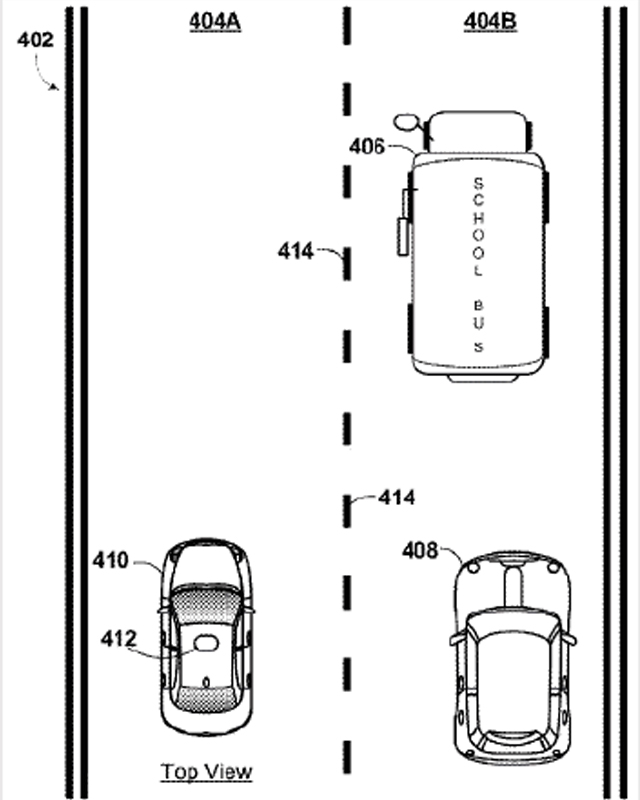 Although inventions in this category may be narrower in scope than fundamental AI improvements, they can nevertheless serve as strategic niche assets. In addition, as they typically demonstrate clear practical applications, they may benefit from swift patent grants in a number of jurisdictions.

Patents for fundamental AI technologies relate to improvements in neural networks and AI models themselves, without specific applications. For instance, US Patent No. 11,030,529B2, filed in 2018 and recently issued to Cognizant Technology Solutions, describes a “processor implemented method for evolving task-specific topologies in a multitask architecture”, for adapting learning networks to different tasks. Similarly, US Patent No. 11,030,997B2, also filed in 2018 and recently issued to Baidu USA LLC, provides “systems and methods for compressing… the memory requirements for storing and computing the model parameters in recurrent neural language models”. Such inventions relate directly to specific AI techniques and tools and/or improve the functioning of computer technologies when implementing AI (see Figure 3).

Figure 3. A graphical representation of output embedding layer compression, from USPN 11030997B2 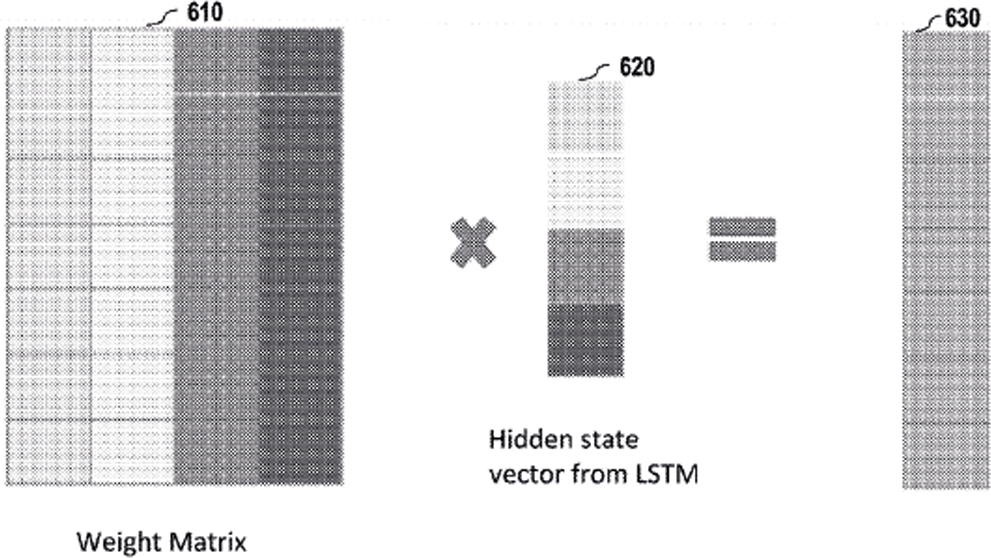 This category of inventions may include some of the most valuable patent assets, should the industry shift to a framework built on SEPs, as with smartphone technologies or wireless standards. Patents for these underlying technologies may have enormous potential as licensing assets and in establishing market dominance. A robust patenting and IP strategy should therefore consider patenting improvements to AI fundamentals, in addition to simply patenting the application of AI to specific problems.

Inventions that improve or enhance the use of AI technologies, without directly improving the AI itself, may be considered AI-supportive inventions. These AI-supportive inventions may themselves be AI-based, but may also include software and platforms for AI development, and even, in some cases, AI-specific hardware. For instance, the International Data Corporation (IDC) estimates that supplying AI-dedicated servers will be a $30 billion market by 2024 (IDC Semiannual AI Tracker, January 2021).

An important group of AI-supportive inventions relates to data. Globally, a huge amount of data is produced each year (estimated at 64 zettabytes in 2020, according to the IDC). Patent filings for data management technologies have increased, on average, by 22.5% per year since 2010 (Patents and the Fourth Industrial Revolution, the EPO 2020).

Data is essential for training, testing and running AI systems. However, despite the amount of data produced globally, obtaining data for training and testing AI can be difficult. Data ‘in the wild’ is often encumbered by privacy laws, user settings and copyright protections. Given the amount of data consumed and produced by AI systems, understanding the sources of and rights in data is essential to any IP strategy.

In light of the complexity of data gathering from real-world sources, methods that produce synthetic data may be valuable inventions that enable and support other AI inventions. Depending on the system, the resulting synthetic data may be specific to a single use (eg, training a particular AI model) or it may be useful in many different contexts. Such synthetic data would be free of many, if not all, rights issues that arise with data gathered in the wild.

As another example, patents for methods and systems that gather and compile real-world data from various sources can also become powerful assets, regardless of whether those methods and systems use AI themselves. Likewise, systems and methods that process and organise data for later use by AI can also be valuable tools. Such supportive technologies may be widely adopted and repurposed for new uses, thereby providing lasting value. In addition, patents for AI-supportive inventions may be easier to enforce than for AI fundamentals, meaning that the use of some AI-supportive technologies may be evident from outside an organisation – detecting infringement would not require access to competitors’ codebases.

The categorisation provides a workable framework or lens through which AI-based inventions may be viewed or assessed. Some inventions may blur the lines between these categories while other inventions may fall under more than one category. A single system (from a business perspective) may include many distinct inventions, each of which may be at a different place in the pipeline. In a standardised AI world, patents for fundamental AI technologies or for AI-supportive technologies may prove to be more valuable than patents for specific applications of AI. However, specific applications, especially those that lay the groundwork for later developments, may still form the core of a robust and valuable portfolio.

The three categories can be used to analyse ongoing and future AI-based research and development. In so doing, an IP strategy for that research and development can be easily mapped out, defining each potential invention’s place in the AI pipeline. Mapping out an IP strategy in this way enables an organisation to determine its strengths and weaknesses while also enabling it to decide where to allocate its resources. Strategically placing itself on one or more crossroads in a standardised AI landscape would be of enormous value for such an organisation.

At this stage, the entire AI pipeline – from gathering training data to designing models to applying AI to real-world problems – is open to standardisation. Since much of that pipeline may be patentable and, given the size of the AI market and its predicted growth, patents related to eventual standards could be hugely valuable. As global players in the AI space rush to mark their turf, those who can strategically position themselves in the eventual standardised AI landscape stand to reap substantial benefits. The future shape of the AI industry is being determined now and organisations must strategically assess not just their current AI IP portfolio, but also their future potential IP assets.

AI and patentable subject matter: considerations in some key jurisdictions

At a high level, many jurisdictions require that the subject matter of a patent demonstrate a ‘technical effect’ or a ‘practical application’:

Promisingly, in fields such as marketing and finance, where CIIs are often considered ‘business methods’, AI-based inventions might have more success in overcoming the patentable subject-matter hurdle than non-AI CIIs. In the United States in particular, patent applications that prominently claim AI aspects are more likely to avoid subject-matter rejections.

The USPTO has a separate art unit for AI and simulation/modelling. Between June 2020 and mid-May 2021, only 41% of office actions issued by the art unit were rejected on the grounds of patent-ineligible subject matter (USPTO Open Data Portal, Agency Trends).

In contrast, as illustrated in Figure 4, the three ‘business methods’ working groups were substantially more likely to issue subject-matter rejections. In particular, WG 3690, the working group dealing with financial, banking and insurance business methods, issued subject-matter rejections in 87% of its office actions (USPTO Open Data Portal, Agency Trends). The incorporation of AI techniques into inventions that might otherwise be classed as business methods, might dramatically improve the odds of smooth prosecution in the United States. 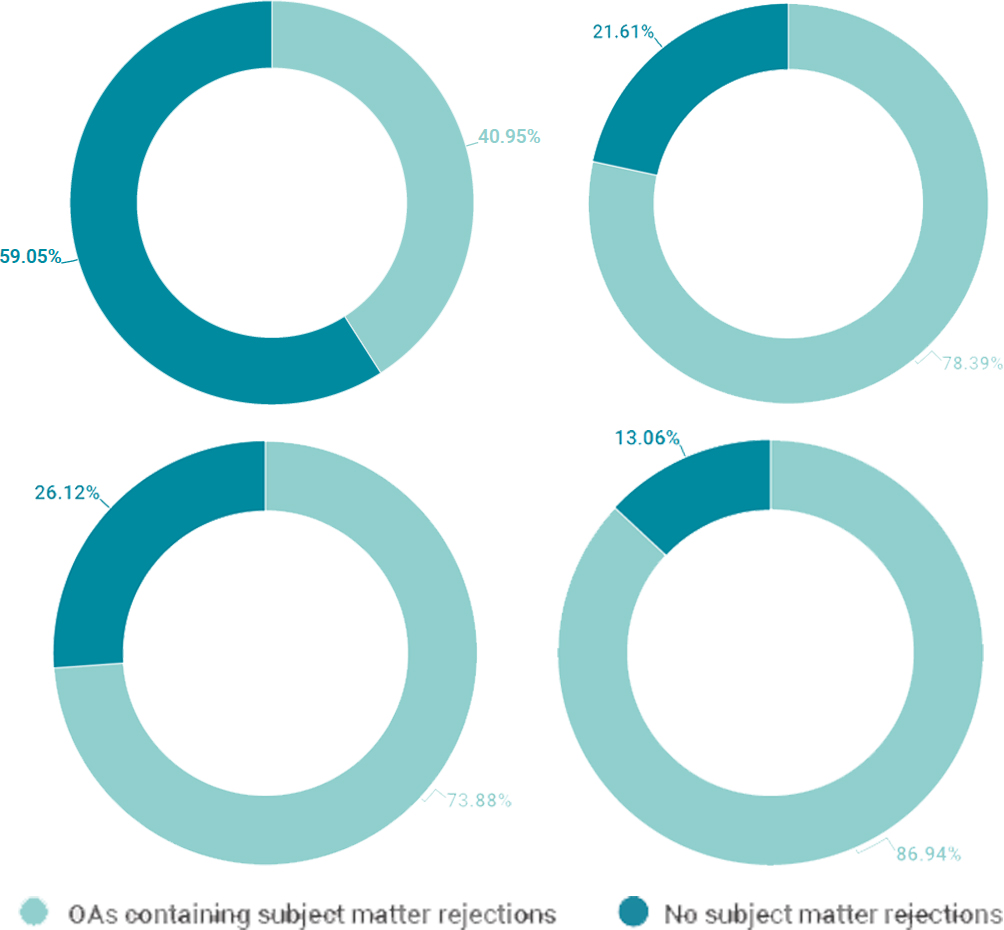