The most significant development in EU trademark law in 2019 is the implementation of the EU Trademarks Directive (2015/2436). This chapter addresses the latest decision regarding use of the EU trademark, acquired distinctiveness and bad faith filings, as well as pending convergence programmes.

The Trademarks Directive allows for an easier way to register unconventional trademarks now that the abolition of the requirement for a graphical representation of a trademark has been implemented in all member states. Moreover, the directive codifies common rules for the designation and classification of goods and services.

The implemented law should reinforce protection against bad faith trademark filings. A trademark should be declared invalid where the application for registration has been made in bad faith. Member states should also provide that such trademarks are not to be registered. Bad faith is an absolute ground for refusal in Poland, Germany, Finland and Hungary. In some countries, such as Poland, bad faith cancellation trademark proceedings may be exclusively examined by the Polish Patent Office. In other member states, like Germany, such claims may be filed before the patent office or in court; while in Bulgaria, Austria, Denmark and Italy, it is necessary to start a court or administrative action to fight against bad faith trademarks. Pursuant to the directive, all invalidity and revocation actions should be examined by the appropriate national intellectual property offices by 14 January 2023.

Bad faith is the mandatory opposition or invalidity ground for trademarks applied for by agents without authorisation. The trademark owner may oppose use of the trademark by an agent or demand assignment of the mark in its favour. Claims to transfer the bad faith trademark are possible in Spain, Ireland and Italy, but some member states do not provide regulation allowing for such transfer. 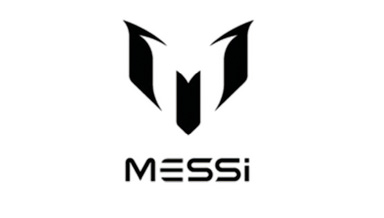 The Messi trademark was opposed by Jaime Masferrer Coma. Opposition was based on two prior word trademarks, including MASSI, registered in Classes 9, 25 and 28. The EU Intellectual Property Office (EUIPO) rejected the MESSI trademark (Lionel Andrés Messi Cuccittini v EUIPO (T 554/14)). EUIPO noticed that there was a likelihood of confusion between the MESSI and MASSI trademarks. The marks were extremely similar, as their dominant elements ‘messi’ and ‘massi’ are almost identical at a visual and phonetical level. As to the conceptual level, the EUIPO underlined that dissimilarity based on Messi’s fame would apply only in relation to part of the relevant public (ie, those that are interested in football and sport). The other part of the public, those who are not interested in sport and football, would not associate the word ‘messi’ with the football player and consumers would therefore perceive no conceptual dissimilarity.

On appeal, the applicant argued that there was no likelihood of confusion between the marks at issue. Messi complained that due to the globally known character of his name there was a difference on a conceptual level. He underlined that his reputation and fame go far beyond the sporting world. He is a public person known and recognised by the informed consumer, and so the name Messi is well known and recognised by consumers, excluding the risk of confusion. The applicant provided no evidence that the general public invariably and automatically associate the word ‘messi’ with the football player of the same name, or that the surname Messi is particularly unusual.

The General Court did not share the EUIPO’s findings on conceptual similarity. The court noticed that even though the applicant argued for the first time before the court and failed to produce any evidence to support his assertions, Lionel Messi is a public figure whose notoriety goes beyond the sporting field, and the EUIPO should have known this information when examining the case. The General Court underlined that the limitation of the factual basis of the examination made by the Board of Appeal does not preclude the board from taking into account, in addition to the facts explicitly put forward by the parties, well-known facts (ie, facts that are likely to be known by anyone or that may be known through generally accessible sources). The General Court admitted that the renown of the Messi name as the name of a world class football player and public persona is a well-known fact readily available via public sources. The General Court said that because of the applicant’s renowned name there will be conceptual differences between the MASSI and MESSI signs for a number of consumers. The difference regarding the conceptual level neutralises the visual and phonetic similarities between the signs. As such, there is no risk of confusion between the MESSI and MASSI trademarks.

The EUIPO brought an appeal submitting that taking into account only the perception of a significant part of the relevant public and failing to establish the relevance of the remainder of the relevant public, for whom the conceptual difference between the marks fails to counteract their visual or phonetic similarity, is not the right approach to examining the conceptual similarity and the General Court therefore erred in law. The case is pending.

The General Court noticed that the Board of Appeal relied on objective factors from a portfolio of evidence consisting of press and internet articles to determine that Neymar was a talented footballer who had already achieved a global standing in the world of football at the time of application. The fact that on the same day the applicant filed another football player’s name as a trademark shows that he has knowledge of football. The evidence and circumstances of the case prove that real purpose of the commercial logic behind the contested trademark filing was to take advantage of Neymar’s reputation making the intention dishonest. The General Court found that the applicant had acted in bad faith when he filed the application to register NEYMAR.

McDonald presented three affidavits for Germany, France and the United Kingdom, where significant sales figures in relation to Big Mac sandwiches were presented, along with packaging, promotional brochures, menus, brochures and printouts of advertising posters showing Big Mac sandwiches. Moreover, printouts from websites depicting the term ‘Big Mac’ in 18 member states, along with printouts from Wikipedia providing information on the Big Mac in different countries, were also presented.

Regarding affidavits, the Cancellation Division held that statements drawn up by the interested parties or their employees are generally given less weight than independent evidence. The probative value of such statements depends on whether they are supported by other types of evidence. The Cancellation Division noticed that all the documents provided originated from McDonald’s.

As to the web-page printouts, the Cancellation Division held that no evidence regarding the operating of the website was provided, such as records of internet traffic and hits received at various points in time or countries from which the web page had been accessed. Moreover, these documents provided no information on whether the order could have been made.

As to the packaging materials and brochures, the Cancellation Division held that no information was provided about how these brochures were circulated, who they were offered to, and whether they led to any potential or actual purchases. It was underlined that no independent evidence was submitted proving how many of the products for which the packaging was used were actually offered for sale or sold. The submitted evidence did not give sufficient information to support the sales and turnover figures claimed in the affidavits.

The Cancellation Division decided that the submitted evidence provided no data for the real commercial presence of the contested trademark for any of the relevant goods or services. The materials provided were insufficient to establish genuine use of the trademark and the McDonald’s mark was cancelled due to non-use. McDonald’s filed an appeal and proceeding is pending. 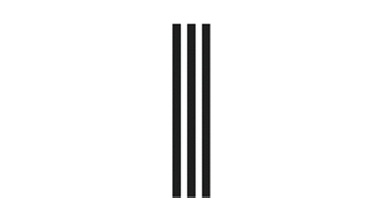 On appeal, adidas argued that as a result of misinterpretation of its trademark and misapplication of the law of permissible variations, the Board of Appeal had dismissed various evidence. The applicant held that adidas trademark has a surface pattern that may be reproduced in different dimensions and proportions depending on the goods on which it is applied. The General Court noticed that trademark was registered as figurative mark confirmed by the trademark description. Neither a graphic representation nor a description of the adidas mark proves that it is composed of a series of regularly repetitive elements. The General Court concluded therefore that the adidas trademark is an ordinary figurative mark.

adidas did not argue over the extremely simple character of its trademark, but raised the point that the Board of Appeal wrongly assessed that even a slight variation produces a significant alteration to its the characteristics as registered. The General Court held that the simpler the mark the more likely an alteration will affect one of its essential characteristics and the mark’s perception by the relevant public.

As to the inversion of the colour scheme, the General Court held that because of the extreme simplicity of the adidas trademark, the act of reversing the colour scheme, even if a sharp contrast between the three stripes and the background is preserved, cannot be described as an insignificant variation. The same refers to colour combination.

Regarding acquired distinctiveness, the General Court stated that it was not possible to establish a link between the figures provided by the applicant and the adidas trademark, as well as between those figures and the goods in question. The General Court said that the results of the five market surveys submitted could neither be extrapolated to all the member states, nor completed and supported in member states not covered by those surveys with other evidence produced by the applicant. The General Court discovered that the applicant did not prove use of the adidas trademark throughout the European Union. Further, the evidence provided was insufficient to demonstrate that, by virtue of that use, the contested trademark has come, in the whole of that territory, to identify the goods for which it was registered and thus to distinguish those goods from those of other undertakings. The General Court dismissed the appeal. adidas still has time to file an appeal.

CP8: use of a trademark in a form differing from the one registered

The main aim of Convergence Programme 8 (CP8) is to unify the assessment of genuine use when a trademark is used in a form differing from the one registered. Common practice prepared by a working group provides a set of principles and examples on the use of a trademark in a form differing from the one registered by taking into account the impact of additions, omissions and character modifications on the distinctive character of registered word marks, purely figurative marks and composite marks (ie, a combination of word and figurative elements). A draft of the common practice is under public examination and will be presented at a plenary meeting on 21 October 2019.

CP9: distinctiveness of shape marks containing other elements when the shape itself is non-distinctive

Common practice focuses on assessment of the overall inherent distinctiveness of shape marks consisting of a non-distinctive shape related to the goods and services (ie, the product itself, part of the product or its packaging) and other elements within absolute grounds of examination. A draft of the common practice is under public examination and will be presented at a plenary meeting on 21 October 2019.

CP11: new types of trademark – examination of formal requirements and grounds for refusal

The Trademarks Directive implementation process is almost over, but differences in national laws remain. Common practice worked out during the convergence programmes should help to level the playing field and unify member state trademark law. Based on the pending McDonald’s and adidas cases, the decisions expected next year should be interesting.