On 29 June 2018 the Constitutional Court of Hungary published its decision on how to interpret the relevant rules of the Constitution regarding the ratification of the Agreement on a Unified Patent Court. The interpretation was made at the request of the minister of justice, acting on behalf of the government of Hungary. The court had been asked to decide:

The establishment of unitary patent protection and the Unified Patent Court has been underway for years. The Agreement on a Unified Patent Court has been signed by 25 member states. The requirement for the agreement to enter into force is ratification by at least 13 countries, including the United Kingdom, France and Germany; at present, 16 of the 25 EU member states that signed the agreement have ratified it. In April 2018 – following the Brexit vote – the United Kingdom finally ratified the Agreement on a Unified Patent Court and the Protocol on Privileges and Immunities. In Germany, following parliamentary adoption of the legislation on the implementation of the agreement, a constitutional complaint was lodged with the German Constitutional Court. While handling the content of the complaint in confidence, the German Constitutional Court asked several organisations to express their views on the matter; this consultation lasted until the end of 2017, while the complaint was placed on the 2018 task list. It is thus expected that the start date of the Unitary Patent Package (UPP) and Unified Patent Court system will be determined in 2018 if the German Constitutional Court holds a positive opinion of ratification. If not, everything must be re-evaluated.

Decision of the Hungarian Constitutional Court

In January 2017 the former deputy vice president of the Hungarian Intellectual Property Office (HIPO) Mihaly Ficsor provided a detailed analysis of the constitutional issues arising from the Agreement on a Unified Patent Court. This was published in the Gazette on Law Science. Following this, the minister of justice filed the motion for interpretation with the Constitutional Court in July 2017. The motion was repeatedly debated by the Constitutional Court before the court concluded that: “an international contract transferring jurisdiction related to judgement in a group of private law disputes to an international institution, and thus completely subtracting such disputes and the constitutional review of judicial decisions from Hungarian state jurisdiction, cannot be published.”

Following ratification of the Agreement on a Unified Patent Court, the Unified Patent Court would have exclusive power to decide patent-related matters and it would only be possible to appeal its decisions within this system. This would mean that the Hungarian Constitutional Court could not review these decisions, which would constitute a violation of the country’s sovereignty (however, it should be noted that two constitutional judges made a separate statement against this interpretation).

The Constitutional Court recalled that Hungary did not forgo its sovereignty by joining the European Union, but only allowed for the joint exercise of certain powers; accordingly, the existence of Hungary’s sovereignty should be presumed when assessing the joint exercise of additional competences in relation to the rights and obligations stated in the founding treaties of the European Union. The body stressed that the enhanced form of cooperation is subject to special judgement in the public sphere. Hungary can conclude an international treaty of which only EU member states are parties and under which the institution established applies EU law, but this will become part of EU law only if its legal basis is in the founding treaties. The government must therefore examine whether the powers to establish the institution have already been defined in the founding treaties of the European Union. In its analysis, the Constitutional Court raised its previous decision, confirming that: “any contract that results in further transfer of powers stated in Constitutional Law of Hungary by joint exercise of powers by the institutions of the European Union shall be authorised by the vote of two-thirds of the members of parliament.”

Since joining the system has both advantages and disadvantages for Hungarian firms, careful consideration is needed before Hungary ratifies the Agreement on a Unified Patent Court. The decision of the Hungarian Constitutional Court is a key event in the ratification process. However, the court’s decision will not affect the launch of the whole system; it affects the accession of Hungary only.

Why is this interpretation especially important for domestic SMEs? On the one hand, innovative domestic companies could benefit from the lower costs of obtaining patents under the unitary patent regime; however, these costs will be lower across the board, resulting in a sharp increase in the number of patent rights valid in Hungary, which could easily impede the activities of domestic companies, especially SMEs. While the uniformity of Unified Patent Court decisions would be another advantage for companies, those companies would have to factor in a huge increase in patent litigation costs. This is another disadvantage of the system from the Hungarian point of view. Indeed, it seems that the advantages of the Unified Patent Court system are mostly weighted on the side of developed countries and their companies, while the disadvantages exclusively affect small and technologically underdeveloped countries.

Further, Hungarian companies – especially SMEs – are not prepared for the consequences of ratification of the Agreement on a Unified Patent Court. The industrial property awareness and preparedness of Hungarian SMEs, as well as their participation in R&D, are very low. Accordingly, the government has a special role in providing Hungarian companies with proper information regarding the possible significant increase in the number of valid patents in Hungary following adoption of the unitary patent regime, along with its possible effects on domestic companies.

At present, it seems that the largest beneficiaries of the UPP and the Unified Patent Court systems will be multinational companies from outside the European Union, especially US and Chinese companies, which will be able to use their advantageous position to acquire monopolies on their new products and services at a lower cost and across more countries.

The HIPO ordered an impact study from PricewaterhouseCoopers, which was prepared in early 2014. The study clearly identifies the disadvantages of the unitary patent system. According to its prognosis, the amount of patent litigation will increase dramatically. The study indicates that Hungarian entrepreneurs will likely be taking the position of defendant; this opinion is supported by the low numbers of European patents granted to Hungarian applicants. The study proposes that the Hungarian government ratify the cooperation only if Hungarian innovation expenditures exceed 1.8% of GDP. Two additional impact studies have been ordered by the government and numerous possible users of the UPP and the Unified Patent Court system, as part of which leading Hungarian enterprises have been asked for their opinion; however, the results of these last two impact studies have not yet been published.

There has still been no final decision on whether a regional division of the Unified Patent Court will be established in Budapest, which is another essential condition for the start of the unitary patent system.

The government, including the newly formed Ministry of Innovation and Technology, has a great responsibility to support Hungarian companies, especially SMEs, in preparation for the new unitary patent system. This may be crucial, since Hungary was ranked at number 33 in the World Intellectual Property Organisation’s Global Innovation Index 2018, moving up six positions. The country’s innovation-efficiency ratio was ranked in the top 10.

While the Unified Patent Court system can be viewed as a way of providing cheaper maintenance costs for patent owners, another more interesting factor is litigation strategy. With the potential start of the Unified Patent Court, an additional venue will arise for plaintiffs to file infringement suits and for defendants to initiate nullity actions. The Unified Patent Court will have jurisdiction regarding both unitary and European patents, and during the seven-year transitional period the national courts will continue to have jurisdiction over European patents. Now that Hungary will not be ratifying the Unified Patent Court Treaty – for some time at least – the Metropolitan Court in Budapest, with its special jurisdiction within Hungary for industrial property law, will continue to be an important venue. This will provide certainty for litigating companies, since they will be able to rely on the previous national case law and need not deal with the uncertainties arising from a new set of rules and new judges with different national legal backgrounds. If a patentee maintains its patent for the territory of Hungary, it need not be afraid of a central nullity action, provided that it opts out of the European patent option. One disadvantage will be for alleged infringers, because they will be obliged to file nullity actions before the HIPO.

Since Hungarian patent litigation is mostly a playground for big pharmaceutical countries who are in almost all cases involved in EU-wide litigation, the question concerning parallel systems will certainly arise. Patentees should validate their European patents to Hungary or use the Patent Cooperation Treaty system for national applications. 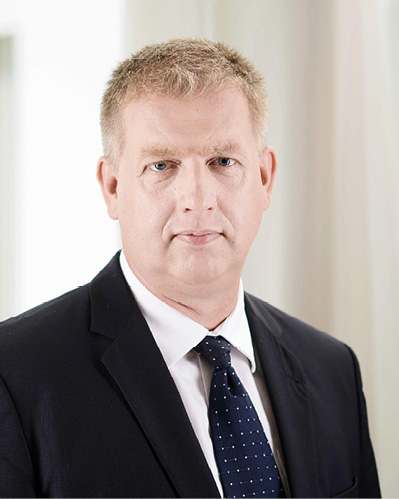 Szabolcs Farkas obtained degrees in bioengineering and biomedical engineering from the Technical University of Budapest. During his 20 years spent at the Hungarian Intellectual Property Office (HIPO) he gained experience as a patent examiner, and later as head of the chemistry and biotech section, followed by the whole patent department. By the time he left the HIPO for private practice he had achieved the rank of vice president. Mr Farkas’s main role at SBGK encompasses innovation and IP counselling, with a special focus on chemical and biotech IP solutions and R&D projects. The expertise in prosecution procedures he gained at the HIPO is exceptional. 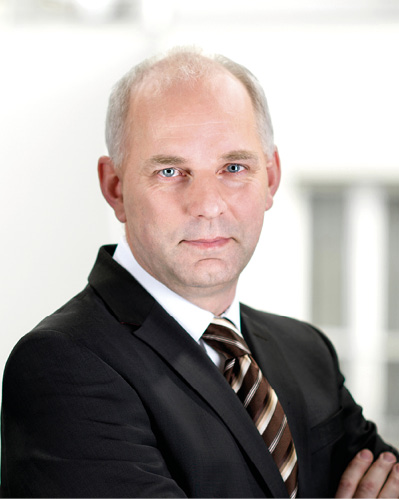 Zsolt Szentpéteri is the newly elected managing partner of SBGK Patent Attorneys. In 1997 he graduated with an MSc in chemical engineering from the Technical University of Budapest. A qualified Hungarian and European patent attorney, he is a member of the Hungarian Chamber of Patent Attorneys, the International Association for the Protection of Intellectual Property and the International Federation of IP Attorneys. His practice areas cover patent prosecution and validation, litigation and technology transfer. Mr Szentpéteri has gained substantial experience in inorganic and organic chemistry, polymer chemistry, food chemistry, pharmaceutical chemistry and biotechnology.