Geographical indications have allowed for trademark protection within numerous multilateral, bilateral and regional trade agreements. This is mainly due to the important role that they play in the world economy, informing consumers of the origin of a particular product, its reputation, quality and other characteristics embedded in its geographical birthplace.

Costa Rica is one of the most developed countries in Central America and in recent years has focused on adding value to its food production through the adoption of certain labels and other quality designations to distinguish its products from those of other undertakings and jurisdictions. Such is the case for Costa Rican coffee, handicrafts made in Nicoya and Santa Cruz Guanacaste or Sarchí, Alajuela, bananas and cheese from Zarcero and Turrialba.

According to the World Trade Organisation (WTO), a designation of origin is a type of geographical indication which interacts with the historical, cultural and geographical realities of a certain country or a region within a country. Cheese is precisely one such product – made particularly appealing as a result of its artisanal creation in many countries around the world, including Costa Rica.

Costa Rica is well known for having 5% of the world’s biodiversity in a single territory. Visitors flock from around the globe to see miniature frogs, unique orchids and the world-famous smiling sloth. It is clear why Costa Rica was recently ranked as one of the happiest countries in the world and the happiest in Latin America (according to the World Happiness Report 2018, which ranks 156 countries by happiness levels and 117 countries by the happiness of their immigrants, and which is approved by the United Nations). Happiness is vital to the production of high-quality products and success.

Among the green valleys of Costa Rica, on the Caribbean side, is the province of Cartago. Within Cartago is the district of Turrialba, located on the slopes of the Turrialba Volcano. The area extends to around 127,40 square kilometres and has a population of more than 3,000 people. It is precisely in this location that 70% of Costa Rican cheese is produced – the very cheese that almost all Costa Ricans eat daily.

The establishment of a designation of origin is the recognition of the quality of a product based on its cultural relevance within the local traditions and customs of a nation. It is precisely this recognition that highlights these qualities for third parties, thus establishing limits and boundaries when faced with similar products. One such designation of origin is the label of quality and of the artisanal process of cheese making in the Turrialba region of the Costa Rican mountains.

Costa Rica first afforded protection to geographical indications in 1994 when it enacted the Agreement on Trade-Related Aspects of Intellectual Property Rights (TRIPs) – one of the founding treaties of the WTO. Article 22 of TRIPs states that: “Geographical indications are, for the purposes of this Agreement, indications which identify a good as originating in the territory of a Member, or a region or locality in that territory, where a given quality, reputation or other characteristic of the goods is essentially attributable to its geographical origin.”

Since 1994 the Costa Rican government has put in place various pieces of legislation affording total protection to geographical indications and designations of origin. Costa Rica is a small nation but is plentiful in the quantity and quality of its products, and these are exported worldwide.

In the past, goods such as cheese may have been considered to be a simple commodity, and therefore were taken for granted. Being well aware of the value that a geographical indication adds to goods, the cheese producers of Turrialba established an organisation of cheese producers from the region which went on to establish rules and impose trade barriers for other Costa Rican cheese producers and to highlight the qualities of Turrialba cheese. 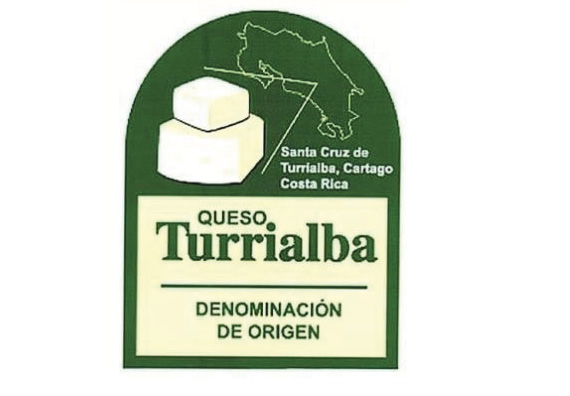 There are approximately 250 cheese manufacturers in Turrialba which are covered by its designation of origin. Turrialba cheese is manufactured by families from whole raw milk originating from cows that graze at the foothills of the Turrialba Volcano and in nearby areas, producing a high-quality, fresh cheese with a semi-hard consistency, which is low in fat, creamy white to creamy yellow in colour and with a mild aroma.

As Costa Rica is a small country, it is fascinating to examine how such large-scale cheese production is possible. Costa Rica does not boast a unique Turrialba breed of cow or a specific type of grass endemic to the region; however, there are certain conditions that make Turrialba cheese special and of such good quality.

Costa Rica was conquered by Spain and, due to existing links between the two nations, it is believed that cheese producers may have arrived from Castilla La Mancha in Spain more than 100 years ago and introduced local Turrialban farmers to the art of cheese making – a tradition that now spans generations and which has been inherited by certain families in the Turrialba region.

The designation of origin recognition process was initiated in 2000 when technical studies were conducted to characterise products, their qualities and links with a territory. Agronomist Leonardo Granados headed up the process alongside the National Institute of Research and Transfer in Agricultural Technology, with financial aid from the University of Santiago de Compostela in Spain, the Spanish Agency for Development Cooperation and the Hemispheric Programme of Rural Agrobusiness. The process was successfully completed in November 2012.

The introduction of the designation of origin for Turrialba cheese created friction among other cheese producers, which in the past had claimed that the name ‘Turrialba cheese’ was generic and had filed appeals with the Industrial Property Registry based on existing trademark rights over the name. At that time, a milk production company was (and still is) using the terminology ‘Turrialba-type cheese’. The trademark rights currently remain in the hands of Costa Rica’s main milk producer.

The Turrialba cheese producers are members of the Association of Agricultural Producers of Santa Cruz of Turrialba (ASOPROA). This membership helps to ensure that quality standards are met and IP rights are respected by third parties. Several years ago, the ASOPROA initiated the designation of origin registration process with the Industrial Property Registry.

In the meantime, the ASOPROA has undertaken a number of measures. The TURRIALBA trademark owner has indicated that it will continue to use the designation ‘Turrialba-type cheese’ for some of its products because it possesses the rights to a previously registered trademark through the Industrial Property Registry. However, the ASOPROA is radically opposed to this practice and has indicated that the producers are the rightful owners of the brand and the designation of origin. The ASOPROA has also indicated that it will take legal measures to ensure healthy competition. The process remains an ongoing battle.

The ASOPROA has stated that in order to achieve designation of origin protection, it had to establish the existence of a clearly defined geographical production area, within which there is a particular combination of natural and human factors typical of the geographical environment and that confer a certain quality and specific characteristics to the Turrialba cheese produced there.

The Turrialba case is one of conflicting IP rights. The Industrial Property Registry must define the path that it intends to follow regarding whether the trademark rights will prevail despite the existence of a century-old cheese production process backed by a designation of origin. 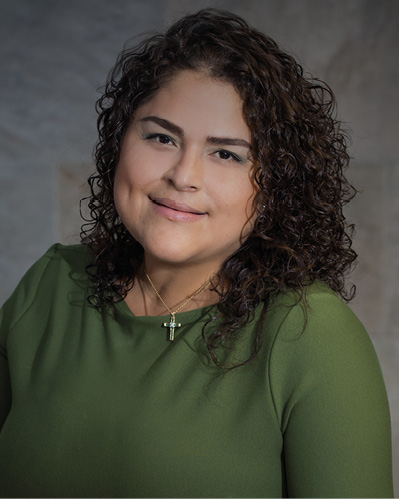 Gabriela Bodden has more than 20 years of expertise in intellectual property. She co-heads Eproint’s international IP department, focusing primarily on trademark, copyright, patent and anti-counterfeiting matters, as well as advertising and legal disputes. Ms Bodden also counsels clients in the selection and registration of IP rights and their enforcement. She regularly advises clients on complex contractual matters, piracy prevention and strategies which add a significant competitive advantage to clients’ portfolios.

Ms Bodden has extensive experience in handling complex international IP portfolios throughout Latin America and the Caribbean on behalf of a broad range of clients in a wide variety of industries. The majority of her work is client facing, but she also spends time managing the group and training her assisting team.