SEPs in the automotive sector

In recent years there has been an abundance of litigation regarding standard-essential patents (SEPs) in the telecoms sector worldwide, commonly known as the ‘smartphone wars’. The major telecoms players are thus experienced in both the assertion of SEPs and defending against them.

In the automotive sector the picture is different, at least in Germany. In 2017 between 900 and 1,000 new proceedings were initiated in Germany (the majority of patent litigation proceedings in Europe). To date, there have been no published decisions where an automotive company has been sued for patent infringement based on SEPs. This is surprising considering that modern cars could be described as ‘smartphones on wheels’ due to the connectivity features that they offer (eg, Bluetooth connections, universal mobile telecommunications systems, long-term evolution (LTE) modules and WiFi connectivity). These are basically the same technical features that are at the centre of the majority of SEP infringement cases related to smartphones.

In Autumn 2017 Avago/Broadcom launched a first wave of patent infringement lawsuits against members of the Volkswagen Group in the Mannheim District Court. In Summer 2018 this first wave was followed by a second. The lawsuits concerned implementation patents regarding various features of wireless connectivity (eg, antenna design), but were, to the extent publicly known, not based on SEPs. A number of suppliers to the Volkswagen Group joined the proceedings in support of the defendants, allowing them to take part and file their own briefs. However, the suppliers were generally not allowed to contradict any position taken by the Volkswagen Group.

Although there has been no publicly known litigation based on SEPs against players in the automotive sector, there have been efforts to monetise SEPs relating to communication standards by licensing SEPs to car manufacturers and their suppliers. In December 2017 it was announced that Avanci – describing itself as a platform for licensing patents – had entered into a licence agreement with the BMW Group for SEPs related to cellular standards. The fact that the BMW Group took a licence from Avanci triggered some interest in the industry and raised additional awareness and interest in SEPs and their application in the automotive sector.

There has been an abundance of SEP litigation in the telecoms sector in recent years and a body of case law has emerged concerning the obligations of SEP owners under the European Court of Justice (ECJ) Huawei v ZTE decision. Without going into the details of the relevant precedents, this case law is still in flux and therefore potentially subject to change. With respect to Germany, as yet there is no Federal Supreme Court decision available dealing with Huawei v ZTE. The current situation can be summarised in that Germany continues to be an environment friendly to SEP owners. Thus, Germany is and will continue to be attractive for future SEP litigation in the automotive sector. The requirements of the ECJ Huawei v ZTE decision are interpreted by the German courts in such a way which plaintiffs can very well handle. Of particular importance is that the German courts give the patent owner wide discretion regarding the determination of a fair, reasonable and non-discriminatory (FRAND) royalty rate in the licence offer. The same applies for the required explanation regarding the way in which the royalties were calculated. Thus, if the SEP owner has done its homework properly, the infringer will have a hard time in challenging the FRAND character of the licence offer. Moreover, experience shows that in most cases defendants are not willing or in a position to make a FRAND counter-offer which sustains the scrutiny of the court. There appears to be no case in Germany in which a defendant had responded to the FRAND offer of the plaintiff with a counter-offer which was actually considered by a court to be FRAND. The consequences of this would be that a German court would render an injunction if the patent is infringed and the FRAND defence fails accordingly. Also, a stay of the proceedings in view of pending opposition or nullity actions is rare in Germany. These are nice prospects for SEP owners.

The most likely targets for the assertion of SEPs in the automotive sector are car manufacturers. Car manufacturers are comparable to telecoms device manufacturers (eg, Samsung, Apple and HTC), which were the main targets for the assertion of SEPs in the past. The recent litigation initiated by Avago/Broadcom also points in this direction. Some significant differences between mobile phones and modules with connectivity features (eg, WiFi, Bluetooth and LTE) in cars exist. No car manufacturer has been involved in the creation of relevant standards, so their general interests have never been represented. This must be borne in mind in respect of cartel law, particularly if car manufacturers are the correct parties to take licences to SEPs in the automotive sector (or their suppliers).

Also relevant is the licensing practice that may evolve in the automotive sector. In an order on the admissibility of the preliminary enforcement of a first-instance decision in proceedings where an SEP was enforced against a major German network carrier, the Karlsruhe Court of Appeals recently held that if an SEP owner usually concludes licences with smartphone manufacturers, and if that smartphone manufacturer is known, it can be expected that the SEP owner will make a licence offer to the manufacturer. This finding applies if the smartphone manufacturer is willing and able to take a FRAND licence (Karlsruhe Court of Appeals, docket 6 U 44/15, 23 April 2015). Taking this decision into account, discussions are likely to arise as to whether car manufacturers or suppliers are the correct parties to take licences to SEPs regarding connectivity features implemented in cars. However, other courts seem to take a more liberal view, finding that SEP owners are free to choose the level of the distribution chain at which SEP licences are granted.

Involvement of suppliers in litigation against car manufacturers

One strategy for SEP owners to avoid such debate over SEP licensing could be to establish a uniform licensing practice in the automotive sector for SEPs relating to wireless technology, pursuant to which such SEPs would be primarily licensed to the car manufacturers, at least to the extent that original equipment manufacturer (OEM) parts are to be licensed (ie, where the relevant component that is implementing the wireless technology is installed in the course of the manufacture of the car or is sold under the brand of the car manufacturer as a spare part in the aftermarket). With respect to independent aftermarket sales, a different licensing practice would have to be implemented. If SEP owners can establish such a licensing practice, it would be easier for them to argue that car manufacturers are the correct addressees for taking a licence to SEPs, at least with respect to OEM sales.

Whether the licence agreement entered into between Avanci and BMW can be used to establish such industry practice is unclear. In a 1 December 2017 press release Avanci stated: “Today, Avanci announced that it has signed a patent licence agreement with BMW Group that will to a large extent be handled through its supplier for telematics units, providing them access to the essential wireless technology of many different telecommunication and patent holding companies.”

Are injunctions mandatory if infringement found?

Under German law an injunction is granted if an infringement is found and no other defences are successful. With respect to the assertion of SEPs in the telecoms sector, in the past it has repeatedly been argued that rendering an injunction because of the infringement of one patent through a product that makes use of thousands of patents is disproportionate, and thus no injunctions should be granted against such products. However, the disproportionality argument has been unsuccessful due to the clear wording of the relevant German statute. The same will likely be true for the automotive sector, even though it might appear that it is even more disproportionate to stop sales of a complete car based on an infringing wireless connectivity feature. Defendants might therefore be tempted to make disproportionality a part of their argument to avoid an injunction. The argument could be that wireless connectivity is not one of the core features of cars that are currently sold. However, this potential argument has an expiry date, since wireless connectivity may in the future become more important for cars, particularly in light of autonomous driving. In Germany, enforcing a first-instance decision requires the plaintiff to provide a bond sufficient to cover potential damages suffered through the enforcement. Such potential damages (and thus the bond) are likely be very high if complete cars are concerned.

Since car manufacturers have the largest commercial exposure when being approached by a SEP owner to take a licence to its SEP – and also for potentially being sued for infringement of that SEP – it is to be expected that SEP owners may target car manufacturers when monetising their SEPs. It remains to be seen what specific defence arguments car manufacturers will develop compared to mobile phone manufacturers, particularly regarding the FRAND defence. 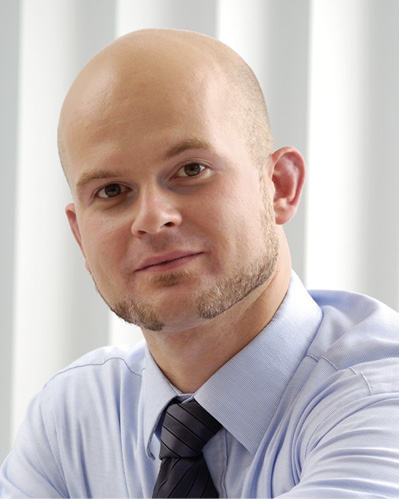 Jasper Meyer zu Riemsloh, LLM (Sydney), is a partner at Wildanger and has worked as a patent litigator for 10 years. He specialises in patent law and represents clients in infringement and nullity actions in the German courts and European Patent Office opposition proceedings. He has participated in various cross-border patent infringement proceedings and is involved in numerous proceedings regarding the enforcement of standard-essential patents (SEPs) in the telecoms sector on both the plaintiff and defendant sides. Mr Meyer zu Riemsloh was involved in shaping evolving German case law after the European Court of Justice Huawei v ZTE decision regarding the fair, reasonable and non-discriminatory defence and the assertion of SEPs. 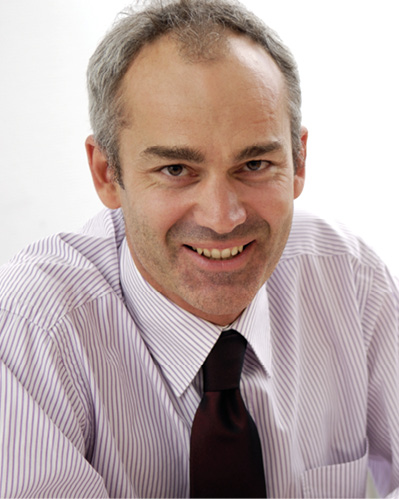 Peter-Michael Weisse, LLM (Tulane), is a partner at Wildanger and an experienced patent litigator. Since 1996 he has handled a remarkable number of patent infringement proceedings. In recent years he has led extraordinarily successful campaigns for plaintiffs asserting SEPs and has handled prominent cases which led to some of the first German judgments after Huawei v ZTE. Mr Weisse is recommended in Chambers Europe 2017, Who’s Who Legal 2017, Legal 500 2017, IAM Patent 1000 2017 and JUVE German Commercial Law Firms Handbook 2017. 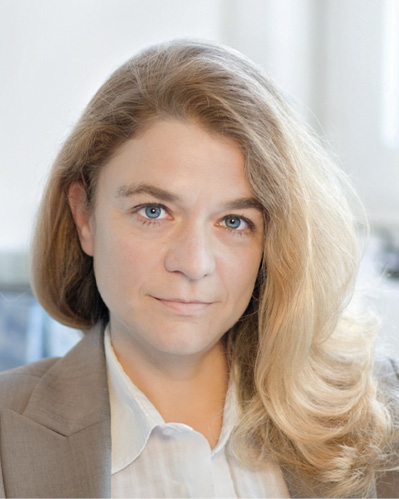 Eva Geschke is a partner at Wildanger and has worked as patent litigator for almost 20 years. She advises clients working in different technical fields – including pharma, chemistry and electro-technology and mechanics – and represents them in infringement actions before the German civil courts and in revocation actions before the European Patent Office or the Federal Patent Court. In recent years, Ms Geschke has acted in many cases regarding SEPs which have led to some of the first German judgments implementing the European Court of Justice Huawei v ZTE decision. She regularly lectures on different aspects of patent law and is found recommended in Who’s Who Legal 2017, Legal 500 2017, IAM Patent 1000 2017 and JUVE German Commercial Law Firms Handbook 2017.