SEPs in German courts: implications of the largest joint development processes ever

What are the effects of a patent?

The owner of a patent may, among other things, prohibit any third party from using its patented invention. This injunctive relief is intended to reward the owner for having invested in the development of the invention, and is a powerful weapon against competition, since it creates a monopoly on the use of the invention for the patent owner. The competition is forced to get by without the invention or – in the case of a good patent – use a technically or financially disadvantageous solution. Thus, patent law conflicts with the spirit of antitrust and competition law, in which monopolies are undesirable. This contradiction is known and deliberate, since innovations are just as much a prerequisite for a functioning economy in developed economies as largely free competition between companies. The monopoly available to the patent owner is valid for 20 years and the owner must pay renewal fees. The patent is carefully examined by the patent office before it is granted, and its validity can be challenged at any time by any third party (eg, before the Federal Patent Court). The infringement of a patent is examined by specialised courts in Germany. Overall, this procedure sets comprehensible limits on the exercise of a patent.

What is an SEP?

Today, standards are set across many technological fields in order to improve the marketability of the corresponding products. One example is technologies for processing video data. Consumers like to be able to play the video data made available on the Internet or transmitted by television stations on their smartphones and television sets. Without unified technology this would only be possible to a limited extent – for example, as in the days of analogue television during which two incompatible systems, PAL and SECAM, were used for the transmission of video data.

What does FRAND mean?

It follows directly from the described characteristics of an SEP that there is a need for agreement among the participants in a standardisation procedure regarding the subsequent use of SEPs in the commercial use of the standardised technology. The usual agreement in the run-up to standardisation is that rights of use should be granted to each other and to third parties and are to be fair, reasonable and non-discriminatory (FRAND), under conditions not yet defined in detail. The definition of these FRAND conditions is reserved for a later negotiation, since the economic conditions are not sufficiently foreseeable in advance.

How are FRAND conditions determined?

In the simplest case, FRAND conditions are determined by bringing together as many patent owners as possible, which agree on fees for the use of the patents within the implementation of the standard and a distribution of the fees to the patent owners. The basis for such an agreement is given, as typically many companies participating in the market of standardised products are involved in the standardisation process.

The aim is to license as many users of the standard as possible on uniform terms. This goal has repeatedly been achieved for standards in the field of video compression, for example. However, if no such agreement exists, the patent owners negotiate individually or in smaller groups about the conditions for the use of SEPs by individual users or groups of users. It is then much more difficult to create uniform conditions and much harder to reach all users of the standard. Unfortunately, this situation is predominantly the case (eg, in the field of mobile communications technology).

What is the role of the courts?

The obvious stumbling block in licensing SEP patents is the determination of the FRAND rate. Where the parties cannot agree on finding a FRAND royalty rate, the patent owners may choose to enforce their patent rights – especially the injunction claim. Once an injunction claim is granted, the parties typically take into account the pros and cons of pursuing litigation to the end before they decide on a solution.

To confirm the injunction claim, the court first determines whether the patent has been used. This is business as usual and is especially straightforward in many SEP cases, since the use is described in the standard document; basically, the standard and the patent must be compared.

The famous Huawei v ZTE decision of the European Court of Justice (ECJ) set rules on the schedule of the negotiation process between an SEP owner and an unlicensed user of the corresponding standard. This decision was based on questions brought by the Dusseldorf District Court to the ECJ.

The dispute between the parties concerned ZTE’s determination of FRAND conditions for the use of a Huawei SEP in the field of mobile telephony. The decision presupposed the use of the patent. The ECJ stated that where a patent confers a dominant market position on the patentee, it may possibly constitute an infringement of competition law if the patentee enforces its right to injunctive relief. A similar question was also the basis of the 2009 Orange Book decision of the German Federal Court.

All this must be done without any delaying tactics and the offers must be FRAND (however, although the determination as to whether an offer is FRAND is the key issue here, the Huawei decision did not address it).

Recent publications have emphasised that the ECJ expressly pointed out in Huawei that the established conditions apply if the patent owner has not yet submitted an offer in a manner accessible to the user. One example that was given of an ‘offer’ is a draft licence agreement that is available to everyone. If this is the case, the Huawei decision differs only slightly from the Orange Book decision.

In France Brevets v HTC, the Dusseldorf District Court dealt with the question of whether it is sufficient for the applicability of the Huawei decision that a patent is an SEP. The specific case concerned the use of near-field communication (NFC), a standardised method of communication over very short distances, which had not established itself in the smartphone market in such a way that mobile phones could not be sold without using the SEP (ie, without using the respective part of the NFC technology).

Like the ECJ, the court concluded that the question of restricting the right to injunctive relief depends on the factual dominant position that the patent confers on its owner. Accordingly, a restriction on the enforceability of the injunction claim based on an SEP is justified only where the SEP provides market dominance (ie, the user may not market its products in the relevant market without the use of the patent). This is clear for products making use of only the relevant standard; today however – and especially in the mobile phones market – products make use of a vast number of standards. In such cases, the user must show that use of the relevant standard is key for the saleability of the product.

This case brought about the concept of the market-dominant standard-essential patent (MDSEP), covering patents for which competition law issues must be considered during the injunction claim enforcement.

In Sisvel v Haier the Dusseldorf Regional Higher Court decided the circumstances under which FRAND conditions can be derived for other users from a plurality of agreements concluded between the patent owner and patent users. This evaluation of FRAND terms might be justified based on a large number of agreements and synchronised conditions of such agreements. However, in Sisvel, the number of agreements was limited to approximately 10 and the conditions of the agreements differed substantially. According to the Dusseldorf Regional Higher Court, this was not sufficient to decide whether the terms offered by Sisvel could be considered FRAND. The case is pending before the Federal Court of Justice.

For licensing programmes for CD-R/-RW and MPEG-2, German courts did not consider the terms (which were identical for hundreds and thousands of licensees) to be un-FRAND, and thereby confirmed the finding of FRAND terms made independently by the market participants.

Courts cannot replace a lack of agreement on what comprises FRAND terms between a patent owner and a patent user. All available court decisions have either accepted that fact or have proven that market intelligence cannot be replaced by even the smartest legal analysis. It is up to patent owners to ensure broad acceptance of terms of use before the broad use of a technical standard. If this is the case, reasonable users will not be shut out from the technology, and not-so-reasonable users will follow the latter at some point.

Present days are seeing the largest joint development processes ever, and the incentives to make use of these joint developments without intellectual or financial contribution are extraordinary. Germany is arguably the patent venue that has seen the most MDSEP-related decisions, starting with the MPEG-2-related decisions in 2007, Orange Book in 2009, France Brevets and Huawei in 2015, and Sisvel in 2017. Through these decisions and more, Germany has confirmed its fair approach to the use of patented innovations in this context. The takeaways are as follows: 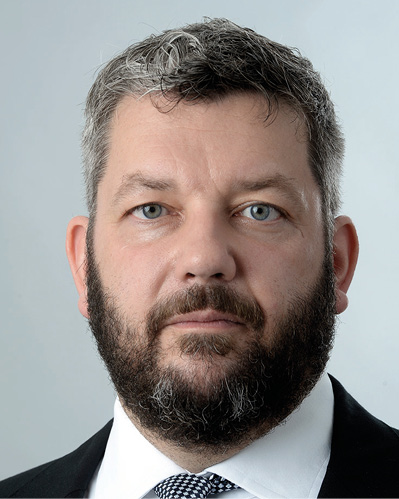 Gottfried Schüll is a prominent and highly renowned patent litigator. Both as lead counsel and as a member of an international legal counsel team, he has successfully represented global clients including Fortune 500 companies as plaintiffs in high-profile cases relating to technologies such as H.264, NFC, MPEG-2, ADSL and GPRS. Based on his reputation in litigation, he is frequently appointed as an independent court expert (by the Dusseldorf Appeals Court) as well as an arbitrator.