The Brazilian National Institute of Industrial Property (INPI) has been facing an application backlog problem for a long time. In many cases, depending on the technological field, an invention is already obsolete by the time that the patent is granted. In such circumstances, precursor companies and inventors are discouraged from seeking patent protection for their innovations in Brazil. This is an unsatisfactory, and even unacceptable, situation.

Why seek patent protection in Brazil?

First, Brazil is a huge country (approximately 8.5 million square kilometres), with rich natural resources. It has a very large and increasing population (207.7 million people according to the World Bank in 2016), which means:

Brazil has the largest economy in Latin America and ranks as the eighth largest economy in the world by nominal GDP, with massive and continually growing agricultural, mining, manufacturing and service sectors. There have also recently been important fiscal and labour reforms.

Contrary to certain international trends, Brazil is rising in the ranks of major destinations for investment. Reasons to invest in Brazil include:

There is no denying that Brazil is a booming consumer market and one of the world’s 10 largest economies, justifying investment in Brazil.

The uncertainty of the presidential election in October 2018 may affect that performance, with possible momentary stagnation in the market. However, according to the International Monetary Fund, the country will recover and grow thanks to a resumption of private consumption and investment.

Biodiversity offers great prospects for the research and production of medicines and health supplies. Brazil is considered to have the most biological diversity in the world. The geographical position occupied by its vast territory allows Brazil to encompass wide climatic diversity that gives rise to distinct biogeographical zones. Brazil has six distinct biomes:

The climatic characteristics of these biomes may vary from a hot and humid climate (eg, Amazonia) to a cold and dry climate (eg, the Pampas).Countless endemic species of fauna and flora are found in each biome, representing a valuable and intangible asset for national development.

Biodiversity is an extremely valuable resource. The genetic and biological material of endemic plants and animals from each region of Brazil, if studied, analysed and treated, could result in new varieties of active ingredients, which could later be applied to such areas as nutrition, drugs and industrial activities, among others.

In an effort to safeguard Brazilian biodiversity and the know-how related to its use and management, Brazil has strengthened the regulations associated with access to Brazilian genetic heritage and associated traditional knowledge through Law 13.123/2015.

According to the regulations in force, in case the Brazilian genetic heritage or associated traditional knowledge is accessed for the development of an invention, it is mandatory to inform the INPI of:

In 2012, the INPI instituted the Green Patents Programme through which to expedite the examination of patent applications related to environmentally friendly technologies (eg, alternative energy, transport, energy conservation, waste management and sustainable agriculture).

In analysing the technology of the applications eligible for this programme, it will be possible to identify new technologies that can be used by society, stimulating licensing and consequently encouraging innovation in Brazil.

Due to the programme’s success, in 2016 the INPI decided to make it a permanent service. To be eligible for the programme, the patent application must not have passed a technical examination and must have a maximum of 15 claims (three of which are independent).

The years 2017 and 2018 were remarkable for the INPI in respect of patent protection, as considerable measures were taken as an attempt to reduce the backlog, thus improving and accelerating patent prosecution.

According to statistics provided by the INPI, in 2016 the average time taken to make a decision was 10.65 years from filing an application. However, in some technology fields (eg, telecoms), the average time for a patent to be granted was more than 14 years.

Several measures have been adopted by the INPI in an effort to reduce the backlog in recent years. However, in 2017 and 2018 the INPI implemented and consolidated certain innovative actions that greatly contributed to the reduction of the backlog, including:

Some of the eligibility requirements to participate in the PPHs established between the INPI and the EPO, the USPTO, the JPO and the SIPO are as follows:

The INPI has also signed a memorandum of understanding with the Danish Patent and Trademark Office establishing a PPH pilot project. However, this is not yet in force as the regulations required for its effective implementation have not been enacted.

Another important measure adopted in 2017 by the INPI was a joint ordinance (Normative Instruction 01/2017) signed with the Brazilian Health Regulatory Agency (ANVISA), formalising new rules regarding ANVISA’s examination of patent applications related to pharmaceutical products and processes, thus putting an end in the conflict of competences between the two federal government agencies. This had contributed to the notably large backlog of patent applications pending examination in the pharmaceutical area.

According to this joint ordinance, ANVISA can no longer deny its prior consent based on patentability requirements, and prior consent should be restricted to the impact of the applications on public health. If the application encompasses a pharmaceutical product or process related to a substance that has been prohibited in Brazil (or represents a risk to human health), ANVISA’s prior consent will be denied.

On the other hand, if the application is directed to a pharmaceutical product or process of interest to the public health policies of the Brazilian Public Health Care System, ANVISA may issue a technical opinion on the patentability requirements as a third-party observation to be considered by the INPI when the application is examined.

As can be seen from the statistics presented in the INPI Activities Report 2017, following the implementation of the above measures the number of patent applications pending examination was 225,115 – a 7.67% decrease in relation to the previous year – and the average decision time counted from the filing date of the application decreased to 10.23 years. This shows that the INPI is on the right path, even though there remains a lot of work to be done.

As an extra effort to expedite the substantive examination of patent applications, in January 2018 the INPI established a pilot project on pre-examination reports with the initial expectation of issuing a total of 40 pre-examination reports per technical division, in which applicants can voluntarily submit new pages of the applications in order to remedy irregularities already highlighted by other patent offices. According to recent data published by the INPI, between January and March 2018 a total of 680 reports were published.

With this action, the INPI intends to identify applications that remain in the applicant’s interest and to promote the prior adjustment of the set of claims to the state of the art in order to speed up its substantive analysis of the application.

The INPI has stated that the following are among the reasons that motivated the formulation of a pre-examination official action:

As stated in data released by the INPI, from the 680 pre-examination reports published, 150 were unanswered, representing a 22.1% rate of abandonment. To compare the effect that such an abandonment rate may have on the full scenario, the INPI has clarified that the abandonment rate was 24.5% in 2017 and 26.14% in 2016. This represents an average reduction of 17.3% in the number of applications to be examined as such applications are removed from the examination line.

There are potentially many other measures that could be implemented to increase the INPI’s productivity and efficiency and the quality of its decisions. As already successfully implemented in other countries (eg, Japan), the INPI could consider outsourcing preliminary activities in connection with the technical examination of patent applications (eg, prior art search). Another possibility could be to abolish the restrictions on the technological fields imposed by existing PPH pilot projects, thus promoting real work-sharing between the PPH-participating offices. Relying on the search results already obtained for a corresponding case, duplication of efforts is avoided and workload reduced. However, the decision about whether to grant a patent would remain with the national patent office.

The Brazilian Industrial Property Law (9.279/96) establishes that the term of validity of a patent of invention will be either 20 years from the filing date or 10 years from the date of grant, whichever is the longer. This legal provision is intended to assure that the patentee enjoys a validity term of at least 10 years as of its grant, thus somehow compensating for the long delays in the prosecution of the application.

Brazil is still growing significantly and it possesses a consistent patent system which is being improved in an attempt to provide increasingly rapid and efficient patent prosecution, guaranteeing satisfactory safeguarding of rights. Therefore, it is indeed worth protecting innovations through patents in Brazil. 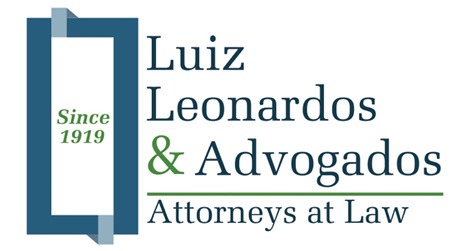 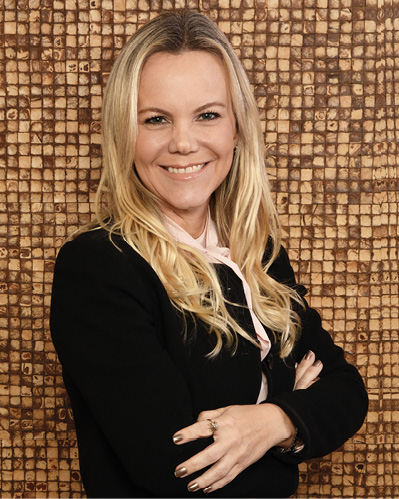 Ana Paula Jardim is a senior partner at Luiz Leonardos. She is head of the patent technical prosecution department and has engineering and law degrees. Ms Jardim focuses her practice on the administrative and judicial prosecution of industrial designs and patents in the technical field of electricity and mechanics. 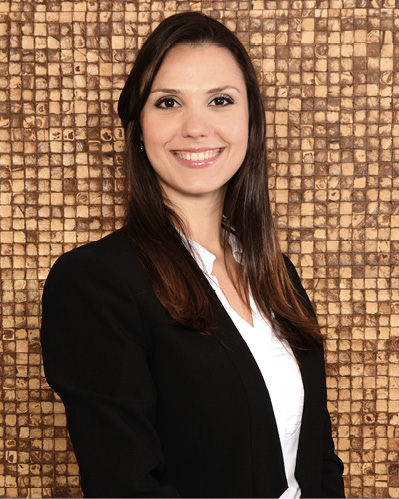 Andréa Granthon is a partner at Luiz Leonardos. She has biology and law degrees and a master’s in intellectual property and innovation. Her practice focuses on the administrative prosecution of patents in the technical fields of biotechnology, pharmaceuticals and other related sciences and plant varieties.