Patent litigation in France: the effective way of adducing evidence

Having a portfolio of well-drafted patents is essential, but when it comes to litigating them, the efficiency of the legal system is equally important.

One of the issues faced by patent owners in all jurisdictions is adducing proper evidence of infringement.

This chapter deals with a unique and cost-effective tool provided by French law for adducing evidence: the saisie contrefaçon or investigative infringement seizure.

An investigative infringement seizure is a fact-finding operation, conducted by a bailiff usually accompanied by a private practice patent attorney, authorised by a court order following an ex parte petition. The objective is to find and secure evidence of an alleged infringement.

The seizure is carried out on the premises of the allegedly infringing party or other third party, which cannot refuse access to its premises and must allow the bailiff to carry out its duties. This is provided for by the French IP Code.

The following examples illustrate the efficiency of investigative infringement seizures.

In one example, a patent covering the process and tooling for conforming sheets of glass was allegedly being infringed. The bailiff – authorised by a court order obtained ex parte  – accompanied by a patent attorney, a photographer and the police, entered the factory where the infringing articles were being manufactured. As a court order was in place, the factory management had no choice but to permit access to the manufacturing site. The allegedly infringing tooling and the manufacturing processes were witnessed, described in writing and photographed by the bailiff assisted by the patent attorney. In this way, evidence of the reproduction of the tooling features and process steps claimed in the original patent was obtained. The court order also compelled the factory management to provide data on the number of products that had been manufactured in previous years. As a result of this procedure, which took place over one day, the infringement case had a solid foundation of evidence.

Often, evidence of the manufacturing process of a drug is difficult to obtain. One particular issue is that active ingredients may be manufactured abroad (eg, in India) and then imported into France, where the pharmaceutical composition is manufactured. In one case, there was no way of obtaining the required evidence as to the manufacturing process of an active ingredient on the premises of the alleged infringer in France or abroad. The solution lay in conducting an investigative infringement seizure at the French Drug Agency, which grants pharmaceutical marketing authorisations. The judge authorised a bailiff and a patent attorney to search the marketing authorisation dossier. The dossier includes a restricted section which contains information on the process for preparing active ingredients. This is normally accessible only to the active ingredient manufacturer. As provided by the court order, the dossier, including the restricted section, was remitted to the bailiff who, with the help of the patent attorney, selected the information required to prove that the claimed manufacturing steps were being carried out by an Indian manufacturer. This investigative seizure at the French Drug Agency was challenged in court, but was upheld by the Paris Court of Appeal.

Recently, the Paris court authorised a bailiff to be assisted not only by a patent attorney, but also an IT expert to help to search an alleged infringer’s IT system. This enabled information to be found, which directly related to the infringement (eg, diagrams, product data and information on the number of allegedly infringing products that were sold).

When a patent owner becomes aware of an infringement it can petition a court in an ex parte hearing to carry out an investigative infringement seizure. As the seizure is a powerful tool for patent owners, the law and case law set out stringent requirements:

If properly drafted, the court order – a draft of which is submitted by the petitioner – adopts the terms of the petition and takes into account the usual seizure practice. The court will check whether the above requirements have been met.

Among others, the following measures can be ordered:

According to Article R.615-2 of the French IP Code, a judge may authorise a bailiff to “make any finding useful for establishing the origin, nature and extent of the infringement”.

The search for evidence may be carried out on:

If the bailiff finds an alleged infringing product, it must describe it with the assistance of the patent attorney. The description should be as neutral as possible and should not be presented in a biased way. Particularly, should there be a problem of equivalents, the bailiff and patent attorney should describe only what they see.

If the seized party’s representatives wish to make declarations during the descriptive seizure the bailiff must record them. The bailiff is authorised to ask questions, but the alleged infringer is not required to respond.

The bailiff can seize physical evidence of the infringement (eg, product samples). In such circumstances, payment must be offered.

The bailiff leads the search for evidence with the help of the patent attorney (and the IT expert if present) until the required evidence is found or relevant declarations are made.

As to evidence of sale or offer for sale, this is often difficult to obtain except when the seizure is carried out at the distributor’s premises. To prove acts of sale the bailiff must seize or copy invoices. For this purpose, searches in the accounting system can be conducted even if the information is claimed to be confidential; in this situation, discretion is important.

The extent of infringement may also be sought. The patent owner may need to ascertain how many infringing products have been manufactured or sold by the allegedly infringing party to specify provisional damages corresponding to sales.

As a powerful investigatory tool, there is potential for the seizure procedure to be abused.

French judges are becoming increasingly concerned about protecting the trade secrets of alleged infringers during infringement seizures. Judges will frequently refuse petitions or cancel orders that appear to be biased in favour of the petitioner; therefore, the petition must be reasonable in scope.

A recent decision rendered by the Paris court on 8 September 2017 held that: “the measures ordered in the framework of a saisie contrefaçon must reconcile the diverging interests of the parties between the search for the evidence of the infringement and the protection of confidential data and must be proportionate to the objective pursued.”

This means that the judge to whom the seizure petition is submitted must carefully check whether each requested measure is appropriate given the interests of the parties and particularly those of the alleged infringer.

However, where trade secrets constitute evidence of infringement, the patentee must have access to such trade secrets for use in litigation. This is a well-settled principle under French patent litigation practice which has been recently reiterated by the Paris court in a 16 November 2017 decision: “For the measure to remain effective, the right to obtain evidence proving the existence and extent of the infringement shall prevail over trade secrecy, which is not in itself a barrier to the seizure.”

The patent owner must not have access to trade secrets which are not sufficiently related to the alleged infringement and an accepted practice has developed in this respect.

For example, where invoices are relevant for proving a sale, as the patent owner only requires evidence that infringing products are being sold and in what quantity, other information (eg, prices, customer names and discounts) should be blanked out when seizing or copying invoices.

Questionably relevant documents can be left in the custody of the bailiff for later review by an expert appointed by the court.

In such a case, after the seizure the court will be requested to order expert proceedings to exclude any irrelevant documents. Only patent attorneys, attorneys at law and sometimes independent experts can access disputed documents and attend the hearing with the court-appointed expert. Only those documents or parts thereof determined to be relevant by the court-appointed expert after confirmation by the court will be made available to the patent owner.

The French investigative infringement seizure is a highly efficient, fast and cost-effective means of finding evidence of infringement, both for technical and commercial issues.

Given the complexity of the problems that may arise, the types of information sought and the obstacles which may be encountered, careful planning of the entire seizure operation is crucial.

If a seizure is properly and professionally completed, the evidence adduced will be difficult to contest and invaluable in proving infringement. 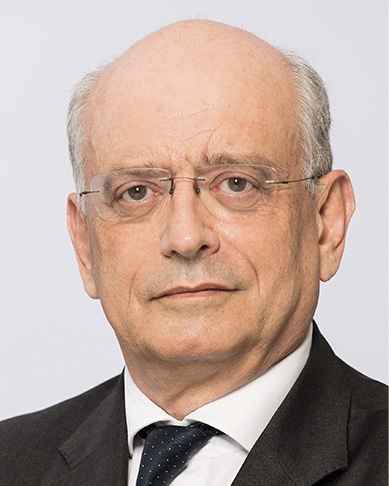 Luc Santarelli is the managing partner at Santarelli. He is a qualified French and European patent attorney. He specialises in patent litigation and oppositions before the European Patent Office in a wide range of technologies including mechanics, physics and information technology. He has handled various high-profile cases for global clients. He holds an engineering degree from the Swiss Federal Institute of Technology in Lausanne and a master’s degree in law from the University of Paris II. He lectures on the patent litigation in Europe course at the European Patent Institute Centre for International Intellectual Property.