Few areas of US patent law have left stakeholders as aimless in recent years as the on-sale bar and its application to commercial sale activities that are under confidentiality restrictions and lack public availability. ‘Secret sales’ – as the activities are often termed – occur in many industries and take many forms. The phrase ‘or otherwise available to the public’ – language added to the categories of prior art under the America Invents Act (AIA) – has raised questions about whether secret sales should qualify as on-sale prior art in the new AIA era, as they once could pre-AIA. Because the on-sale bar influences the timing of patent filings for inventions, and in some instances is the main driver, many in the patent community have a special interest in the fate of secret sales.

This chapter looks at a recent Court of Appeals for the Federal Circuit decision involving the issue, the events leading to it and the Supreme Court’s upcoming review.

The on-sale bar serves to preclude patent protection for an invention that was commercially exploited more than one year before filing a patent application for the invention. In other words, a company cannot profit from the sale of a product for several years and then, when competition arises, patent that product and exclude the competitors from the market.

The on-sale bar is found in Section 102 of the US patent laws. The pre-AIA on-sale bar prohibited patentability of an invention that was “on sale… more than one year prior to the date of application for patent”. In addition to sales with public availability, sales made in secret could be seized by the on-sale bar in the pre-AIA era. In the Federal Circuit case Special Devices v OEA, sale activities with a supplier of automotive airbag components served to invalidate patent claims under the on-sale bar, even where activities took place in secret. In the more recent Federal Circuit case Medicines Company v Hospira – carrying the weight of an en banc decision – confidential transactions with a contract manufacturer to produce batches of a pharmaceutical product failed to trigger the on-sale bar and hence did not invalidate patent claims. Among the reasons cited in Medicines, the confidential nature of the transactions was a factor against application of the on-sale bar.

This precedent, while not always steadfast in the pre-AIA era, compromised patent protection for inventions clouded by commercial activities, even when confidential, and prompted applicants to pull back the timing of patent filings perhaps sooner than they had wanted or were prepared to do. Moreover, the United States stands alone among developed countries in admitting secret sales as invalidating on-sale prior art.

Secret sales in a new era

Congress amended Section 102 in the AIA. The section now forbids patentability of an invention that was “patented, described in a printed publication, or in public use, on sale, or otherwise available to the public”. Unlike its predecessor, the language of AIA Section 102 includes the phrase ‘or otherwise available to the public’ and adds it immediately after the term ‘on sale’.  For some, the added language and its placement, as well as accompanying legislative history, raises doubts about whether the precedent that qualifies secret sales as on-sale prior art should endure in the new AIA era. For others, continued use of the term ‘on sale’ means continued secret sale precedent.

The US Patent and Trademark Office’s (USPTO) early guidance sided with the sceptics. In its examination guidelines for implementing certain AIA provisions, issued during the act’s infancy, the USPTO instructed patent examiners that secret sales were not covered by the AIA’s on-sale bar. The agency leaned on the phrase ‘or otherwise available to the public’ as a basis for its directive, presumably reading the phrase as informing the meaning of the preceding term ‘on sale’. The guidance lingers in the USPTO’s more official Manual of Patent Examining Procedure, instructing patent examiners that “the ‘or otherwise available to the public’ residual clause of…[AIA Section 102]…indicates that [the section] does not cover secret sales or offers for sale”.

Still, the question remained unsettled. The issue surfaced again in the federal court system in Helsinn v Teva, first in a lower district court and then on appeal at the Federal Circuit. The dispute concerning the AIA’s on-sale bar involved a supply and purchase agreement between Helsinn and MGI Pharma (a company that markets and distributes pharmaceutical products). Under the agreement, MGI agreed to purchase the subject pharmaceutical product exclusively from Helsinn and Helsinn agreed to supply MGI with its product requirements. Among its terms, the supply and purchase agreement specified price, payment and delivery method. The existence of the agreement was announced in a joint press release and in an 8-K filing with the Securities and Exchange Commission (SEC). The SEC filing included a copy of the agreement that revealed detailed information about the pharmaceutical product, including its benefits and uses, but was partially redacted to leave out specific dosage formulations covered by the patents-in-suit.

The district court found that the supply and purchase agreement did not trigger the AIA’s on-sale bar. The court concluded that the on-sale bar of the AIA era now required a public sale. While the existence of the agreement was made public in the SEC filing, it failed to make the claimed invention itself available to the public since the specific dosage formulations remained redacted. In the end, the district court arrived at a similar place as the USPTO – sales where the claimed invention was not publicly available were not covered by the AIA’s on-sale bar.

The Federal Circuit took a different view. It found that the supply and purchase agreement did in fact trigger the AIA’s on-sale bar, and that the AIA did not change the meaning of the term ‘on sale’ in the circumstances of the case. However, initially the appeals court saw no need to answer the broader question on the minds of many following the case and those seeking greater clarity on the issue – namely, whether sales that are strictly secret (ie, the existence of the sale is secret, as well as the claimed invention) can still qualify as on-sale prior art in the AIA era: “we decline the invitation by the parties to decide this case more broadly than necessary”.

Instead, the appeals court took on the more focused question of whether the AIA’s on-sale bar requires that the details of the claimed invention be publicly disclosed before the bar is triggered, aiming squarely at that holding by the district court. The appeals court shot down the holding. It viewed the notion as a sweeping shift to on-sale jurisprudence: “requiring such disclosure as a condition of the on-sale bar would work a foundational change in the theory of the statutory on-sale bar.” The court used its own pre-AIA case law as ammunition: “our cases explicitly rejected a requirement that the details of the invention be disclosed in the terms of sale.”  Further, the appeals court saw floor statements made by certain members of the US Congress – and relied on by Helsinn and those on the side of ridding secret sales from AIA on-sale prior art – as involving different issues and largely inapposite: “the floor statements do not identify any sales cases that would be overturned by the amendments [to AIA Section 102].” In the end, the Federal Circuit left unanswered the broader question about secret sales under the AIA’s on-sale bar, and arrived at a different place than the district court on a narrower inquiry.

Helsinn remained unfinished. It petitioned the Federal Circuit for a rehearing en banc, seeking a review by the full court. Although the petition for rehearing was denied, in an unusual move one of the judges from the original panel decision presented an extended concurrence in the denial. The concurrence set out to respond to what it called ‘mischaracterisations and criticisms’ about the panel decision.

As to one of the mischaracterisations – namely that the appeals court concluded that every time the fact of a sale is disclosed to the public, regardless of the nature of the disclosure, the on-sale bar will be triggered – the concurrence found fault in those placing undue weight in the single sentence in the panel decision: “we conclude that, after the AIA, if the existence of the sale is public, the details of the invention need not be publicly disclosed in the terms of sale.” The concurrence explained that the sentence is not as categorical as it perhaps reads: “this sentence does not suggest that publicly announced agreements will always trigger the on-sale bar, nor does it suggest that secret sales never will.”

As to criticisms of the panel decision’s conclusion that the AIA did not change the meaning of ‘on sale’ under the facts of the case, the concurrence remained unconvinced by the counterarguments. The concurrence shot down the argument that the phrase ‘or otherwise available to the public’ modifies the meaning of the term ‘on sale’ in AIA Section 102. The series-modifier rule of interpretation, advanced for making the argument, did not apply. Among its reasoning, the concurrence contended that the rule would be appropriate only if the phrase ‘otherwise available to the public’ applied equally to all of the preceding phrases in the section – ‘patented’, ‘described in a printed publication’ and ‘in public use’ – which it did not, since each preceding category already necessarily involved a public disclosure. The concurrence then took aim at the accompanying legislative history, also advanced as support for a changed meaning of the AIA’s ‘on sale’ term. The concurrence sided with the panel decision: “as we stated in the panel opinion in the case, the legislative statements to which Helsinn cites are at best equivocal”.

Finally, the concurrence responded to policy-based criticisms by maintaining that the appeals court cannot consider policy underlying the on-sale bar due to restraints in place after the Supreme Court’s two-part test governing application of the on-sale bar in Pfaff v Wells Electronics.

After all of this, Helsinn v Teva has moved on to the US Supreme Court and an opinion is expected in 2019. In its review, the Supreme Court will consider the question: “whether, under the Leahy-Smith America Invents Act, an inventor’s sale of an invention to a third party that is obligated to keep the invention confidential qualifies as prior art for purposes of determining the patentability of the invention.” In the petition for Supreme Court review, Helsinn presented arguments that are now familiar:

The petition also pointed to the USPTO’s guidance that secret sales were not covered by the AIA’s on-sale bar for support.

The greater clarity that is much needed on the issue may be forthcoming. The question taken up for review by the US Supreme Court promises a clearer understanding of whether secret sales can qualify as on-sale prior art in the AIA era. An answer that rids secret sales as invalidating sale activities would indeed be a significant change to US patent laws and would also ease the timing of patent filings for some. Nevertheless, the US patent community has grown accustomed to living with uncertainties in the law, as has been the case in recent years with the AIA and with the Supreme Court’s review of more and more patent matters. It remains prudent to file for patent protection before commercial sale activities are underway and hence sidestep these issues – of course, circumstances are not always that straightforward. 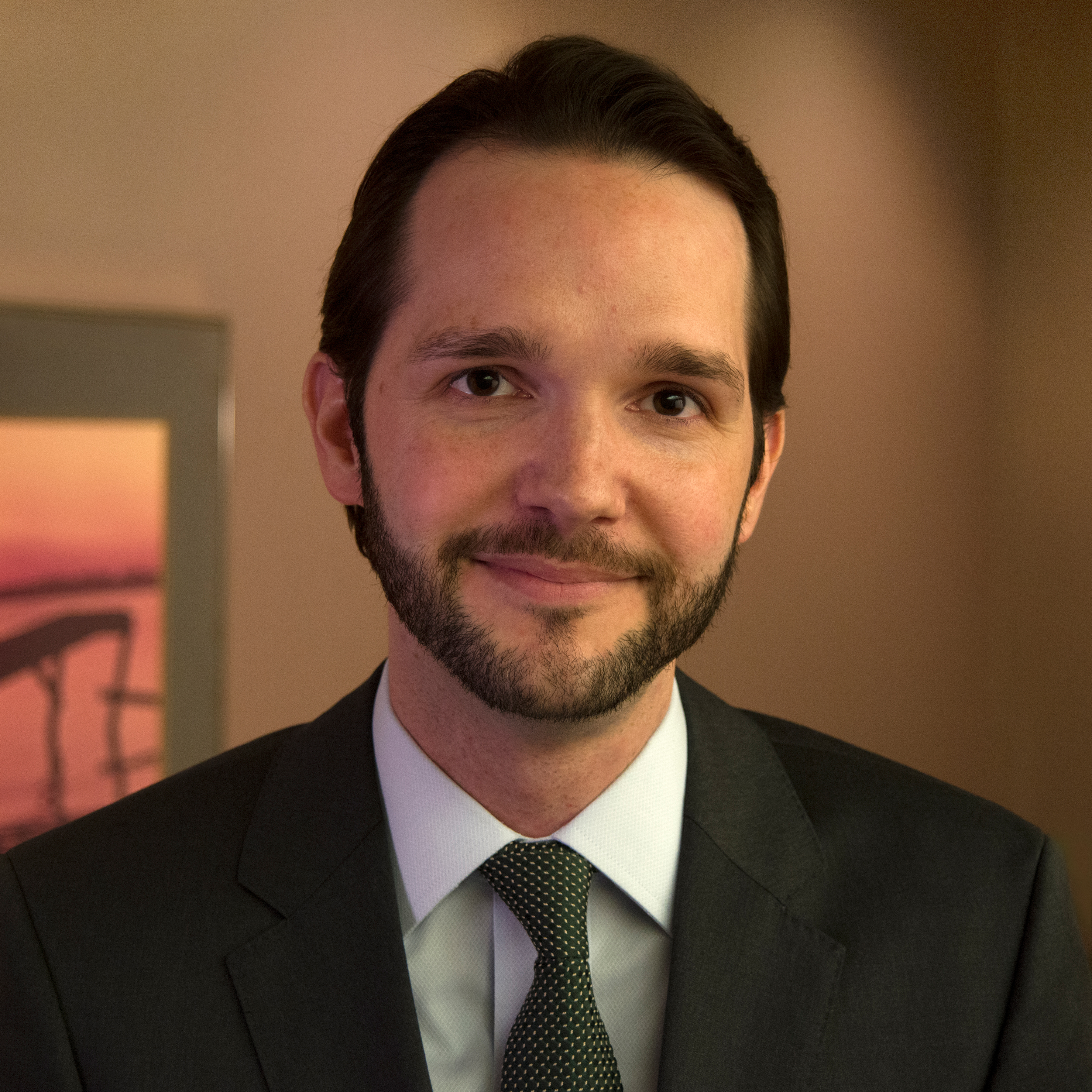 Corey M Beaubien serves on Reising’s management committee. His experience embraces most aspects of IP counselling, with a focus on working with corporations to develop and manage their international patent portfolios. Mr Beaubien secures patent protection for innovations in the automotive, medical, aerospace and robotics industries. He holds a JD from Wayne State University Law School in Detroit, and a BS in mechanical engineering from GMI Engineering and Management Institute (now Kettering University). Mr Beaubien enjoys writing and speaking about contemporary US patent law topics.