Patenting inventions in the life sciences field is fraught with challenges. As well as scientific and technological complexities, there are also legal issues to consider. One important legal issue is the patentability of inventions directed to new findings in medicine (including therapy and diagnostics). A major aspect of these legal issues is based on how inventions are handled throughout the world in light of the substantial differences between individual patent jurisdictions.

According to Article 53(c) of the EPC, both diagnostic and treatments methods practised on the human or animal body with surgery or therapy are excluded from patentability. Thus, a claim directed to a method for treatment or an in vivo diagnostic method does not constitute patent-eligible subject matter.

Nevertheless, according to EPO case law, Articles 54(4) and (5) are not applied to devices. Thus, according to European practice, a general or specific medical use for a device does not render the device patentable. Instead, a medical device must be patentable based on its structural features (eg, size, proportions or material). This issue is not widely known by applicants from non-European countries, particularly the United States, where a therapeutic method using a medical device is regarded as patent-eligible subject matter.

In addition, a surgical method used for the treatment of the human or animal body does not constitute patent-eligible subject matter according to the EPO.

Diagnostic methods are also excluded from patentability. According to case law from the boards of appeal, this exemption from patentability has been given a narrow interpretation. Only when a claim contains a method step which must be practised on the human or animal body is there an exclusion of patentability. In practice, this means that claims directed to a non-invasive diagnostic method are patent eligible. If such a method is performed on a sample taken from a body, the respective method step must be absent from the claim.

For life sciences patents, the patentability requirement of sufficiency of disclosure has become vital in recent years.

According to Article 83 of the EPC, a patent application should “disclose the invention in a manner sufficiently clear and complete for it to be carried out by a person skilled in the art”. Sufficiency of disclosure must be assessed based on an application as a whole, including the description examples and claims, as well as taking into account the common general knowledge of the skilled person on the date of filing the application.

A deficiency in the disclosure of an application as filed cannot subsequently be remedied. This issue is particularly relevant for life sciences patent applications (eg, claims directed to a second medical use).

In several decisions, the technical boards of the EPO have pointed out that a claimed pharmacological effect must be regarded as a functional technical feature. This effect must be sufficiently disclosed in the original application as filed. This means that the original application must contain evidence of a “clear and accepted established relationship between the described physiological activities and the claimed disease”. This evidence may be provided by any kind of data, as long as it clearly and unambiguously reflects this effect. Showing an effect in vitro (eg, in cell culture experiments) or in animal models may be sufficient if this effect is observed by the skilled person and directly and unambiguously reflects the claimed pharmacological application. In many cases, human clinical data need not be provided in the original application.

Submitting any post-published data demonstrating that the claimed concept works will be considered by the EPO only if the original application provides evidence for the presence of a pharmacological effect. However, such post-published evidence may serve only to back up the findings in the patent application in relation to the claimed pharmaceutical use, but not to establish sufficiency of disclosure on its own.

In a case where the original disclosure of the application does not contain a sufficient disclosure for the claimed medical use, post-published evidence cannot be taken into account for remedying the deficiency of the application as filed. Consequently, it is an essential patentability requirement under the EPC to provide evidence, particularly experimental evidence, for the presence of a pharmacological effect already in the original application.

In general, claims may define antibodies by reference to:

The EPO considers an antibody to be novel if its antigen or the target is new. As long as the antigen is sufficiently disclosed in the application, a corresponding antibody will usually also be considered to be inventive. Regarding a new target, claiming one or more functional features (eg, binding affinity or cross-reactivity) may be successful even without limitation to a particular sequence if such properties are not described in the prior art. The techniques used to determine the claimed functional feature should be described in detail and at least one corresponding experiment should be included in the application.

If new antibodies are characterised by their binding epitope, it should be set out in the application how the epitope was identified and how the binding of the antibody to the epitope was assessed. Evidence, or at least a convincing explanation, should be included to explain that prior art antibodies do not bind to the same epitope and that in addition inventive properties are conferred on the claimed antibody by virtue of binding to the particular epitope.

Claiming a new antibody binding to a known target usually requires at least the specification of all six complementarity-determining regions sequences; sometimes the sequences of the complete variable regions are required. For establishing inventive step, a technical effect as a non-particular functional characteristic must be demonstrated, otherwise the EPO argues that a new antibody to a target known from the prior art can be made through routine experiment. A technical effect can, for example, rely on:

Of course, it must be at least plausible from the application that the claimed antibodies possess the property relied on. In particular, comparative data for antibodies binding to the same target but not showing the unexpected effect may be helpful to show that the identification of the new antibodies was not predictable or based only on routine measures. Evidence for a technical effect may not be based only on unexpected advantageous properties of the antibody. Specific difficulties in the manufacture of the claimed antibody (eg, selection of a specific immunogen, immunisation protocol and screening methods) may be relevant. It is highly recommended to disclose in the application any difficulties occurring during the antibody manufacture.

Patenting of stem cells and genes

Applications relating to human embryonic stem cells (hES) are considered patentable if on the filing date at least one method for providing such cells was available which did not necessitate the destruction of a human embryo. Accordingly, the EPO allows claims relating to hES cells when they have a priority or filing date of January 2008 or later, as they can rely on the first non-destructive methods of obtaining stem cells from human embryos. The cut-off date of January 2008 is based on the assumption that no earlier method was available. This might change if earlier publications become more relevant.

Further, in applications filed after January 2008 disclaimers may be used to disclaim any products, methods or uses that require the destruction of embryos.

According to European Court of Justice (ECJ) Decision C-364/13, parthenogenetically activated hES cells are patentable. The ECJ ruled that an unfertilised human egg whose division and further development have been stimulated by parthenogenesis does not constitute a ‘human embryo’ under European legislation in light of current scientific knowledge that the unfertilised human egg stimulated by parthenogenesis does not, in itself, have “the inherent capacity of developing into a human being”. Such a definition might provide new uncertainty for the patentability of inventions relating to human pluripotent stem cells in the future. For example, in view of progressing scientific knowledge parthenotes – which are derived from embryonic stem cells via parthenogenesis and which today have no inherent capacity of developing into a human being – might have such capacity in the future and will thus no longer be patentable. Depending on the progress in the respective scientific field, a new legal definition of the terms ‘inherent capacity’ and ‘embryo’ will be required in order to enable patent protection for respective cell types.

Unlike in the United States, in Europe a gene sequence isolated from the human body clearly constitutes patent-eligible subject matter. Patentability of a naturally occurring nucleic acid sequence is usually acknowledged if the claimed sequence is inventive (ie, the application as filed provides applicable evidence for the solution of a technical problem and is industrially applicable). Present case law shows that the EPO has not been concerned with ethical questions of patenting genes. Of course, the situation might change if political or social groups opposing the patenting of human genes gain greater political influence.

In the United States, the owner of the clustered regularly interspaced short palindromic repeats (CRISPR) basic patent rights – the Broad Institute – can be considered the winning party in the CRISPR patent battle; however, it suffered a defeat in Europe in early 2018. Due to formal reasons regarding invalid priority, EP 2771468 was revoked in the first instance. Although an appeal has since been filed, it can be assumed that with regard to well-established EPO case law on priority, the success of the appeal is unlikely. Thus, the CRISPR patent battle in Europe is ongoing and the outcome remains uncertain.

When drafting patent applications today it becomes increasingly important to be aware of the substantial differences in individual patent jurisdictions. This applies all the more with regard to life sciences, as there have been many different developments across different jurisdictions in recent years. 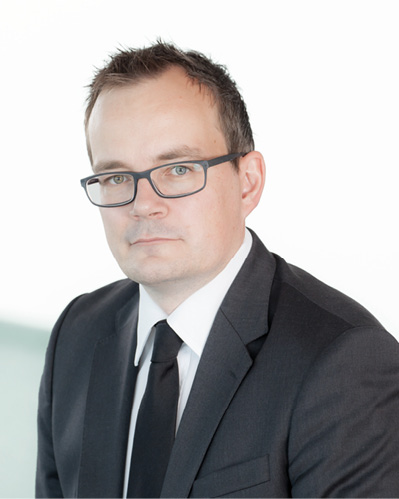 Christian Heubeck joined Weickmann & Weickmann in 2004 and became partner in 2011. He graduated in biochemistry from the Julius Maximilian University Wuerzburg. Dr Heubeck has extensive experience in preparation and advice on IP strategies and patent portfolios, particularly the preparation of patent applications and patent grant proceedings, as well as defending property rights and attacking third parties’ rights at the European Patent Office. He focuses on the biochemistry field. 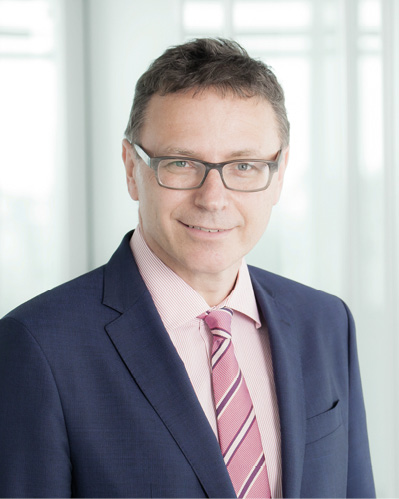 Wolfgang Weiss has been a partner at the patent law firm Weickmann & Weickmann in Munich since 1994. He studied chemistry at Ludwig Maximilian University, Munich and graduated in molecular biology. Dr Weiss’s areas of particular experience include patent grant and opposition proceedings before the European Patent Office, as well as patent invalidation and infringement proceedings before national German courts in the fields of chemistry, pharmacy and life sciences. His practice also includes providing freedom-to-operate opinions.