A new chapter for EU trademarks

On 1 October 2017 a new reform introduced important innovations in the field of EU trademarks. The modifications affected:

The EU trademark reform has been welcomed as it is now possible to request the registration of previously excluded trademarks, or marks which were filed in such a way as to be unsuitable to guarantee their correct reproduction:

All signs, such as words, including the names of persons or drawings, letters, numbers, colours, the shape of goods or their packaging and sounds, can constitute EU trademarks, on condition that such signs are able:

a) to distinguish the goods or services of one company from those of other companies; and

b) to be represented in the Register of Trademarks of the European Union (“Register”) so as to enable the competent authorities and the public to determine clearly and precisely the object of protection guaranteed to their owner.

The changes in Article 4 of EU Regulation 2017/1001 (14 June 2017) regarding the EU trademark partly reflect what had already been outlined by the European Court of Justice in Sieckmann v Deutsches Patent-und Markenamt (C -273/00). This decision stated that a sign can be represented in any suitable form using the technology generally available – not necessarily through graphical tools – provided that the representation is clear, precise, autonomous, easily accessible, intelligible, durable and objective. The result is a system whereby ‘what you see is what you get’ – it aims to make the entries in the register clearer, more accessible and easier to find.

These changes, together with others from the reform, make the fundamental principle of legal certainty in the EU legal system much easier to navigate when it comes to so-called ‘unconventional trademarks’. Under the principle of legal certainty, all individuals involved in a trademark registration – from owners to applicants and third parties, and onto examiners – must know their rights, the limit of their rights and the obligations they areunder.

When registering a trademark, the parties involved must understand their legal situation according to the rights represented by the trademark as it appears in the register. However, the principle of legitimate expectations – another fundamental principle of the EU legal system – is of more importance. When the European Union gives specific assurances that a certain consequence will be effected as a result of a particular action, the individual performing that action is justified in assuming that this result will always occur. Consequently, if it is possible to expand registration options and clarify how such registration will take place, then new problems will arise when these new trademarks are used against alleged counterfeits.

This chapter proposes arguments regarding hologram marks and certification marks, dealing not so much with how they should be registered, but rather more how their nature can be identified through registration when such marks are used in opposition to third parties.

Article 3(J) of the Implementing EU Regulation 2017/1431 states that “in the case of a mark consisting of elements with holographic features (hologram mark), the mark is represented through a video file or a graphical or photographic reproduction containing the views necessary to adequately identify the holographic effect in its entirety”.

The term ‘hologram’ generally identifies three-dimensional (3D) images, particularly stereoscopic images (eg, images which appear to have different perspectives depending on the observer’s viewpoint). Thanks to a mirror effect, the light coming from a source interferes with the light reflected by the object, creating a number of moving rather than non-static lines on the plate where the hologram is reproduced.

Depending on the observation point, the 3D image that is perceived can vary significantly.

A hologram allows several images to appear simultaneously to represent the final desired 3D image. A hologram can therefore be defined as the representation of a 3D image that moves.

The regulation sets down no requirements for the description of hologram marks, and it is therefore the perception of all of the moving images together that reasonably constitutes the rights of the hologram mark.

To ascertain whether such a mark is a counterfeit, the criteria used are a quantitative comparison of:

The applicant seeking protection could provide a description of the proposed hologram mark to assist with the application, but this is not mandatory. In fact, a description can be a double-edged sword. If the description focuses on a particular moment, image or characteristic of the changing mark, then the description could be coercive. If, on the contrary, the description is too generic, it might be considered too broad and therefore useless regarding infringement.

EU marks may be established as EU certification marks thus designated at the time of filing the application and capable of distinguishing goods or services which are certified by the proprietor of the mark in respect of material, mode of manufacture of goods or performance of services, quality, accuracy or other characteristics, with the exception of geographical origin, from goods and services which are not so certified.

Any natural or legal person, including institutions, authorities and bodies governed by public law, can apply for an EU certification mark provided that such person does not carry out an activity that involves the supply of goods or services of the type certified.

It is clear that EU trademarks are an attempt to coordinate a system that guarantees the quality of goods and services and prevents consumer deception. Certification marks ensure that goods or services identified in this way comply with the regulatory requirements pre-defined in the regulations regarding use and controlled under the responsibility of the owner of the certification mark, irrespective of the identity of the company that actually produces or supplies the goods and services in question and therefore uses the certification mark.

The regulations regarding use are the essence of the certification mark. A mark must be filed within two months of application and must contain:

A certification mark is clearly subject to multiple use by a number of subjects that do not necessarily need to be coordinated with each other. The coordination function is conducted by the certification mark owner only, through the regulation of use that accompanies the mark’s registration.

Even if from the combined provisions of Articles 74bis and 74ter it were possible to identify a certain selective possibility in identifying the subjects authorised to use the certification mark, the owner has no effective power to guarantee a substantial uniformity of the subjects authorised to use the mark. The only limit established by the regulations is in respect of applying for protection, which cannot involve the supply of goods or services for this type of mark unless the obligation to indicate the persons entitled to use the certification mark extends to a determination of the access conditions regarding regulations of use.

This approach could pose problems with certain established trademark principles. A certification mark may involve companies that are different from each other, not only in size and structure, but also because of how they are positioned in the market and which may have the certification mark as their only common element. In such instances the following questions may arise:

With reference to the classes that can be claimed at the time of registration, it would be pertinent to consider how a certification mark will be perceived if it is connected to a production step that is translated into a plurality of goods that are not connected or connectable to each other by the final consumer. For example, according to Class 40 “the services of processing materials that can take place during the manufacture of a substance or any object that is not a building“.

In such context, it is vital to consider how a consumer can ascertain that the proposed goods (or services) adopt the characteristics and standards guaranteed by the certification. Consideration should also be given to whether it is obligatory to claim only the class corresponding to the production process (or a portion thereof) that is to be certified in the application for registration of the certification mark, or whether it is also necessary to claim all of the product classes corresponding to the goods or services that can be the direct or indirect result of the production process concerned.

A possible solution could be to lower the threshold of the absolute impediment of descriptiveness that could be connected to:

How such a solution can be managed in relation to the other types of trademark, as well as with respect to Article 74quarter, remains unresolved: “The application for an EU certification mark is also rejected if the public is likely to be misled about the character or the meaning of the mark, in particular when it does not look like a certification mark.”

As yet it is undecided how it can be sustained that a consumer can be misled in the purchase of a final product, for example, when the product itself is not covered by a certification mark but the production process is.

A certification mark must be used in order not to incur a lapse in use. Article 74sexies refers to other conditions established on the use of EU trademarks, but how such use can be proved remains unknown. In order for a mark to be considered ‘used’, the certification mark must be publicised in such a way that proof can be provided of an unequivocal indication of the origin of a given company.

The latest EU trademark reform covers new categories and is proving to be advantageous. Time and jurisprudence will help rights holders to understand the actual protection enjoyed by these new EU trademarks, with the hope that they will become attractive to companies using new technologies and operating in the European market. The reform of the EU trademark system will come into full force when the same types of change are implemented by all EU member states and become national law (by 2023). 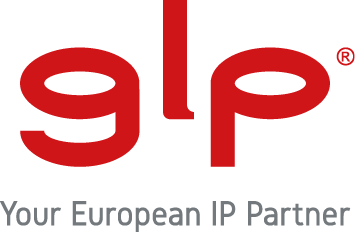 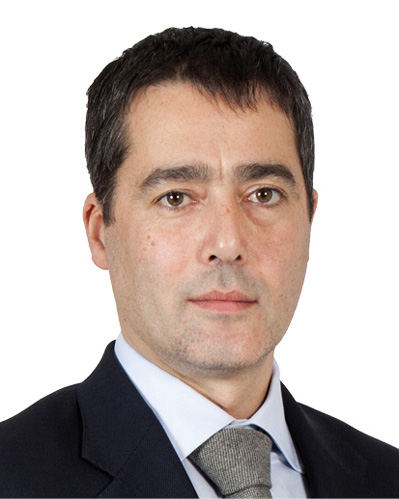 Davide Luigi Petraz is co-managing partner of GLP Intellectual Property Office, a European patent, trademark and design attorney and attorney at law. He started his career at an IP firm in Washington DC, where he also gained his master’s in IP law. His excellent academic background – being also a professor at the University of Trieste – is complemented by ample experience in drafting agreements and analysing and managing IP assets. His practice includes litigation advice in proceedings regarding all aspects of intellectual property, from infringement to unfair competition and the disclosure of trade secrets. He has considerable experience representing companies before the European Patent Office, demonstrating strong expertise with a unique mix of technical and legal acumen. 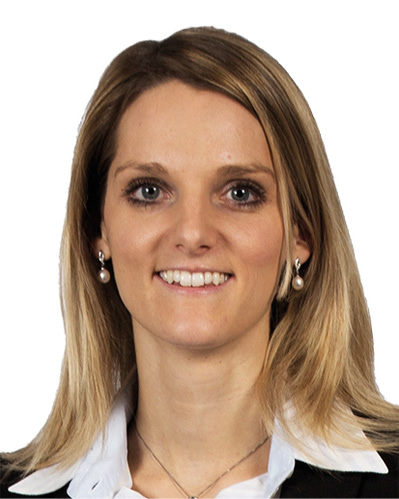 Laura van der Heide is a German lawyer with extensive knowledge and experience of German and Italian law and practice. After a study visit and internship in Belgium, she obtained a law degree from the University of Regensburg. Following her admission to the German Bar, she worked for an international law firm in Munich.

Ms van der Heide later joined the legal department of GLP, where she deals with questions in the fields of intellectual property, unfair competition and commercial contracts. Her expertise spans counterfeiting litigation to trademark infringement cases, with a focus on Italian and German jurisdictions. 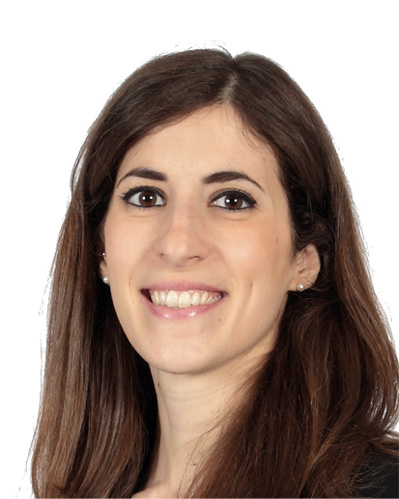 Carmela Barilà is an Italian lawyer working in the trademark and legal departments of GLP. She graduated in law from the prestigious University Luigi Bocconi in Milan and, after spending her legal clerkship in one of Italy’s top law firms, she was admitted to the Italian Bar as a qualified lawyer.

At GLP she deals with legal opinions and agreements and advises clients in proceedings mainly regarding trademark and design infringement, among other things.