UK patent decisions had a big year in 2017, most notably with the Supreme Court decision Actavis v Eli Lilly ([2017] UKSC 48). Since a doctrine of equivalents was established in the United Kingdom, its application in future cases has been highly anticipated. The end of 2017 and the first half of 2018 saw a number of subsequent decisions which give a better indication of how this new era in UK patent claim interpretation might unfold.

Generics v Yeda ([2017] EWHC 2629) was the first decision since Actavis to consider its impact. Significantly, when considering the effect of equivalents on assessment of validity, it ruled that prior art equivalents can be taken into account only for inventive step, not for novelty. Following the European Patent Office (EPO) approach, it concluded that there cannot be anticipation by equivalence.

The court considered whether the patent would have lacked novelty on the basis of a doctrine of equivalents and decided that the claims would have been anticipated. Before Actavis the established law was that claim scope must be the same for invalidity and infringement. The court acknowledged that Actavis was restricted to assessment of infringement, and would therefore require another Supreme Court decision to determine whether the law of novelty had also changed.

The case also considered the issue of sufficiency of disclosure. While the patent included a clinical trial protocol, there were no specific results. The judgment confirmed the current UK approach which regards the plausibility threshold as low. The outcome of the February 2018 Supreme Court hearings in the Warner-Lambert v Generics saga is still awaited. As reported in 2017, the Court of Appeal in Warner-Lambert expressed the view that plausibility is only a “low-threshold” test.

In Fisher v ResMed ([2017] EWHC 2748) the court further affirmed the claim interpretation principles laid down in Generics, including what is meant by the “normal interpretation” of claims. Before considering equivalents, patent claims should be given a purposive construction, not a literal interpretation.

The more recent decision in L’Oréal v RN Ventures ([2018] EWHC 173) referred back to another important aspect of Actavis, namely prosecution history and the extent to which it should be taken into consideration when interpreting claims. The previous major decision on claim construction, Kirin-Amgen Inc v Hoechst Marion Roussel Ltd ([2005] RPC 9), made clear that life was “too short” to consider the prosecution history. However,  Actavis subsequently opened the door to taking prosecution history into account where an issue is “truly unclear” on the reading of the patent and the file history “unambiguously resolves” the point. The other circumstance when it would be appropriate to consult the prosecution history is when it is “contrary to the public interest” for it to be ignored – for example, a claim interpretation being made by the patent applicant in prosecution which is wholly inconsistent with their claim interpretation after grant. Neither was considered to apply in L’Oréal, and the court clarified that reference to the prosecution history is the exception, not the rule.

Away from the courts, the UK Intellectual Property Office (UKIPO) released a report on patent filing trends from 1995 to 2017. Unsurprisingly, the UKIPO has seen a decline in patent filings, countered by an increase in filings at the EPO which designate the United Kingdom. UK resident applicants continue to make up the greatest share of applications made at the UKIPO, although the share of applications from non-residents is increasing, peaking at 40% in 2017. Granted patents under the civil engineering technology field made up the greatest share of grants in 2017 (11.5%), while micro-structure and nanotechnology had the greatest average compound annual growth (17.1%).

Finally, an update on UK patent law cannot end without mention of the United Kingdom’s impending departure from the European Union. While Brexit negotiations are still ongoing, the United Kingdom made a significant statement of intent on World IP Day on 26 April 2018 by ratifying the Unified Patent Court (UPC) Agreement. While the UPC remains on hold due to the pending case in the German Constitutional Court, the United Kingdom clearly remains hopeful of its arrival and future participation.

Late 2017 saw the outcome of an appeal by the London Taxi Company regarding the validity of its trademark registration for the shape of its Fairway, TXI and TXII model taxi cabs, which had been found invalid at first instance (The London Taxi Corporation Limited trading as the London Taxi Company v Frazer-Nash Research Limited, Ecotive Limited ([2017] EWCA Civ 1729)). The appeal considered the identity of the relevant consumer and concluded that this includes any class of consumer to whom the guarantee of origin is directed and who would be likely to rely on it, for example, in making a decision to buy or use the goods, and as such, could be the person who took complete possession of the goods, or someone who merely hired the goods under the overall control of a third party. The appeal also reconsidered both the inherent and acquired distinctive character of the taxi cabs. In considering the finding of a lack of inherent distinctiveness and acquired distinctiveness, the court agreed with the first-instance decision and upheld the finding of invalidity of the marks. In particular, although the court found that taxi users could be considered a part of the relevant public when assessing distinctiveness, this did not affect the outcome as the designs of the taxi cabs were not found to depart significantly from the norm in the sector.

Despite the finding of invalidity, the court held that had the marks been found valid, the London Taxi Company’s rights would have been infringed.

Another case which was watched with interest was the dispute between Sky plc v SkyKick UK Ltd ([2018] EWHC 155 (Ch)), as it considered clarity and precision when identifying goods and services and the practice of filing applications across a broad range of classes. By way of example, Sky had registered some of its marks in as many as 22 classes, although its core business areas were television broadcasting, telephony and broadband provision. Sky plc sought to prevent SkyKick from using the SkyKick mark for cloud-based IT services. Sky relied on goods and services in Classes 9 and 38, which included broad terminology such as ‘computer software’ and ‘telecommunications services’. In response, SkyKick sought to invalidate Sky’s registrations on the grounds that the specifications lacked sufficient clarity and precision and that the applications had been made in bad faith, as Sky never had any intention to use its mark in relation to all of the goods and services covered by their registrations. In relation to the matter of clarity and precision, the judgment in the IP TRANSLATOR case was considered (Chartered Institute of Patent Attorneys v Registrar of Trademarks (C-307/10)). This judgment, which looked at the extent of protection afforded to trademarks registered using the class headings of the Nice Classification system, established that an applicant for a trademark must specify the goods and services in respect of which registration is sought with sufficient clarity and precision to enable the competent authorities and third parties to determine the extent of the protection conferred by the trademark. SkyKick’s case can be exemplified by considering the first three indications relied on by Sky – ‘computer software’, ‘computer software supplied from the Internet’ and ‘computer software and telecoms apparatus to enable connection to databases and the Internet’. So far as ‘computer software’ is concerned, counsel for SkyKick submitted that this term lacked clarity and precision because it was hopelessly broad.

In relation to the question of whether the applications had been filed in bad faith, the court concluded that Sky’s trademark applications had included both goods and services for which the mark was used or was intended to be used, as well as goods and services in respect of which Sky had no reasonable commercial rationale for seeking registration. It noted that the law was unclear on whether a trademark application could be made partly in good faith and partly in bad faith, and the extent to which this could invalidate registration. Questions regarding clarity and precision, and applications made partly in good faith, have been referred to the European Court of Justice (ECJ) for consideration. The referral is an interesting point in itself, as the average time for disposal of a reference to the ECJ is between 15 and 16 months, so it is unclear whether a decision will be handed down before the United Kingdom leaves the European Union, and if it is not, whether the decision would have binding effect in the United Kingdom and whether the English courts will apply the answers to the questions referred in their final decision.

The decision considered whether Cantel possessed the requisite knowledge to satisfy the requirements for a case of secondary infringement where, in order to qualify, the alleged infringer must know, or have reason to believe, that the article concerned infringes.

Cantel pleaded that it did now know anything about design rights, and as a result took no steps to avoid copying Ark’s designs. The court found that Cantel did not have the requisite knowledge or reason to believe that it was handling infringing articles and as such were not liable for any secondary acts of infringement until the date of the judgment. Cantel’s actions before the decision were therefore not found to have been infringing. This decision, which considered provisions of the Copyright, Designs and Patents Act 1988, highlights the importance of fixing a defendant with the requisite knowledge in order to succeed in a claim for secondary acts of infringement.

The year 2018 has seen changes in the filing practice of trademark applicants in the United Kingdom, no doubt in response to the United Kingdom’s impending exit from the European Union. Despite the draft withdrawal agreement published in March 2018, including a transitional period until 31 December 2020 for existing European rights to be converted into national rights, there are concerns about the fate of applications not registered at the end of the transitional period. As the proposal stands, pending applications will need to be refiled in the United Kingdom within nine months of the end of the transition period. This could have an impact on opposed EU trademark applications, where adversarial proceedings can last for many years before a decision is reached.

The result of this uncertainty appears to be an increasing trend for both domestic and foreign applicants filing parallel trademark applications in the United Kingdom and with the EU Intellectual Property Office.

Better news for IP rights holders is that the UKIPO has stated that, subject to agreement of the Withdrawal Agreement, it will continue to protect all existing registered EU trademarks, registered Community designs and unregistered Community designs when the United Kingdom leaves the European Union. These EU rights will be converted into comparable UK rights, which will be granted automatically and free of charge. 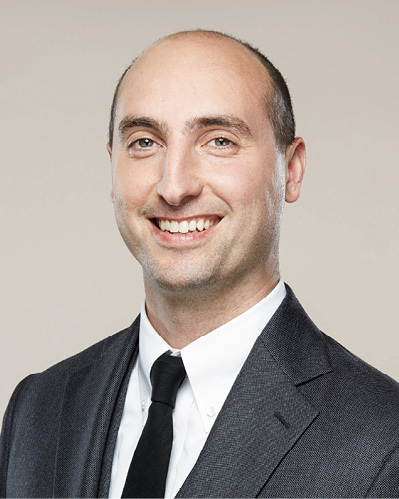 Leythem Wall is a partner in Finnegan Europe LLP’s London office. He is a chartered UK patent attorney, European patent attorney and Higher Courts patent litigator, who specialises in the chemical, energy, materials and medical sectors. Mr Wall’s practice includes UK, Patent Cooperation Treaty and European patent drafting, prosecution, third-party observations, opinions on infringement and validity, freedom-to-operate analyses, due diligence and UK and pan-European pre-litigation strategy, including the proposed Unified Patent Court. He has particular expertise in European Patent Office oppositions and appeals, including representation in oral proceedings in Munich and the Hague. 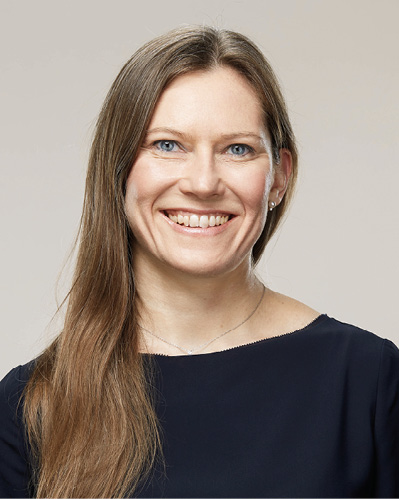 Clare Cornell is a partner in Finnegan Europe LLP’s London office. She leads Finnegan’s London trademark group and has 20 years’ experience in the IP industry. Her practice focuses on all aspects of trademark portfolio management, including trademark enforcement and seeking settlement of complex IP disputes. Ms Cornell is a chartered UK and European trademark and patent attorney, having qualified to practise in both disciplines. Her dual qualification and experience enable her to provide broad advice across IP portfolios in areas such as IP due diligence, licensing and assignment projects.