Jurisdiction for EU trademark and design cases in Germany

The Federal Supreme Court’s judgment in Perfume Trademarks, rendered on 9 November 2017, has considerably affected the ways in which EU trademarks and Community designs can be asserted before German courts. At issue is the appropriate court venue for cases where the defendant has committed several potentially infringing actions in different countries – a frequently occuring scenario in Europe’s interdependent business world. The Federal Supreme Court evaluated two potentially infringing actions:

Before Perfume Trademarks, most practitioners representing clients trying to enforce EU trademark rights in this kind of situation would have advised their clients that enforcement in Germany had a good chance of success, as both actions had been directed at German customers and had been committed in Germany. Now, although there may still be ways to argue in favour of jurisdiction in Germany – for instance, where several defendants in a supply chain can be sued – it must be accepted that Perfume Trademarks has made things considerably more complicated for rights holders trying to enforce their EU trademark rights against infringement in Germany.

However, there may be some light at the end of the tunnel. The UK Court of Appeal has referred a similar case (AMS Neve Ltd v Heritage Audio) to the ECJ. In this case, the UK Court of Appeal criticised the German decision in Perfume Trademarks. Thus, the chances are that the ECJ will rule that the issue of jurisdiction for EU trademarks and designs should be governed by different rules than the issue of applicable law. This would be welcome, since the rules of jurisdiction in both the EU trademark and Community design regulations basically aim to enhance – not to limit – the enforcement possibilities of IP rights holders in cases where infringement has taken place in several locations. So while an offer on an Italian website should of course also give rise to a jurisdiction in Italy, there should also be a potential jurisdiction in Germany if the trademark has also been infringed there.

Does a court order for injunctive relief include an obligation to recall the goods?

Another important case law development concerns the scope of obligations conferred on a defendant by a court-imposed injunction order. There were several recent Federal Supreme Court decisions (eg, Products For Wound Treatment, decided in October 2017) according to which an injunction order contained in a judgment for unfair competition or trademark infringement not only obliges the defendant to cease and desist the activity for which it has been penalised, but also demands that the defendant recall the infringing goods from its customers. Especially in preliminary injunction cases, this issue is of paramount importance for defendants (and their counsel): any failure to comply with an injunction may result in severe court-imposed fines, so it is crucial to know exactly which duties result from an injunction order (which must be observed immediately in Germany). Until recently there was some doubt as to whether patent infringement courts were to follow the lead of the Federal Supreme Court, which had so far only decided in cases of unfair competition and trademark infringement.

In April 2018 the Dusseldorf Court of Appeal rendered a decision in a preliminary injunction case for patent infringement (Razor Blade Units), which follows a different path. The court held that, as a matter of principle, injunctive relief does not per se give rise to an obligation to retrieve infringing goods that have left the infringer’s company and are located with customers of the defendant. While the court has affirmed longstanding case law to the effect that defendants under a cease and desist duty must take active measures to discontinue an ongoing state of infringement if necessary, it stated that there is no duty to recall goods from a customer. A remedy has been filed against that decision. It seems reasonable to argue that in IP cases where there is an express and separate claim for the recall of infringing goods (as in German patent, design and trademark laws, which implement the European (Enforcement) Directive (2004/48/EC)), there would be no room for an automatic duty to recall goods which is already part of an injunction order.

In Germany and all over Europe, Ritter Sport is a well-known brand of chocolate products. At least in Germany, Ritter Sport chocolate bars are packaged in a quadratic form with a wrapping paper that can easily be opened by breaking the quadrat in half. In October 2017 the Federal Supreme Court had to decide whether the quadratic chocolate packaging, which Ritter Sport has been using for a long time, was eligible for trademark protection in Germany.

The Federal Patent Court had said that it was not eligible. On appeal, the Federal Supreme Court disagreed: the court held that there was no way to argue that the claimed shape consisted exclusively of the nature of the goods concerned. It did not agree with the lower court’s reasoning that the quadratic shape was the result of the nature of the goods concerned. In the Supreme Court’s opinion, the quadratic shape was not an inherent quality of use of the chocolate bar. It may present some advantages for transporting and distribution, but these were advantages not for the user, but for the manufacturer and distributor, and therfore did not count as inherent qualities of use of the goods that would support the asserted absolute ground for refusal.

The lower court had also argued that the quadratic shape facilitated easy transportation of the chocolate bar by its user (ie, the consumer) by providing an easy way to store it in pockets. However, the Supreme Court said that this quality could not be said to be inherent in the quadratic form of chocolate bars itself, as it had to be regarded as an unusual advantage of the form. Thus, an absolute ground for refusal applied only if the form had qualities that were typical for the use of the goods concerned. The court said that advantages for transporting chocolate bars were only relevant in situations that were unusual for the use of the goods concerned.

Unitary subject matter of a design with different depictions?

The Federal Patent Court, which is in charge of appeals against decisions of the Patent and Trademark Office in nullity matters against registered national designs, decided in a case in November 2017 (Sports Helmet), where a design consisted of seven slightly different depictions of a sports helmet. The issue was whether the design concerned ‘unitary subject matter’. In this kind of situation, the current case law in Germany says that the subject matter of a design must be interpreted having regard to, among other aspects:

The leading authority on this issue is a 2012 decision of the Federal Supreme Court (Decanter). In Sports Helmet, the Federal Patent Court has now said that the design in question did in fact concern unitary subject matter, as all depictions showed the same basic form and only differed in ornamental features on its surface. The court expressly made use of a rule in Decanter which said that a potential result of the interpretation may be that a design consisting of several different depictions may concern subject matter whose features are the intersection of those features present in all depictions. The basic form consisted of features present in all depictions. The court admitted a further remedy to the Federal Supreme Court, arguing that there were still unresolved questions with regard to this result, since in Decanter the Supreme Court also said that the protection of elements of a unitary design alone was not in line with German and EU design laws. To resolve this apparent ambiguity, the Federal Patent Court admitted a further remedy to the Supreme Court.

The same issue concerned another decision of the Federal Patent Court (Sports Glasses), rendered on the same day in November 2017, where the differences in the design depictions concerned variations in brightness and contrast of the glasses. Also in this case the court admitted a further remedy to the Federal Supreme Court.

A draft statute is circulating in Germany, by which the government seeks to implement the EU Trade Secrets Directive (2016/943/EC). The general opinion is that the draft statute complies with the standard set by the directive, although it differs in structure and wording from the directive in order to comply with German legal tradition. Industry representatives have made the criticism that the definition of a ‘trade secret’ in the draft statute and directive necessitates much more active protective measures for the secret than previously required to establish a trade secret in court. The draft also implements a special procedure to protect trade secrets in court. While this special procedure applies only to proceedings where a claim based on the new statute for infringement of a trade secret is asserted, trade secrets arguably need protection in many more different kinds of IP litigation, and practitioners have argued that, if it proves successful, the special procedure in this draft statute should be transferred to other kinds of IP litigation in Germany. 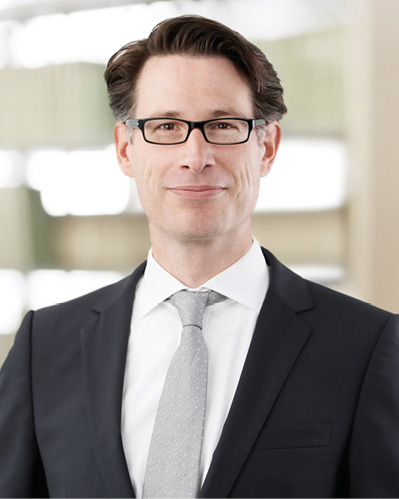 Jens Künzel advises and represents national and international companies with respect to all aspects of IP and competition law. Besides patents, his IP practice focuses on design infringement, passing off and unfair competition. He regularly acts for and advises manufacturers from various industries with design-intensive products, such as sanitary products, women’s bags, fashion and textiles. Mr Künzel graduated in law from Trier University. Following his first state examination, he studied at the University of East Anglia, United Kingdom, where in 1998 he obtained an LLM (with distinction) in common law.