Industrial property renewed in Mexico: risks and challenges for applicants and practitioners

The year 2018 will be remembered as the time in which the Mexican industrial property system underwent its most significant changes in nearly 25 years. In 1994 the Industrial Property Law was revised in the context of intense negotiations regarding the North American Free Trade Agreement and the World Trade Organisation; it is no surprise that intense trade agreement negotiations are again driving significant changes. Indeed, factoring in the current trade policy uncertainties and government changes in the United States and Mexico, further developments should be expected. The changes are in some cases substantial, in terms of availability and the requirements for obtaining rights (eg, in the case of origin denominations). However, most revisions affect the prosecution and management stages, and will result in more pressure on applicants to be better prepared to manage their IP rights in Mexico.

Although trademark law changed in 2016, when Mexico became party to the Madrid Protocol and incorporated the opposition system into national law, the revisions that were published on 18 May 2018 and came into effect on 10 August 2018 are the most significant in years (they are supplemented by another group of changes, published on 13 March 2018 and in force since 27 Apri 2018).

Regarding opposition, the law now obliges the Mexican Institute of Industrial Property (IMPI) to consider oppositions fully and discuss their merits in a grounded decision. This means that trademark owners will have more incentives to oppose trademarks and will need to make trademark surveillance a constant activity, particularly for key trademarks.

For litigation, invalidity based on prior use is now possible within five years (instead of the shorter three-year period under the previous law), and bad faith has been included as a barrier to trademark registration and a cause for nullity of registration.

The changes regarding trademark eligibility and prosecution include a dramatic turn in favour of non-traditional trademarks, including sounds, smells, holograms and trade dress. Another improvement relates to secondary-meaning trademarks for names that have acquired distinctiveness on the market. For trademarks in the same class, the law now recognises the validity of letters of consent and coexistence agreements. For products with an identity derived from the geographic origin, the option of a certification trademark has been introduced, with less restrictive conditions for registration than those required for a denomination or appellation of origin and geographic indications (both of which are also now available in Mexico), and a corresponding opposition procedure.

Another revision relates to the description of products and services, from which the law has specifically excluded headings of the corresponding class of trademark. Instead, the law now requires specific designation of products and services to be commercialised with the trademark, banning the practice of using of the headings of the corresponding class only.

Under the Industrial Property Law, the title covering inventions includes utility models and industrial designs. The most significant reforms regarding inventions were published on 13 March 2018 and came into force on 27 April 2018.

Without a clear rationale, the law regarding inventorship recognition has been changed. The right of the inventor to remain anonymous has been removed; there is now an obligation to appear in the patent application – and this is established as a right that cannot be given up. Although the apparent intent of the change of law is to protect inventors that are not named in a patent application, doubt remains regarding whether eliminating the right to remain anonymous violates fundamental rights (under the law on copyrights, on the other hand, the author retains this right).

Another significant change relates to the term for submitting information affecting patentability requirements by third parties. According to the IMPI internal statistics, third-party submissions were slowing down the examination process and the rate of such submissions was extremely low. Therefore, the law now provides for only two months from the date of publication (instead of six) for submitting information against the patentability of an application.

Linked to this was another significant change regarding the confidentiality of applications, since the Industrial Property Law now makes all files available to public inspection as soon as they are published, overturning a longstanding practice of confidentiality for patent and register prosecution files until grant. This has made it possible to change the way office actions are notified for published applications.

On the inventions side, the most significant changes have occurred on the design register (ie, design patents) arena, in order to make the Mexican system more consistent with the Hague Agreement, to which Mexico is soon expected to be a signatory. One of the changes involves the definition of the concepts of ‘independent creation’ and ‘significant degree’, as related to the novelty evaluation of the designs to be protected. Accordingly, the law now:

The provisions included a short transition period, which ended on 11 June 2018, for applicants to request applicability of the new law. For designs already granted, the term for protection will automatically be extended on payment of the corresponding renewal fees within six months before the end of the first 15-year period.

Administratively, the most significant changes were to the official fees for prosecuting patents, design register applications and utility model applications. The IMPI took advantage of the need to issue new figures for geographic indications and the new 20 and 25-year design term renewals. It changed the way such fees are charged at filing by adding a new official fee:

The real problem here is that the drafting of the decree changing the fees included “all annexes” for the purposes of counting the additional pages. The first communications by IMPI officers on the interpretation of such term was in the sense of including:

Since the decree was issued only a few days before its entry into force, there was uncertainty among applicants and practitioners regarding its proper interpretation, adding pressure to the application process. Given such uncertainty, practitioners consulted with the authorities, resulting in a promise to limit the per-page charges to:

Fortunately, the changes have been published and entered into effect as of 10 August 2018 and finalised the uncertainties of the former decree. However, there remain unknown criteria for the payments that were made under the originally published rules. The settlement of these payments is expected to occur case by case because the publication of the new criteria does not include a transitional provision for those fees paid under the previous rules.

Notifications for published patent or register applications (all figures)

The second reform to the Industrial Property Law, published May 2018, included a provision whereby notification of office actions and requirements from the IMPI for all published applications, including inventions, will be made only through the Official Gazette and personal notifications will no longer be available.

For inventions, the authorities have announced their intention to issue a weekly gazette; for trademarks, the expectation is to have a gazette published at least twice weekly. At the time of writing, the first Official Gazette with notifications had not yet been published.

Challenges for IP management under the new law

It is essential to keep up to date with further changes to the legal framework of the Mexican IP system because regulations will continue to develop as the implementation of the revisions continues. Thus far, implementation has been rushed and it has not been possible for practitioners and applicants to plan ahead in order to adapt to such changes in an orderly fashion.

One law that has not changed in Mexico is the certification of patent and trademark agents. Currently, virtually anyone can file and prosecute a trademark or patent application before the IMPI with nothing more than a power of attorney. More than ever, applicants – particularly foreign applicants – need to know whether a patent or trademark agent is in fact capable of handling the case and has the skills and knowledge necessary to advise them properly. This kind of legal reform has been needed for decades and many applicants have lost rights due to the unethical or improper behaviour of their representatives in Mexico. The authorities need to build trust and confidence in the IP system, and suitable certification of patent and trademark agents is becoming an urgent need.

In any case, with or without a proper register of professional agents, the new legal framework in Mexico is making it necessary to ensure that firms that are entrusted with the prosecution and litigation of trademark and patent applications are sufficiently prepared to protect the rights of trademark and patent owners from all the perspectives: professional, administrative and computational.

The need to have a firm in Mexico with proven computer system capabilities is now more important than ever, considering such issues as:

Further, Mexico has now joined a group of countries in which it is important to consider the length of a patent application in full (ie, not only the claims) for the sake of controlling the costs of filing. Patent drafting strategies must consider this new reality, particularly for local companies filing patents only in Mexico.

The laws incorporating the recent changes, both for inventions and trademarks, had very poor or null transitional provisions; there are thus ongoing consultations and discussions on the applicability of many of the provisions – from official fees to the publication of formerly confidential files – as they affect applications under prosecution. Although it seems clear that the provisions will apply only to applications filed under the corresponding new law, unless otherwise indicated, the IMPI has not issued clear guidelines and confusion remains regarding the implementation of most changes.

Policy makers and Mexican IP authorities missed the opportunity to change Mexican law in line with Patent Cooperation Treaty (PCT) provisions relating to flexibility regarding the recognition of priority rights when applicants have missed the regular deadlines. Mexico has reserves to the treaty in force that could have been removed if the authorities had intended to do so. In fact, practitioners have questioned these reserves because the law does not contravene such PCT flexibilities. The policy reasons for such reserves and the reason why this issue was not considered as part of the recent law package that has been enacted, remains unknown.

It is good news that free trade agreements are once again moving the Mexican IP system towards modernisation. The changes to the Industrial Property Law that took place in recent months demonstrate the clear intention of policymakers to comply with international treaties and improve the Mexican IP system for good.

However, the pace at which the changes have been enacted and implemented has put a lot of pressure on applicants and practitioners, and the need for specific regulations, clarification of interpretation and certainty from the IMPI is urgent.

The best thing to do at this point is to focus on the due diligence of the Mexican representatives in charge of the filing and prosecution of IP rights in Mexico and ask them to report any changes or new implementation criteria promptly. 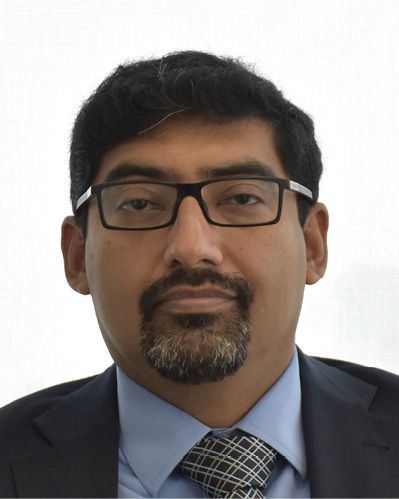 Héctor Chagoya is partner and director of patents and technology at Becerril, Coca & Becerril, managing the patent practice and consulting services for leveraging value from IP assets. The National College of Chemical Engineers and Chemists recognises him as a qualified expert in engineering economics. He publishes in specialist IP and technology transfer magazines. He has acted as president of the Licensing Executives Society (LES) Mexico, international vice president of LES International and president of the Mexican Institute of Chemical Engineers. He sits on the Mexican Association of Directors of Applied Research and Development’s technical committee and the International Association for the Protection of Intellectual Property’s pharmaceutical and biotech committee, representing the Mexican Association for the Protection of Intellectual Property.