When embarking on litigation against competitors, most patent practitioners would say that it is better to have broad claims as a basis to work on. However, the recent Dusseldorf Higher Regional Court decision in Nicht-invasiver Pränataltest I (Non-invasive Prenatal Test I, OLG Dusseldorf I-2 Z 5/17) suggests that this may not always be true. Limiting claims by incorporating (non-technical) features may in fact be a necessary pre-requisite in order to cover extraterritorial activities in patent-free jurisdictions in cases concerning analytical or diagnostic methods where competitors may easily offshore individual steps. The Dusseldorf Higher Regional Court – the most favoured venue for patent litigation in Germany – has given a further boost to the value of patents on diagnostic methods in Europe.

The case touched on European Patent EP 0 944 963 B2, which is concerned with non-invasive prenatal test methods for detecting foetal conditions such as Trisomy 21. The patent is the European counterpart to US 6,258,540, which was the subject of the highly publicised Ariosa Diagnostics Inc v Sequenom Inc (788 F.3d 1371 (Fed Cir 2015)) case in the United States concerning patent eligibility. In these prenatal tests, blood samples are drawn from pregnant women which are then analysed through a series of steps protected by the patent.

As with many diagnostic method patents, the claims at issue had the following highly simplified structure: “A method of performing a diagnosis for [a?] condition, which method comprises: (i) providing a sample, (ii) detecting the presence and/or quantity of biomarker Y in said sample, and (iii) providing a diagnosis based on the presence and/or quantity of the biomarker.”

The novelty and inventiveness of such a claim would typically arise from identifying the correlation between Disease X and Biomarker Y as expressed by steps (ii) and (iii).

In contrast to US practice, both the European Patent Office and the German Federal Supreme Court have repeatedly confirmed that such diagnostic methods do not pertain to laws of nature but are patent-eligible subject matter. The Federal Supreme Court in fact ruled in Rezeptortyrosinkinase (receptor tyrosine kinase, BGH X ZR 141/13) that it would not follow the findings of the US Supreme Court in Mayo v Prometheus (566 U:S.2012).

While obtaining patents for diagnostic methods is thus considerably easier in Europe than the United States, it may nevertheless be hard for patentees to prevent competitors from offering the protected diagnostic assays without infringing the corresponding patent.

Imagine a situation in which the patentee (eg, based on cost considerations) has decided to validate its European diagnostic patent in Germany but not the Czech Republic. A competitor may now advertise the protected diagnostic method and offer to pick up the samples in Germany and transport them to the Czech Republic. The actual analytical steps would be conducted in the Czech Republic and the results sent by mail or in electronic form to the physician. In the European Union, where despite the common market arrangement patents are still national rights, such cross-border situations can easily arise across short distances without loss of quality or service difficulties.

Exactly such a situation was the subject of a recent Federal Supreme Court decision Rezeptortyrosinkinase II (receptor tyrosine kinase II, BGH X ZR 124/15). The patentee based its infringement arguments on the German national counterpart of Article 64(2) of the European Patent Convention (EPC), which stipulates that the scope of a patent pertaining to a process will extend to the products directly obtained by such process. Interestingly, the German counterpart to this provision had originally been established through case law in 1888 to allow patentees to stop the import of dyes which had been manufactured according to the patented method in patent-free Switzerland. At that time, compound protection was not available under German law and patentees had to rely on this provision to prevent copycat manufacturing of their products.

Fast forward more than a century and the patentee in Rezeptortyrosinkinase II took the position that the diagnostic information which was the result of performing the final method steps in the Czech Republic was to be considered as a ‘product’ directly obtained by the patented method. Sending these results back to Germany and its patent protection regime was analogous to the import of a physical product that had been manufactured according to the method patented abroad. The position taken by the patentee was reminiscent of a discussion from the early 2000s on reach-through claims and research tool patents in the US case Bayer AG v Housey (340 F.3d 1367 Fed Circ (2003)), which had never been ruled on in Germany.

However, the Federal Supreme Court denied infringement as the diagnostic information obtained through a patented method, and the conclusions drawn therefrom, was deemed to represent information and was not equivalent to a physical product, the protection of which was the aim of the national counterpart of Article 64(2) of the EPC. Many observers considered this decision to more or less finally prevent the possibility of patentees attempting to enforce such diagnostic method patents in situations where substantial parts of the allegedly infringing patent-protected steps were offshored to patent-free jurisdictions and where only the diagnostic information would ultimately be sent back to the patent-protected territory.

The recent Dusseldorf Higher Regional Court decision Nicht-invasiver Pränataltest I has presented an unexpected solution to this knotty problem. As in the Rezeptortyrosinkinase II case, the defendant collected the samples in Germany and shipped them to a laboratory outside Germany in a patent-free country where the actual analysis was undertaken. The test results were then sent back to the physician to discuss with the patient.

Considering the above claim and the principle of territoriality governing patent law, the court concluded that there was no infringement and denied the request for a preliminary injunction. However, in a remarkable obiter dictum the court pointed out that the outcome would have been different if the claim had comprised an additional feature. The court referred to previous decisions on induced infringement in the IT space where many products and services rely on IT infrastructures dispersed across multiple territories, some of which may be patent free.

In an earlier decision, Prepaid Telefonkarte (‘prepaid telephone card’, OLG Dusseldorf I-2 U 51/08), the Dusseldorf Higher Regional Court ruled on a patent protecting a method according to which:

A competitor of the patentee sold such pre-paid cards in Germany. The server, which after receiving an activating signal would enable the user to make calls within Germany, was however located abroad in a patent-free jurisdiction.

In addressing the facts, the court held it to be a general principle that steps of a manufacturing method which are conducted by a third party outside the patent-protected territory and lead to an intermediate product can be attributed to the party acting in Germany which uses the intermediate product for the remaining steps of the claimed method. These principles were held to apply to working methods as well. The pre-paid card which activated the server was sold in Germany, and the calls which were enabled by the server also took place in Germany. Under these circumstances, where both the first and last steps of the protected method took place within the patent-protected territory and were reflected by features in the claim, the offshore activities of the third party could thus be attributed to the vendor of the pre-paid telephone card, which the court duly held to infringe the claims.

Considering the diagnostic method claims under discussion, the court noted that while the initial step (ie, the collection of samples) took place in Germany, the remaining method steps were conducted abroad in a patent-free jurisdiction. The invention was thus accomplished outside Germany and a finding of infringement would be incompatible with the principle of territoriality The Supreme Court case law indicated that (diagnostic) information does not equate to a physical product.

However, the outcome would have been different if the claim had included an additional feature – namely, communicating the results to the patient: “A method of performing a diagnosis for diseases X, which method comprises: (i) providing a sample, (ii) detecting the presence and/or quantity of biomarker Y in said sample, (iii) providing a diagnosis based on the presence and/or quantity of the biomarker, and (iv) communicating the results to the patient.”

The court intimated that under such circumstances both the first and last steps of the claim would be conducted in Germany, while the intermediate steps would bracket the domestic preparatory work (collecting the sample) and the concluding work (providing the results). This last step would represent the success of the invention. In this situation, it would have been possible to attribute the intermediate steps which had been performed by another party outside Germany to the domestic party and thus find for infringement. The court did not consider it to be a problem that from a technical perspective the domestic steps of collecting the samples and communicating the diagnosis were ancillary acts that did not even represent the core of the invention and were not crucial for the grant of a patent.

At first glance, it may seem counterintuitive that infringement can be established by adding features of non-technical nature to claims. But for patentees it is clearly an attractive option that offshoring even the most fundamental steps of a diagnostic method to a patent-free territory may not prevent infringement by a third party. This applies all the more, as the features necessary to establish induced infringement in view of their non-essential character need not be recited in the independent claims, but can be included in dependent claims. The value of such limited dependent claims with non-technical features is more than obvious.

For those working in the diagnostic space, it is advisable to re-examine patent portfolios and consider incorporating additional dependent claims. 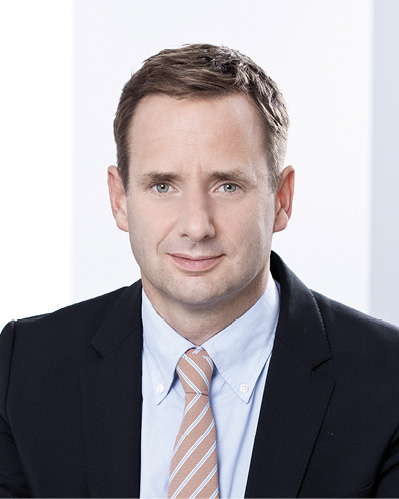 Dirk Bühler is a partner at Maiwald. His technological focus is on biotech (including antibodies, proteins, immunology and gene editing), pharma (drug delivery) and diagnostics. His main activities are the creation of complex product-related patent portfolios, including divisional and supplementary protection certificate (SPC) strategies, but also contentious work such as oppositions, appeals or nullity proceedings, often in the context of multi-national litigation. Dr Bühler is a co-editor of Supplementary Protection Certificates: A Handbook and has received numerous awards for his work on biotech and SPCs.