Anything that can go wrong, will go wrong: Romania in the spotlight

This chapter outlines and compares Romanian and EU trademark practice.

The new EU trademark legislative reform has affected certain areas of EU Intellectual Property Office (EUIPO) practice. Consequently, the EUIPO Examination Guidelines have been revised to ensure that their content is fully aligned with the new legislative framework. The new guidelines’ purpose is to increase consistency and predictability in examination and to reflect the latest case law of the European Court of Justice and the EUIPO Board of Appeal.

The guidelines also clarify the assessment of the risk of confusion in opposition proceedings, emphasising that finding dissimilarity between signs is reserved for clear cases and must be thoroughly reasoned. In this respect, a number of principles are clarified and concrete examples are provided in order to better understand the assessment of the similarity of trademarks and goods and to determine whether there is a likelihood of confusion or association.

The basic examination principle was provided in Sabel BV v Puma AG (Case C-251/95, 11 November 1997, ECR 1997, 1-6191), which stated that: “The likelihood of confusion must be appreciated globally, taking into account all factors relevant to the circumstances of the case. That global appreciation of the visual, aural or conceptual similarity of the marks in question must be based on the overall impression given by the marks, bearing in mind, in particular, their distinctive and dominant components.”

The practical assessment has been explained in European Trademark Law Community Trademark Law and Harmonized National Trademark Law: “What does the average consumer of the goods in question retain when he/she sees the mark, as the average consumer will not generally observe all the details of the mark? In this context it should be borne in mind that in practice, product recognition is frequently based on visual observation, in particular in the case of consumer goods that are purchased without extensively studying the goods… In such cases, the distinctive pictorial elements used carry extra weight.”

In this respect, the guidelines regarding the comparison of signs thoroughly approach the general principles, providing detailed explanations on how this type of trademark should be examined in an opposition procedure: “In the comparison of marks, the visual, phonetic and conceptual similarity must be assessed by weighing up the coinciding and the differing elements, and by taking into consideration their distinctiveness and dominance… All these considerations will lead to a conclusion on the degree of similarity in each (visual, phonetic and conceptual) aspect… the degree of distinctiveness of the various components of composite marks is an important criterion that must be considered within the trademark comparison.”

The visual comparison of the trademarks usually determines whether an element is visually outstanding. If that is the case, it must be consistent with an evaluation of dominant character. If it applies to two or more components, they will be considered co-dominant.

The presence of a non-distinctive element means that the sign should be considered to fall under the guidelines’ provisions regarding absolute grounds, namely:

EUIPO documentation establishes criteria to be applied by EUIPO examiners, providing a source of information for practitioners and trademark owners.

Considering the need for legal harmonisation to create common standards and practices for all EU member states, it should be supposed that the guidelines also address the examination practices of national offices.

As the different practices and interpretations of national offices lead to different outcomes when assessing the likelihood of confusion in identical cases, common practice has been established through convergence programmes such as that established in Romania.

However, following the latest opposition decisions issued by the State Office for Inventions and Trademarks, it seems that there are some differences in assessing similarity, especially when a comparison is made between complex trademarks or between verbal and complex trademarks. There is also a difference in the approach to analysing descriptive words in the overall assessment of dominant elements in the conflicting signs. 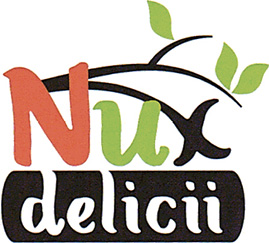 The Appeal Commission in Decision 164 (29 September 2016, Case 125/2016) noted that: “Visual similarity is made in its entirety, taking into account the dominant and distinctive elements of the marks, so that the presence of the graphic elements of the conflicting marks creates a different overall image… The Commission considers that this is sufficiently distinctive to create a difference in the visual similarity of the conflicting marks. In the view of the Commission, visually, within the requested trademark, the verbal element ‘delicii’ (‘delights’) and the complex graphic element have a high share of distinctiveness.”

Also, considering that the earlier trademark NUXE was a verbal mark, and that within the later trademark the word ‘nux’ was perfectly legible, the EUIPO principle that there can be no visual comparison between a verbal and complex trademark was completely ignored.

According to the decision, and contradicting EUIPO practice regarding complex trademarks, it seems that if one of the trademarks has a visual element, the wording analysis from both criteria (verbal and visual) no longer has importance, even if the words are perfectly legible and despite the central position in the visual ensemble.

Moreover, the phonetic structure of the two trademarks was found to be only slightly similar, and from a semantic viewpoint, ‘nuxe’ and ‘nux’ were considered to be fantasy words. Consequently, the commission concluded that the trademarks were dissimilar.

The Opposition Commission decided on the opposition (1029721, 24 November 2017) after analysing the similarity of conflicting trademarks for goods in Class 16. The commission stated that: “From the visual point of view, there is no reason for identity or similarity between the sign in the application for registration and the opposing mark: the opposing mark is made up of the AVANT word with special characters and fonts, unlike the mark in the application for registration, which is composed of the figurative element to which the name AVANTOFFICE is attached... having a contrasting nuance. The letter fonts with which the name of the opposed mark is written is different from the lettering of the name in the registration application. Analysed in their entirety, depending on the distinctive and dominant elements, it is found that the brands are formed from different graphic representations and names, distinct from each other, so that the general impression and the visual impact on the consumer audience are totally different, eliminating the risk of confusion or association between them.”

What the decision failed to consider was that due to the “contrasting nuance”, the earlier trademark actually contained two words: ‘avant’ and ‘ office’. Although the word ‘office‘ is descriptive for Nice Class 16, indicating the destination or use of the goods, the analysis provided no comments on this weak element. This word was completely lost in the phonetic, semantic and conceptual assessments of similarity – the decision referred strictly to “the common verbal element AVANT, which creates for the consumers a similar phonetic perception”.

Moreover, the conceptual assessment was merely a visual analysis and the commission concluded that: “From conceptual point of view, the conflicting trademarks are different, as both are built on visually different verbal and figurative elements, which cannot induce the consumer the idea that they belong to the same owner. The structure and overall image of the two brands is so different that the only common element, the word AVANT- is not likely to create a risk of confusion or association between them.”

These cases are not unusual and, contrary to EUIPO practice, the descriptive words seem to contribute to the distinctiveness of the trademarks and the complex marks. This implies that the Common Communication on the Common Practice of Relative Grounds of Refusal – Likelihood of Confusion (regarding the impact of non-distinctive and weak components) appears to have been ignored.

Figurative elements and special fonts of a complex trademark are also considered dominant in the overall assessment over verbal elements, even if they are perfectly legible. Such an approach is simplistic, since the use of a mark is not limited to visual identification elements, as marks are also used verbally (eg, on purchase) or by taking over the brand name in press articles (in these situations, the visual elements do not contribute to brand identification).

Any examination confusion regarding what conceptual analysis means (analysis which should strictly relate to semantic assessment in order to determine whether the word elements have a meaning or are fantasy words or invented notions), leads to an erroneous assessment of the ‘artistic’ concept and therefore leads to erroneous decisions. 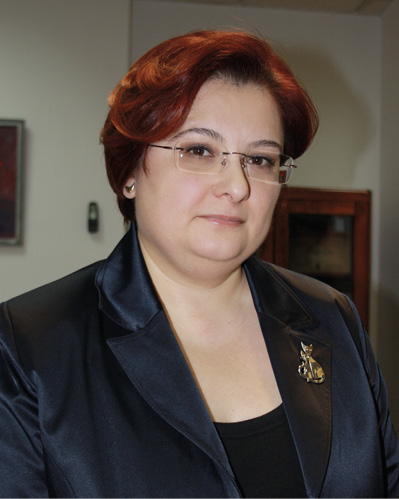 Denisa Markusev has worked at Rominvent since 2003 and is a trademark attorney in the firm’s IP practice. She focuses on licensing, trademark infringement, legal research, prosecution and litigation. Ms Markusev achieved her BA in civil law and LLM in European litigation from the Dimitrie Cantemir Christian University in Bucharest. She is fluent in Spanish, French, Serbian and Italian, and has a working proficiency in English. She is also an active member of European Communities Trademark Association, the International Trademark Association and the International Association for the Protection of Intellectual Property.