After a lifetime of deference to utility patents, in recent years design patents in the United States are enjoying a place of prominence. Design patent filings at the US Patent and Trademark Office (USPTO) have increased sharply and design patents are finding a more important role in corporate patent portfolios. Much of the attention stems from the Apple v Samsung smartphone litigation in which $399 million in damages was awarded for design patent infringement.

But the impressive damages award is only part of the picture. Viewed more closely, design patent laws have been reshaped in a short amount of time on several fronts: the Supreme Court, the Court of Appeals for the Federal Circuit and the legislature. This chapter looks at each of these areas of activity.

The smartphone litigation that brought fanfare to design patents made its way to the Supreme Court at the end of 2016. At issue was the damages award.

For over a century the Supreme Court had mostly sidestepped design patent jurisprudence. But in Samsung v Apple the court took on the damages remedy distinctive to design patent infringement in Section 289 of the Patent Act. The section makes it unlawful to make or sell an “article of manufacture” to which a patented design is applied and makes an infringer liable to the design patent owner “to the extent of his total profit”. The section does not embrace utility patents, and the prospect of total profits and the attendant deterrent effect have long been attractive traits of design patents in the United States.

Before the Supreme Court addressed Section 289, infringers would be compelled to disgorge all of their profits on the sale of a product, even when the design patent protection extended only to a portion of the product and hence, strictly speaking, only that portion of the product infringed the design patent. In a Federal Circuit decision from 2015, Nordock v Systems, this meant that the owner of a design patent covering a lip and hinge plate for a larger loading dock leveller was entitled to the profits of the entire dock leveller, not just profits based on the lip and hinge plate. Other decisions have had similar outcomes, finding no place in Section 289 for the rule of apportionment in which total product profits should not be recovered for protection on a mere portion of a product.

However, in Samsung v Apple the Supreme Court read the statute differently. Based on a broad understanding of the term, the court held that an ‘article of manufacture’ in Section 289 for a multicomponent product could be the product sold to consumers, as well as a component of that product. Interpreted as such, the section’s “total profit” need not always be assessed in view of the product embodying a protected component, and rather could be assessed in view of that component alone. The court set out a two-step framework for the determination:

The court went further, making clear that the word ‘total’ in “total profit” indeed means ‘all’. 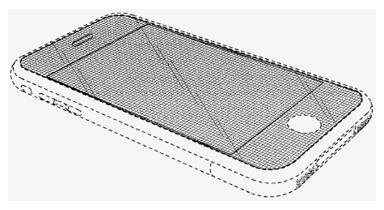 In the lower court, a jury found that Samsung’s smartphones infringed the design patents. Apple was then awarded the total profit made from the sales of the infringing devices, in all $399 million in damages. On appeal, the Federal Circuit affirmed the award, rejecting arguments presented by Samsung that the damages should have been limited to what Samsung viewed as the relevant article of manufacture – namely, the front face of the smartphone and not the entire smartphone itself.

Now, with the Supreme Court weighing in, the total profit to which Apple is entitled need not necessarily be assessed in view of the entire infringing smartphones, and rather could be assessed in view of just the front faces. In other words, the article of manufacture for purposes of Section 289 might merely be the front faces of the smartphones. The issue awaits action by lower courts.

For US design patent laws and Section 289, the holding in Samsung v Apple means that infringers will not always be compelled to disgorge all of their product profits when the infringed protection extends only to a component of that product. More will be known about the significance of the case as lower courts parse its holding, particularly as courts delve into the first step of identifying the ‘article of manufacture’ in the opinion’s two-step framework. Other remedies available to design patent owners under the Patent Act (ie, lost profits or a reasonable royalty) are not altered by the Supreme Court’s holding.

Still, the deterrent effect accompanying US design patents by and large endures. ‘Total profit’ decidedly means all profits in Section 289, although its application could be shifted in certain cases. For multicomponent products, the most effective strategy for protection remains a healthy mix of design patents of varying scope – those covering the overall product and those covering key components of the product.

The Federal Circuit and functional aspects of a design

The ‘factoring out’ approach

In 2010 an approach for handling functionality as it relates to a design patent arose out of the Federal Circuit decision in Richardson v Stanley Works. In the case, the lower court identified and ‘factored out’ several functional components of a multi-functional tool (US Design Patent D562,101), stating that the design patent’s scope did not extend to these functional elements. By ignoring the functional elements, the lower court found the patented design different from the accused design and entered a judgment of non-infringement.

The Federal Circuit affirmed the analysis, stating that several elements of the multi-functional tool were driven purely by utility. This led many lower courts to disregard functional aspects of a patented design during claim construction. Courts instead focused solely on the ornamental features. Under the analysis, design patent claims were viewed as more limited in scope.

More recently, the Federal Circuit has backed away from this approach to claim construction. In 2016 in Sport Dimension v Coleman Co the Federal Circuit reversed the lower court’s analysis, which excluded from consideration functional aspects of a design.

In the case, the Coleman Company asserted US Design Patent D623,714 (D’714) against Sport Dimension. The D’714 patent covers a personal flotation device, consisting of left and right arm bands connected to a torso piece (see Figure 2). The sides of the torso piece are shown tapering toward a connecting strap. The lower court found that the left and right arm bands and the side torso taper were functional aspects of the design, not ornamental. For this reason, the court eliminated these features from the claimed design during claim construction and, as a result, entered a judgment of non-infringement of the accused design.

In reversing the lower court decision, the Federal Circuit stated that the arm bands and side torso taper could not be entirely eliminated from the claimed design. The Federal Circuit reasoned that it is not proper to entirely eliminate an element from the claimed design, even if that element serves a functional purpose. Instead, the Federal Circuit instructed that courts should focus on what these elements contribute to the overall ornamentation of the design, rather than focusing on their particular functional design. While the scope of coverage of functional elements may be limited, these elements cannot be entirely disregarded from the overall design.

The Federal Circuit also set out several factors to assist the lower courts in determining what aspects of a design are functional:

With this analysis from the Federal Circuit that functional elements cannot be ignored, design patent coverage in the United States is perhaps broader than previously thought. While functional features are given more limited protection than ornamental aspects, they must be considered for what they contribute to the overall ornamental design per the holding in Sport Dimension v Coleman Co. 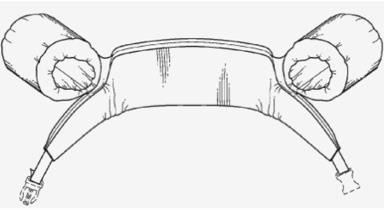 The legislature and the Hague Agreement

In addition to case law, legislation has reshaped US design patent laws in recent years. In 2015 the Hague Agreement came into effect in the United States, representing the largest legislative development directed at design patents in decades and a considerable step towards international harmonisation. While there are many similarities between regular US design applications/patents and Hague design applications/patents, there are meaningful differences.

Perhaps the biggest difference is that Hague design applications are published six months from the application’s filing date, whereas regular design applications remain confidential until patent issuance. One benefit of publication is that under certain circumstances, a patentee can collect reasonable royalties from an infringer calculated during the period from publication to issuance – a privilege in the United States known as ‘provisional rights’ and previously only available to US utility patent owners.

With newfound prominence and maturing laws, design patents are sure to continue their rise in the United States. Nonetheless, the attention is overdue. Products are poised to benefit most with an acute focus on design patent protections, especially when protection is aimed at key components of a product and at components that are commonly replaced amid use of a product. In the end, as more patent stakeholders view design patents in the same light as utility patents, products will gain protection and corporate patent portfolios will gain strength – a win on several fronts. 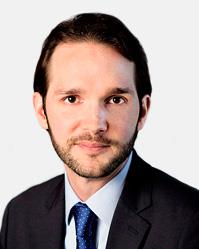 Corey M Beaubien serves on Reising’s management committee. His experience embraces most aspects of IP counselling, with a focus on developing and managing corporate patent portfolios. Mr Beaubien secures patent protection for innovations in the automotive, medical, aerospace and robotics industries. He manages an industrial design patent portfolio that protects some of the world’s most well-known automotive designs and their replacement exterior parts. He holds a JD from Wayne State University Law School in Detroit and a BS in mechanical engineering from GMI Engineering and Management Institute (now Kettering University). Mr Beaubien enjoys writing and speaking about contemporary US patent law topics. 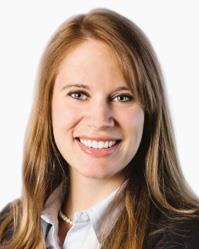 Melinda D Zatkoff is an associate whose practice includes patent and trademark counselling, with a particular focus on procuring and utilising patents in the automotive and chemical arts. Ms Zatkoff works with an automaker to secure industrial design patent protection worldwide. Ms Zatkoff graduated from the University of Detroit Mercy School of Law. During law school, she was an executive editor of the University of Detroit Mercy Law Review. She also graduated from the University of Michigan in Ann Arbor with a BSc in biochemistry. 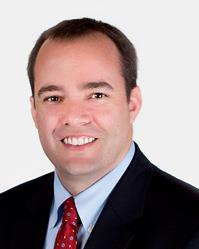 Jeffrey L Doyle serves on Reising’s management committee. His practice primarily centres on developing and managing patent and trademark portfolios. He regularly prepares and prosecutes patent and trademark applications, conducts patentability and trademark registrability/use studies and renders opinions relating to infringement and invalidity issues. He has experience in a broad range of industries, including the automotive, medical, consumer products and robotics industries, and his experience encompasses mechanical, electrical, and computer-implemented technologies. In addition, Mr Doyle has experience in a variety of other aspects of IP counselling, including negotiating IP-related agreements and conducting corporate due diligence investigations.