The IT continuum: challenges to IP and relationship management

The Internet of Things (IoT), big data analytics and artificial intelligence (AI) are IT mega-trends that are not only evolving rapidly, but also infiltrating practically every industry, including agriculture, transformation industries, healthcare equipment and consumer products, to name just a few. These technologies naturally raise data privacy concerns, based largely on the fact that product user information is now a valuable tool for developing further services and for marketing purposes, and can be incorporated into and analysed through big data repositories. But they also pose challenges in relation to intellectual property and the ways that we establish IP-based relationships.

IoT, big data analytics and AI have become part of what could be called the ‘IT continuum’. This continuum can best be described by first analysing the role of the IoT. Everything from households, clothing and common electronics to transportation modes (eg, cars, airplanes, ships and trains) and industrial machinery can now connect to the Internet in real time, and data can thus be exchanged between these objects and the ‘cloud’. Data that is collected from millions of these objects and then transmitted to the cloud accumulates to form ‘big data’. But what is the point of gathering all of this data if it is not used wisely?

The human brain is naturally limited by the amount of data that it can process and the speed at which it can do so; computers have no such limitations. Previously, humans could make wise decisions on their own based on data; but now the sheer volume of available data makes such unassisted decision making practically impossible. Through the use of AI, computers can be fed big data on patterns of previous data-based decisions, and then make decisions based on these patterns, measure the results, learn new results and optimise their decision making. We are only one step away from completing the cycle of the IT continuum – that is, the point where decisions made by computers are actually performed. AI systems will use the IoT to communicate with connected things, which will report their performance to the cloud and store the data as big data, which will in turn be transmitted to the AI systems, which will then make further decisions to be executed by the connected things and so on – all at a greater speed with each subsequent cycle.

The traditional role of humans in these activities is undoubtedly threatened. But what role will intellectual property play in this continuum and how will relationships between humans and machines be built through it?

Figure 1. The IT continuum

Intellectual property in the IT continuum

Objects did not previously have inventive capabilities. For this reason, IP rights exist under the assumption that intellectual creations can result only from the creative efforts of humans and are granted as a fundamental right under most human rights treaties and national constitutions. But, as is clear from the IT continuum, some creative decisions can now be made by a computer code to which hundreds of authors may have contributed in an open-source environment.

AI makes it possible to design objects based on prior design data to comply with certain needs or specifications; these ‘new’ designs can then be produced through three-dimensional printing. An increasing number of things are being ‘created’ by computers, and therefore IP rights regimes must evolve in order to properly manage the ownership of such creations.

These creative decisions are likely to be based on data that is gathered through the IoT and is copyrightable as a database, which will provide great market leverage to whoever controls such data.

On the patent side, although the determination of patentable subject matter is a complex issue where computers are involved, it is clear that the ‘things’ in the IT continuum may be patentable. These things include communication systems, wearables, machinery with sensors and other tools and apparatus which communicate with and perform as directed by AI. Patents may also incorporate features of big data analytics or AI and even systems which implement the IT continuum in certain ways in order to solve a particular problem or human need.

That said, subject-matter eligibility requirements for patents seem to overlook the fact that computers and computer programs can be used to solve problems that are not related to the computers and systems themselves. Patent offices examine computer-implemented inventions using different standards from those applicable to the examination of chemistry, biotechnology and machine inventions. The rationale that an invention is not patent eligible because it uses regular computers configured in a certain way would be equivalent to saying that since all chemical elements are known, configuring or combining them in a certain way does not create new compounds that solve a determined problem or human need. Alternatively, it would be equivalent to saying that because amino acids are known as a unit, all proteins are not eligible because they are amino acids configured in different ways. Another analogy would be determining that no machine is inventive because all machines are based on different arrangements of simple, common machines (eg, levers or pulleys).

As AI and the IoT advance, it becomes increasingly clear that the different ways in which computers and connected things can be configured and programmed will produce different results in solving human needs that are no less inventive than inventions in other fields; denying them patent protection would thus be discriminatory under the terms of international treaties.

Finally, there are a number of services around the IT continuum (eg, medical services, retail distribution and sales and maintenance) in which trademarks and identifications of the originating companies are crucial for commerce, with the added complexity that such trademarks will be combined with other trademarks in the IT continuum, making their management much more difficult.

The coexistence of proprietary and non-proprietary materials in the IT continuum also necessitates change, as the number of users and persons involved in developing and using codes and content becomes unmanageable. This leads us to the next question: how will relationships and risks be managed in the IT continuum?

Managing relationships in the IT continuum

Perhaps the most challenging issue regarding the IT continuum is relationship management. Stakeholders in the IT continuum include manufacturers, data subjects whose data is incorporated into big data repositories, investors, R&D institutions and developers and data users. However, the potential risks arising from actions taken by computers based on AI systems and the inherent complexity of having so many people involved in the process (eg, users, owners, managers and service providers) are increasingly unmanageable – and are actually becoming the subject of big data themselves.

The first industry to evolve significantly in this regard was the music and content industry, particularly in the context of royalty collection. Collective copyright management organisations in many countries had previously faced criticism over how their copyright income was distributed among authors and performers. Similarly, editors had control over the entire royalty chain and authors received ridiculously low royalties from physical distribution channels (eg, CDs). Nowadays, the ability of new systems to track the number of times a song, video or any other content is actually heard or viewed by users of subscription services has dramatically changed royalty management by precisely accounting for how famous a given work is – and thereby directly empowering authors – as opposed to the previous system of questionable rankings determined by the collective management organisations and editors themselves.

In general IP terms, a variety of risks arise from practices such as crowdsourcing, which facilitates AI and IoT development in common platforms without territorial boundaries and is susceptible to abuse of persons involved in the process. Therefore, a big data solution is also required to manage liability for machine behaviour and its resulting intellectual property, the ownership of data analysis results, data licensing, the privacy of data subjects and the cross-relationships arising from these processes, as proprietary and non-proprietary things, data and processing methods all interact on the same platforms and marketplaces.

Going back to the music industry, there are running examples of AI systems that can develop melodies based on a user’s input of certain notes. The system processes these notes and in turn suggests a sequence of notes with a rhythm that ‘makes sense’ according to the music library to which the system has access (eg, see http://aiexperiments.withgoogle.com/ai-duet). This means that a complete work can be created from the interaction between a human and a computer; the IP rights to such works thus need to be addressed in novel ways. Imagine that a new song is created from the inputs of multiple people with the intervention of a computer; how will royalties be managed in such case?

The future marketplace will be dominated by blockchain technology and old-fashioned paper contracts will be converted into ‘smart’ contracts, consisting of a code where a set of conditions are programmed as a series of conditional sentences (if-then-else or cases), so that whenever the programmed sentences are true, certain obligations are automatically executed under the same code. Smart contracts based on blockchain may make royalty audits useless, as royalties may be paid as soon as an end user purchases a product from a sales point in an intelligent store and the purchase is registered within a blockchain.

Fair use of open-source code through blockchain may also include code that will prevent running a code that is related to an unauthorised use under the licence, which will also be executed immediately on the attempted unfair use.

In short, the IT continuum will soon require integrated tools for the enforcement, licensing and acquisition of IP rights and for the management of the complex relationships arising from this unstoppable trend. 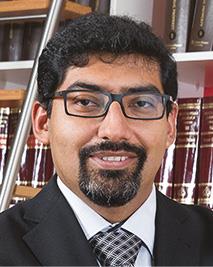 Héctor Chagoya is partner and director of patents and technology at Becerril, Coca & Becerril. With IP experience since 1997 in many technology and industry areas, he was the first in Mexico to hold the Certified Licensing Professional credential. He is in charge of the firm’s patent practice – one of the largest in Mexico – as well as consulting services for leveraging value from IP assets.