The interplay of patent prosecution and litigation in Germany

Foreign colleagues in international litigation often ask us whether there is any kind of prosecution history estoppel in Germany. The answer can best be summarised as “generally no; however…” This chapter sheds some light on the extent of the “however” and from this draws advice for both prosecution and litigation practitioners.

The influence of prosecution history on litigation in Germany is minimal when compared to US practice. Historically, prosecution history has had essentially no influence on suits in the German system. If a product was considered to fall under a claim from an objective viewpoint, there was no rescue for the infringer by referencing statements made by the applicant during prosecution. However, legal practice has evolved somewhat.

In Okklusionsvorrichtung, an inaugural landmark decision, the German Federal Court of Justice had to decide on infringement in a case where the original application included embodiments A and B to reach a technical situation, and as a consequence of a limitation introduced during prosecution the eventually granted claim was directed to embodiment A only. The court held that infringement under the doctrine of equivalents of a product which corresponded to embodiment B had to be denied because of this intentional exclusion of embodiment B in the claims. Accordingly, the prosecution history can play a role in the case of infringement under the doctrine of equivalents.

US attorneys may recognise a certain similarity to the disclosure dedication rule in the US system. However, the key question is not what the applicant stated during prosecution, but rather what it chose to restrict to get the claims allowed as compared to the alternatives offered by the original disclosure. Nonetheless, to some extent it is fair to say that the prosecution history plays a role in such a situation.

Pemetrexed, a more recent decision of the Federal Court of Justice, attracted significant attention and has been called the “introduction of a German file history estoppel”. This comparison seems disproportionate from a US perspective, although the case does raise interesting practical considerations. In this decision the court clarified that it is generally admissible to take into account statements of the applicant or examiners during prosecution as an indication of how the skilled person would understand the subject matter of the patent. Due to their merely indicative nature, such statements do not have a legally binding effect on infringement proceedings. However, they are nonetheless considered seriously alongside other aspects relevant to claim interpretation and thus may have an influence on infringement proceedings.

Accordingly, with reference to the prosecution history of patents in general, the Federal Court of Justice essentially holds that a claim restriction or selection for the purpose of overcoming prior art will ultimately bar the way to infringement under the doctrine of equivalents for the excluded subject matter, irrespective of whether this limitation was objectively necessary. However, where a selection or limitation was made in response to formal objections by the examiner (be they legitimate or not from an objective viewpoint), generally it cannot be assumed that an intentional selection or limitation was made by the applicant at the time, which leaves the question of infringement under the doctrine of equivalents open for the excluded subject matter.

The recent change in German practice has an impact on patent drafting and prosecution. One straightforward conclusion is that the prosecution attorney should be wary of incorporating features into the claim during prosecution when alternative features performing the same function are disclosed in the application. Particular care should be exercised when incorporating functional language into the claims, since more specific features may not be exactly the same when it comes to the function that they perform. Accordingly, the practitioner may exclude certain more specific examples without even noticing. On the other hand, German prosecution tends to be more flexible with regard to amendments than prosecution before the European Patent Office (EPO), which sometimes takes a hyper-textual approach to added matter. Therefore, when a national German patent is prosecuted, the practitioner should consider whether – instead of selecting one or more features from a list – an overarching, more general feature can be introduced. Such a feature may not necessarily be literally disclosed, but German case law allows for such ‘intermediate generalisations’ to some degree. This is a way of limiting the claim without excluding certain features by selection as previously mentioned. The intermediate generalisation may provide a limitation which still encompasses various more specific features.

Another conclusion that can be drawn from the recent case law is that the practitioner should make clear in submissions to the patent offices that a certain amendment is based merely on a formal objection raised by the examiner. Such amendments are often prompted by added matter or clarity objections, especially when prosecuting before the EPO. By stating that the amendment is based merely on such a formal objection, the previously described adverse effects may be avoided. Of course, the practitioner should be careful when using the amended feature in a novelty or obviousness discussion, because this may later give rise to the objection that the feature was actually introduced to limit the claim over the prior art. In this case, alternative features may again be excluded from the scope.

One of the conclusions that can be drawn for the patent drafting process is that the drafter should include as many intermediate generalisations as possible. This will allow the prosecution attorney to limit the claim on several levels of abstraction without necessarily excluding alternative concrete realisations of the more general concepts.

The plaintiff in an infringement suit in Germany should keep the applicant’s statements in mind during prosecution and should avoid pitfalls that may arise from these statements when arguing for infringement. German infringement courts have a remarkable technical understanding and readily notice (particularly with the defendant’s help) the patentee’s self-contradictions – which these courts certainly do not appreciate.

The defendant in an infringement suit may make use of the patentee’s self-contradictions, establishing a line of argument that it flanks with the patentee’s own statements by presenting them to the court as an indication of how the skilled person would perceive certain features.

For both plaintiffs and defendants, it is recommended to keep discussions focused and give way to succinct pleadings with emphasis on reasonable arguments, rather than exhausting elaborations in which good arguments run the risk of being diluted by weak arguments. Among the many aspects that a court must consider when arriving at a decision, the psychological dimension of the litigation should not be underestimated. Clearly, presenting wrong or annoying statements may compromise the party’s credibility before the court.

In short, branching off utility models is a way to quickly obtain a separate protective right that can be used immediately for litigation. Unlike in other jurisdictions, a utility model in Germany may coexist with a patent or patent application without triggering double-patenting issues.

One of the many advantages offered by utility models is that they do not involve an examination proceeding on the merits. Thus, litigation may be less compromised by statements made during prosecution of the utility model. As a utility model can be branched off years after the filing date of its parent patent, it may serve as a powerful weapon because potential infringing products are well known by this time – such that, within the limits set by the scope of disclosure of the patent application, the scope of protection claimed in the utility model can be fully tailored to the infringing products and drafted under consideration of the prior art of the corresponding patent examinations. 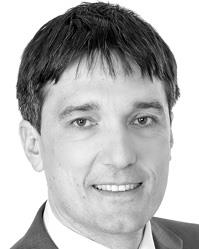 Joel Nägerl is a qualified German and European patent attorney and a partner at Zimmermann & Partner, advising and representing international players in high-profile international litigation. He serves as an appointed court expert at the Dusseldorf Appeal Court. He holds a diploma and a PhD in physics. One of his particular strengths is his technical expertise in developing offensive and defensive strategies in litigation. 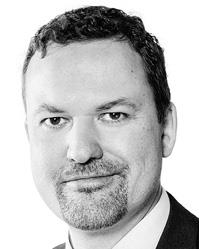 Frank Steinbach is a partner at Zimmermann & Partner, advising major international players on strategies for complex patent portfolios. He holds a diploma and PhD in physics, and is a qualified German and European patent attorney, US patent agent and certified European patent litigator. His work has a particular emphasis on the interplay between prosecution and national cross-border litigation. 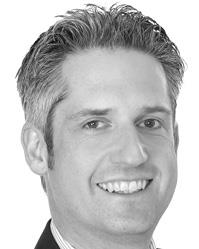 Benedikt (Ben) Neuburger is a partner at Zimmermann & Partner, advising a number of large international entities on their patent portfolio strategy with particular focus on prosecution and oppositions. He holds a diploma in theoretical physics, a PhD in economics and a master’s in business research, and is a qualified German and European patent attorney. He is involved in a large number of opposition and appeal proceedings. One of his particular strengths is his focus on procedural strategy and the legal aspects of cases.