In the United States, courts have developed several legal doctrines that influence the calculation of damages in patent infringement litigation. These doctrines, sometimes created in direct response to allegedly excessive damages claims, attempt to prevent patentees from introducing data or methods that are perceived to inflate the value of the claim, either directly or through a prejudicial effect on the jury.

One of these doctrines – the ‘smallest saleable patent practising unit’ (SSPPU) – restricts the economic base from which the court will calculate a royalty to sales of the smallest unit that embodies the claims of the patent and that is sold in the marketplace. This restriction prevents the patentee from claiming a share of sales of an end product, of which the smaller unit may be a component or other input.

The SSPPU doctrine was developed spontaneously in response to plaintiff Cornell University’s claim of infringement by Hewlett-Packard’s sales of $36 billion of workstations and computer servers (J Putnam and T Williams (2017), “The Smallest Saleable Patent Practising Unit (SSPPU): Theory and Evidence”). Having a well-known interest in patent damages, the trial judge (also chief of the Court of Appeals for the Federal Circuit) had reminded Cornell of the “vast amounts of technology beyond the infringing part of the processors” and had advised the plaintiff “to present well-documented economic evidence closely tied to the scope of the claimed invention”.

Mid-trial, the judge conducted a hearing and rejected Cornell’s damages theory, instructing Cornell to produce a new one. Cornell then reduced the royalty base to $23 billion, but offset that reduction with a higher rate. The judge permitted the trial to proceed, but – evidently displeased – also granted Hewlett-Packard’s post-trial motion to reduce the damages amount, stating that “less intrepid counsel would have wisely abandoned a royalty base claim encompassing a product with significant non-infringing components. The logical and readily available alternative was the smallest saleable infringing unit with close relation to the claimed invention – namely the processor itself” (amended order, Cornell University v Hewlett-Packard Company, 609 F Supp 2d 279 (NDNY, March 30 2009)). Estimating the processors’ value at $6.6 billion, the judge kept the jury’s royalty rate of 0.8% and reduced damages from $184 million to $53 million.

In short, the smallest saleable unit doctrine arose as an alternative offered by neither party, which (according to the court) reflected the correct “economic footprint” of the invention.

The Federal Circuit soon adopted the smallest saleable unit alternative as a required doctrine, holding that “it is generally required that royalties be based not on the entire product, but instead on the ‘smallest salable patent-practicing unit’… We reaffirm that in any case involving multi-component products, patentees may not calculate damages based on sales of the entire product, as opposed to the smallest salable patent-practicing unit, without showing that the demand for the entire product is attributable to the patented feature” (LaserDynamics, Inc v Quanta Computer, Inc, 694 F 3d 51 (Fed Cir 2012)).

The entrenchment of the SSPPU doctrine was swift. Referencing the doctrine repeatedly, the trial court in GPNE v Apple (12-CV-02885-LHK, 2014 WL 1494247, at *10 (ND Cal April 16 2014)) held “as a matter of law that in this case, the baseband processor is the proper smallest salable patent-practicing unit” – not the accused Apple smartphone. The court gave three justifications:

However, the Federal Circuit’s subsequent jurisprudence has cast doubt on the SSPPU as a doctrine. In Ericsson, Inc v D-Link Sys, Inc (773 F 3d 1201 (Fed Cir 2014)) it held that “[when] the accused infringing products have both patented and unpatented features, measuring this value [of the patented features] requires a determination of the value added by such features… The essential requirement is that the ultimate reasonable royalty award must be based on the incremental value that the patented invention adds to the end product”. The court did not require, or even mention, an SSPPU.

The Federal Circuit subsequently rejected the claim that an SSPPU is mandatory, holding that “the rule Cisco advances – which would require all damages models to begin with the smallest salable patent-practicing unit – is untenable. It conflicts with our prior approvals of a methodology that values the asserted patent based on comparable licenses… Therefore, adopting Cisco’s position would necessitate exclusion of comparable license valuations that – at least in some cases – may be the most effective method of estimating the asserted patent’s value” (Commonwealth Sci & Indus Research Org (CSIRO) v Cisco Sys, Inc, 2015-1066 (Fed Cir 2015)).

The CSIRO panel restated the broader Ericsson causality requirement and connected it to apportionment of the end product, holding that “‘[t]he essential requirement’ for reliability under Daubert ‘is that the ultimate reasonable royalty award must be based on the incremental value that the patented invention adds to the end product.’ In short, apportionment”.

Similarly, in a pharmaceutical case (AstraZeneca AB v Apotex, 782 F 3d 1324) the infringer argued that prior precedent compelled the district court to apportion the infringing revenues between the pill’s (unpatented) active ingredient and the patented subcoating surrounding it (the ‘inventive element’). Again, the Federal Circuit disagreed, finding that “Astra’s formulation patents claim three key elements – the drug core, the enteric coating, and the subcoating. The combination of those elements constitutes the complete omeprazole product that is the subject of the claims. Thus, Astra’s patents cover the infringing product as a whole, not a single component of a multi-component product. There is no unpatented or non-infringing feature in the [end] product”. Here, unlike Innovatio and GPNE, claim language to the end product militated against apportionment of product revenues.

It remains to be seen whether and how the distinction between a multi-component product and an infringing product as a whole influences the apportionment requirement. When an infringing product reflects a bill of materials for multiple individual components, parties and courts will be tempted to equate that division of costs with a mandatory apportionment of revenues, and to confine an invention’s economic impact to the cost of the patent-practising input. But economic logic may instead dictate the use of the end product to measure the value of a patented input.

To test the generality of the SSPPU doctrine, I first restated the economist’s standard formulation of profit: P = p f(K, L) – r K – w L, where P is profit, p is the price of the end product, K and L are capital and labour (respectively), a ‘production function’ f transforms K and L into units of output Q, and r and w are the respective prices of capital and labour (the ‘rental rate’ and ‘wage’). As is well known, the profit-maximising condition requires that r = p fK(K, L), where p fK(K, L) is the ‘marginal value product of capital’.

Economists typically conceive of innovation as a productivity improvement resulting from an increase in capital – that is, the incremental value that the patented invention adds to the end product.

In short, it is impossible to properly express the economic effect of an innovation without reference to the end product price and to the quantities of other inputs available for production. Put differently, the economic effect of an increase in one input is not isolated to that input alone, but takes account of the input’s interactions with other inputs and with the output itself.

A sample of standard-essential patents

Confusion over the SSPPU arises in part because it combines two distinct sources of information: patent claims (from which to establish whether a device ‘practises’ a patent) and patent licences (from which to establish the norms of licensing, including the royalty base). Because claims are infringed, but entire patents are licensed, the facts underlying the definition of ‘patent practising’ may be ambiguous, even within the same case.

To illustrate this distinction, Tim Williams and I collected a coherent, licensable group of patents, selected from Ericsson’s patents disclosed as potentially essential to the European Telecommunications Standards Institute. Ericsson has been a major contributor to standardised technology and is an active licensor of its portfolio. We first categorised the patents according to the system to which they pertained:

In short, the language of the patent claims does not support confining the royalty base to a patent-practising baseband processor unit.

A widely cited article (Eric Stasik, “Royalty Rates And Licensing Strategies For Essential Patents on LTE (4G) Telecommunications Standards”, les Nouvelles (Sept 2010), pp114-119) surveyed contributors to the LTE standard, requesting their expected portfolio licence terms. Each respondent which identified a prospective royalty rate expressed that rate as a percentage of the end product price. None – including Qualcomm, the leading manufacturer of baseband processors – did otherwise.

To determine whether these predictions found support in actual contracts, we collected a sample of licences and cross-licences from major contributors to and implementers of wireless technology standards. It is often possible to determine from published terms and descriptions what constitutes a ‘licensed product’ under the licence, from which one can infer the royalty base (even if the rate remains confidential).

Despite its rejection by the Federal Circuit, and its lack of theoretical or empirical support, the SSPPU continues to find support as a mandatory doctrine. For example, in a recent complaint about Qualcomm’s portfolio licensing practices, Apple asserted that “Supreme Court and Federal Circuit precedent… forbids basing a royalty on an entire device unless the patent at issue drives consumer demand for the whole device. Instead, patent holders are required to base royalties, at most, on the smallest salable patent-practicing unit… Here, the smallest salable unit for a cellular [standard-essential patent] license should be no greater than the baseband processor chipset” (Apple Inc v Qualcomm Incorporated, 17-cv-0108-GPC-MDD (SD Cal 2017)). Such a requirement represents an unsupportable restriction on the accurate, fair and non-discriminatory measurement of the incremental value that the patented invention adds to the end product.

However, the causal chain need not always run from the least consequential invention to the most consequential outcome; it is not true, in general, that for want of a nail, the war was lost. The limiting principle is permitting the patentee to recover the damages that it can prove. Technical, licence and other causal linkages may prove (or disprove) the patentee’s assertion. 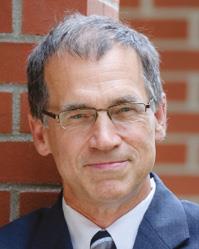 Jon Putnam founded Competition Dynamics as a platform for economic research and testimony at the intersection of intellectual property, antitrust and international trade. An expert in intellectual property, antitrust, technological change and industrial organisation, he holds a PhD in economics from Yale University. His thesis, The Value of International Patent Rights, was the first to measure the world value of patent rights.

Dr Putnam held a professorship in the law and economics of intellectual property at the University of Toronto and other academic appointments at universities in the United States.