Litigation strategy in view of the Unified Patent Court regime

The start of the Unified Patent Court (UPC) will change the landscape for litigating patents in most EU member states. The UPC will provide both plaintiffs and alleged infringers an additional venue for asserting their patents or proactively defending against such assertions. It will have jurisdiction over the new European patents with unitary effect (ie, ‘unitary patents’) and traditional European patents. With respect to the latter, during a transitional period of at least seven years, the established national courts will continue to have jurisdiction to hear patent infringement and nullity actions. This chapter explores certain factors to consider in view of this (potential) upcoming change in the EU litigation landscape.

In 2016 it was envisaged that the preparatory phase of the UPC for recruiting judges and setting up its administration could start at the end of May 2017 and that the UPC itself could start operations in the course of 2017. However, the Brexit vote in June 2016 stopped the UPC in its tracks just before it crossed the finish line. Although in November 2016 the UK government announced that it would move ahead with ratification of the UPC Agreement, the start of the UPC was then further delayed because of the June 2017 general election in the United Kingdom.

Where to litigate once the UPC is operating?

This chapter concentrates on the assertion of European patents, since they will already exist when the UPC starts operations – contrary to unitary patents, which will begin to be granted only after the start of the UPC – and since European patents will offer plaintiffs more flexibility for assertion, as they can be litigated in both the national courts and the UPC (at least during the transitional period). This chapter also explores certain factors to consider when deciding which court system – the UPC or a national court – is best suited for asserting a patent or defending against such an assertion (as the case may be). With respect to asserting patents, these include both ‘soft’ and ‘hard’ factors, and their importance to the decision-making process will depend largely on the patentee’s willingness to take risks and try new measures.

One factor to take into account is that litigating in the UPC – at least in the beginning – will include a number of uncertainties arising from the fact that the UPC will be a completely new court system with a new set of rules, new judges with differing national (and therefore legal) backgrounds and no case law guiding the application of these new rules. Many basic questions which are already settled under existing national laws (but not always in the same manner) will have to be considered and decided anew by the UPC – for instance, those relating to the standards of claim construction and establishing the liabilities and responsibilities of defendants. These operational uncertainties may deter more risk-averse patentees from litigating in the UPC in the beginning, since they will have the option to litigate their European patents in the established national courts. However, the fact that the UPC will have to establish its own case law may open new opportunities to successfully raise arguments that could not be raised successfully in certain national courts.

UPC judgments will also have a larger territorial scope than those issued by the national courts. However, in the beginning the UPC will not necessarily cover the territory of all countries that signed the UPC Agreement, but rather only those countries that also ratified the UPC Agreement. It may well be that when the UPC starts operations, it will cover only 14 (instead of 25) member states. But even in this case, to obtain a comparable territorial scope to enforce an injunction, a patentee would (as currently) have to litigate its patent in 14 national courts in parallel – undoubtedly an expensive and resource-consuming exercise. Whether a patentee actually needs a judgment with such a large territorial scope will depend on the market conditions under which the patentee operates and the goal that it wants to achieve through the litigation. Experience shows that in most instances it is sufficient to enforce a patent in only one or two major markets of the European Union. Litigation campaigns that included more countries are usually only found in the pharmaceutical sector and in some instances in the mobile phone industry.

Patentees should also be aware that starting an infringement action in the UPC will in most cases result in a counter nullity action, which can lead to a centralised revocation of its European patent in all participating UPC member states. By opting out a European patent and litigating it in one or more national courts, a patentee can avoid such a centralised nullity attack against the asserted patent.

Finally, a plaintiff will have to weigh the cost risks of proceedings in the UPC versus proceedings in one or more national courts. In the UPC, for a patent infringement and counter nullity action each having a value of €1 million, the costs that must be reimbursed to the defendant if the patentee loses the case at first instance may reach up to €230,000. In comparable German proceedings (infringement and separate nullity actions), the corresponding cost risk with the same value in dispute would be €95,358. A patentee therefore must weigh the higher cost risk of UPC proceedings when compared to national proceedings against the potential advantage of obtaining a judgment with a broader territorial scope.

Parallel proceedings in both systems

The procedural rules of the UPC – or at least the current draft, which is likely to be adopted once the preparatory phase has started – include elements from common and continental law systems, which will make UPC proceedings unique and new for all users. The proceedings will be ‘front loaded’, meaning that in the complaint and in the following briefs the parties must present their case in detail and include (for example) the evidence on which they will rely. There will be no discovery as known in US proceedings. The parties will therefore have to submit their arguments prior to the oral hearing in written briefs and the oral hearing will in general last only one day for hearing the arguments of the parties. The rules of procedure for the UPC establish a rather ambitious regime of deadlines that – if adhered to – will result in first-instance proceedings that will take around 12 to 15 months until a decision on infringement and validity is rendered, calculated from the date of service of the complaint on the defendant.

During the transitional phase, the UPC will offer an additional venue for patentees to enforce their European patents. However, until the UPC gains experience, some uncertainties will persist on account of it being a new and untested court system. Nevertheless, the UPC will offer patentees certain advantages. Striking the right balance in using the UPC and the established national court will be crucial for successful protection and enforcement of patent assets. 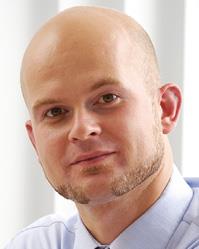 Jasper Meyer zu Riemsloh, LLM (Sydney) is a partner of Wildanger and has been a patent litigator for 10 years. He specialises in patent law and represents clients in infringement and nullity actions in the German courts and in opposition proceedings at the European Patent Office (EPO). He has participated in various cross-border patent infringement proceedings and is involved in numerous enforcement proceedings for standard-essential patents (SEPs) in the telecommunications sector, representing both plaintiffs and defendants. In the course of these proceedings he has helped to shape the evolving German case law on fair, reasonable and non-discriminatory licensing and the assertion of SEPs following the European Court of Justice (ECJ) decision in Huawei v ZTE. 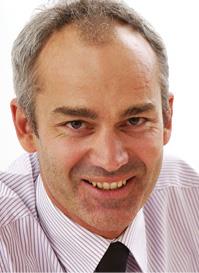 Peter-Michael Weisse, LLM (Tulane) is a partner of Wildanger and an experienced patent litigator. Since 1996, he has handled a remarkable number of patent infringement proceedings. In past years he has led successful campaigns for plaintiffs asserting SEPs. He handled prominent cases which led to some of the first German judgments following Huawei v ZTE. He is recommended in Chambers Europe 2017, Who’s Who Legal 2017, the Legal 500 2017, the IAM Patent 1000 2017 and JUVE German Commercial Law Firms Handbook 2017. 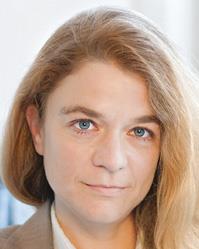 Eva Geschke is a partner of Wildanger and has been a patent litigator for nearly 20 years. She advises clients in technical fields ranging from pharmaceuticals, chemistry and electro-technology to mechanics and represents them in infringement actions before the German civil courts and in revocation actions before the EPO or the Federal Patent Court. In past years she has acted in many cases regarding SEPs which led to some of the first German judgments implementing the ECJ decision in Huawei v ZTE in Germany. She regularly gives lectures covering different aspects of patent law. She is recommended in Who’s Who Legal 2017, Legal 500 2017, IAM Patent 1000 2017 and JUVE 2017, among others.