In a series of decisions beginning in 2010, the US Supreme Court reshaped the law of patentability. The changes left the validity of thousands of issued patents in doubt and created deep and wide uncertainty and confusion about what subject matter is actually patentable. Considerable uncertainty remains and the law is still in flux, but recent decisions of the US Court of Appeals for the Federal Circuit have begun to provide principles governing whether a particular invention is patentable.

The basics of patentability

Any discussion of what can be patented begins with Section 101 of Title 35 of the US Code, which establishes the categories of patentable subject matter. Patents may issue for any new and useful “process, machine, manufacture, or composition of matter”. The courts have described these four statutory categories as follows:

These categories encompass many kinds of invention, although they do not extend to every product of human ingenuity. For example, it has been held that a transitory propagating signal as such may not be patented, precisely because it is not a process, machine, manufacture or composition of matter. Contracts and corporations are unpatentable for the same reason.

But the four categories are merely the beginning of the analysis. Courts have created judicial exceptions to patentability, applicable to inventions that fit within an otherwise patentable category. Specifically, a patent may not be granted on:

The stated goal of these exceptions is to prevent improper tying-up of the building blocks of human ingenuity.

In a series of decisions beginning in 2010, the Supreme Court considered the judicial exceptions and transformed the law of patentability. These cases were as follows:

A result of these decisions was the Mayo-Alice framework for judging patentability, which requires a two-part analysis. Step 1 is the threshold inquiry, asking whether the claimed invention is within the four statutory categories. If not, the invention is unpatentable and the analysis ends.

Step 2 applies if the invention is within one or more of the statutory categories, and it has two sub-parts. Step 2A is the determination of whether the claimed invention falls within the judicial exceptions to patentability; if none of the exceptions applies, the subject matter is patentable. If an exception does apply, Step 2B is the determination of whether the patent claims include an “inventive concept” that is “significantly more” than the exception.

All four decisions were disruptive, but none more so than Alice, which threw into question the validity of thousands of patents that, following common practice, had claimed business methods in terms of a computer system that is programmed to carry them out. It further threatened the patentability of most software-defined inventions, in part because of the nature of software development. In software development, there is often little distance between an idea and its realisation in executable code. Indeed, it is common in the industry for engineers to communicate ideas in the form of working source code.

A corollary, though, is that a developer often needs to know only what a computer is intended to do to be able to write a program to do it. Patents directed to software-implemented inventions commonly describe and claim the invention in terms of the inventive idea and this disclosure suffices to enable persons skilled in the computer arts to practise the idea. However, as a consequence, even patents directed to specific, concrete inventions often describe and claim the invention at a more abstract level than is common in other fields. Thus, Alice left software-implemented inventions particularly vulnerable.

A big part of the problem was that the Supreme Court refused to say what makes an idea unpatentably abstract or to define ‘inventive concept’. This refusal was particularly striking because of the court’s recognition that “[a]t some level, all inventions… embody, use, reflect, rest upon, or apply laws of nature, natural phenomena, or abstract ideas”. If all inventions are at some level abstract, there is a clear need to find the level beyond which an invention is too abstract, but the court did not begin to address this.

The Federal Circuit after Alice

A great deal of uncertainty followed Alice. Some suggested that all inventions expressed solely in software would be unpatentable going forward and many recognised that previous drafting techniques left many existing patents and pending patent applications vulnerable to invalidation, even if they were directed to theoretically patentable subject matter.

The US Court of Appeals for the Federal Circuit is the intermediate appellate court with sole jurisdiction over patent matters. In the aftermath of Alice, the Federal Circuit was expected to be the main source of guidance on what Alice meant. But the Federal Circuit had no more basis to proceed than anyone else and the first opinions in this area show the court’s groping for applicable principles.

An important early case was DDR Holdings, LLC v Hotels.com (773 F3d 1245 Fed Cir 2014). DDR was important because it was the first post-Alice case in which the Federal Circuit sustained claims to a software-implemented invention. The court did not clearly express its decision in terms of the Mayo-Alice framework; that is to say, it was not clear whether:

Later cases went further and held that software-implemented inventions are not per se directed to abstract ideas, which means that Step 2B of the Mayo-Alice analysis is not always needed for software-related inventions.

Since then, several principles have emerged from the Federal Circuit’s decisions:

It is important not to overstate the applicability of these principles. The law is still in flux and the above principles must be considered at least somewhat tentative. Further – and particularly relevant to practitioners – they are still filtering down to the federal trial courts and the US Patent and Trademark Office (USPTO). For example, the USPTO’s official guidance directs patent examiners to resolve questions of subject matter patentability by comparing the claims before them to the specifics of the claims at issue in published Federal Circuit opinions.

However, principles are indeed emerging and they show the beginnings of the path to patentability for software-implemented inventions. 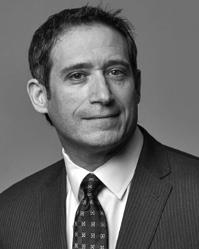 Jon Gordon is a partner in the New York office of Haug Partners LLP. Clients rely on his extensive experience in patent law, with particular expertise in prosecuting patents related to computers, networks, telecommunications, medical information systems and financial applications. Those clients include major, well-known US and foreign corporations and also entrepreneurs and individual inventors. Engineers and developers work directly with Mr Gordon to identify the essence of their inventions and to ensure that the resulting patent application accurately describes and fully protects their work.

Mr Gordon is involved in all aspects of patent practice for both foreign and domestic clients, including patent litigation, patent prosecution, due diligence, client counselling and providing opinions of counsel.