Five years at the PTAB: how post-issuance reviews have changed patent practice

When it was signed into law in 2011, the Leahy-Smith America Invents Act was the largest and most ambitious overhaul of the US patent system since the Patent Act 1952. The America Invents Act established inter partes review as a new vehicle for third-party challenges to the validity of a patent. The drafters of the act hoped that inter partes review would kick-start a long history of listless post-issuance review procedures, improve patent quality and stop patent trolls in their tracks. It turned out to be much more complicated.

Factors behind the establishment of inter partes review

Widespread concerns about patent quality played a crucial role in the establishment of inter partes review. According to the Federal Trade Commission, poor-quality or “questionable” patents are those that are “invalid or contain… claims that are likely overly broad”. Poor-quality patents negatively affect innovation. For example, the uncertainty generated by a weak patent may cause competitors to avoid R&D investment in subject matter covered by the patent claims. The harmful effects of weak patents are even more pronounced in industries that result from incremental innovation, such as computer hardware, where a single product may be covered by thousands of patents.

The US Patent and Trademark Office (USPTO) has historically shouldered much of the blame for low-quality patents. In the years leading to implementation of the America Invents Act, the volume of patent applications received by the USPTO grew to a flood, leaving patent examiners with, on average, eight to 25 hours to evaluate an application from top to bottom. Moreover, while patent applicants owe the USPTO a duty of candour, they are not required to actively search out prior art and the sources of prior art typically available for examiner searches are limited compared to the varied array of art in existence.

The increasing number of low-quality patents gave rise to a troublesome phenomenon – the patent troll. Some companies found themselves saddled with burdensome patent lawsuits initiated by individuals or entities that neither developed nor commercialised patented products, but rather adhered to a business model that involved “hold[ing] patents for the sole purpose of licensing or enforcing them” (Tracie L Bryant, “The America Invents Act: Slaying Trolls, Limiting Joinder”, 25 Harvard J L & Tech 673, 674 (Spring 2012)). The specific origin of the term ‘patent troll’ is unclear, but it has been attributed to two veterans of Intel, Peter Detkin and Anne Gundelfinger, as well as Gundelfinger’s husband, Mike Davis. Patent trolls are also known, somewhat more neutrally, as non-practising entities (NPEs).

NPEs created numerous difficulties for business owners. To exert maximum pressure, NPEs tended to initiate infringement lawsuits against multiple unrelated defendants in a single venue, such as the Eastern District of Texas – a so-called ‘rocket docket’ perceived as favouring plaintiffs. The risk and expense of patent litigation often encouraged defendants to settle, thus shifting “the traditional balance of risk incentives and disincentives” in favour of NPEs (Matthew A Kelly III, “Does the America Invents Act Signal an End to ‘Patent Trolls’?”, 244 Legal Intelligencer 53, 1 (March 19 2012)). This strategy reaped sizeable rewards for NPEs in the form of licensing revenue streams, damages awards or other adverse judgments.

Before implementation of the America Invents Act, a post-issuance administrative alternative to patent litigation existed for companies to challenge a patent’s validity outside the district court – inter partes re-examination. Yet inter partes re-examination suffered from a number of serious limitations that reduced its usefulness. Re-examination under the old regime was widely regarded as glacially slow. While the USPTO conducted re-examination proceedings with special dispatch, it typically took almost five years to reach a final determination. Moreover, the limited nature of the process (which did not offer the opportunity for oral testimony or cross-examination), coupled with stringent estoppel requirements, led to its dramatic under-utilisation.

The road to comprehensive patent reform was long and tortuous. In introducing the America Invents Act, Senator Patrick Leahy emphasised the importance of patent quality: “Patents of low quality and dubious validity… enable patent trolls and constitute a drag on innovation.” With these new post-issuance review proceedings, Congress sought to create “quick and cost effective alternatives to litigation”.

The America Invents Act established several adjudicative procedures for challenging a patent after its issuance:

Each of these procedures offers unique features regarding available bases for invalidity, the timing for petitions and subject matter. In a post-grant review, a petitioner has at its disposal an assortment of tools to invalidate a patent, but the window to file a post-grant review petition is limited to nine months following a patent’s issuance. In inter partes review proceedings, a petitioner has fewer options to demonstrate invalidity (only under Sections 102 and 103, and only by patents and printed publications), but can file a petition for a longer period (nine months from issuance through the entire patent term or even immediately after issuance for pre-America Invents Act patents). Covered business method review petitions, as the name suggests, are limited in subject matter to certain patents claiming financial products or services. Inter partes reviews have accounted for the overwhelming majority of post-issuance challenges since the America Invents Act took effect.

The expedited deadlines for inter partes reviews set by the America Invents Act would ensure a faster resolution of the merits than in the previous inter partes re-examination procedure. After an inter partes review petition is filed, the patent owner may file a preliminary response, which is due three months after the petition has been granted a filing date. The USPTO then determines if the proceedings should advance based on whether the petitioner has established a “reasonable likelihood” of success with respect to at least one claim. The USPTO must make such a determination within three months of receiving the preliminary response. If the USPTO chooses to institute proceedings, the America Invents Act mandates that it provide a final determination no later than one year after the date of institution. The USPTO may extend this period for no more than six months “for good cause”, but only if there has been joinder of another petitioner. All told, inter partes review proceedings may last between 18 months and two years.

The effect of inter partes reviews on the patent landscape

Inter partes reviews have proved immensely popular; petitioners have filed 6,382 since the America Invents Act was enacted in 2012 (see Figure 1). After a period of initial adoption (fiscal years 2012 and 2013), more than 1,000 petitions have been filed each year.

This year has been no exception. Based on preliminary data, the total number of inter partes review petitions in 2017 will likely be the most filed to date.

Inter partes review has also proven incredibly potent. The Patent Trial and Appeal Board (PTAB) has instituted more than twice the number of petitions than it has denied (instituting 69.2% of petitions that it has decided). For petitions that have proceeded to final written decisions, the data is also bleak for patent owners. Of all final written decisions, the PTAB found all instituted claims invalid 65% of the time and some claims invalid 17% of the time. In other words, the PTAB found at least one claim invalid 82% of the time. The potency of this procedure is likely based on the lower burden of proof (ie, preponderance of evidence) and the permissive claim construction standard (ie, broadest reasonable interpretation).

The availability of inter partes review does not appear to have curbed the assertion of patents in district court by NPEs. Data from the Unified Patents’ 2016 Annual Report demonstrates that NPE-related litigation still accounts for a substantial percentage of all patent litigation (2014 to 2016). That being said, Unified Patents’ data also indicates that a substantial percentage of all inter partes reviews are waged against NPE-owned patents. Thus, it is clear that inter partes reviews are an important vehicle for challenging NPEs, but they alone are unlikely to solve the problem. Ultimately, other factors might have a more direct impact. For example, the Supreme Court recently dealt a blow to NPEs in TC Heartland LLC v Kraft Foods Grp Brands LLC by placing more rigid limitations on the venues in which patent lawsuits can be filed, potentially thwarting NPEs’ well-trodden strategy of suing a plethora of defendants in ‘rocket docket’ jurisdictions such as the Eastern District of Texas.

Adding to the uncertainty, the Supreme Court recently granted certiorari in Oil States Energy Servs, LLC v Greene’s Energy Grp, LLC to determine whether inter partes review and other post-issuance review proceedings are constitutional. The petitioner in Oil States argues that inter partes reviews extinguish constitutionally protected private property rights “through a non-Article III forum without a jury”. If the petitioner is successful, all of the post-grant proceedings created by the America Invents Act could be eliminated. It goes without saying that the entire patent community watches the proceedings of this case with interest.

For all of these reasons, inter partes reviews have introduced real uncertainty into patent portfolio management. Consequently, it behoves patent owners to evaluate the strength of a patent portfolio based on potential challenges not only in district court, but also at the PTAB. The same analysis is necessary in due diligence – any potentially acquired portfolio should be understood in terms of vulnerability to inter partes review proceedings as well as district court litigation. And because inter partes review is an expedited procedure, the compressed timeframes do not admit for error. The earlier a defence strategy is hashed out before a petition is filed, the better.

There can be no doubt that the inter partes review procedure laid out in the America Invents Act resulted in a robust practice of challenging patents after issuance. It seems equally clear that inter partes reviews have proven to be a useful – albeit not overwhelmingly effective – tool in discouraging patent trolls. Thus, on some level, the America Invents Act must have met the expectations of its drafters. Ironically, the act sought to promote innovation by reducing the uncertainty of innovators facing questionable patents. Both the act and inter partes reviews have given rise to a different type of uncertainty. For patent owners, once-settled expectations that an issued patent was presumed valid have given way to the prospect of additional challenges – brought by competitors and non-competitors alike – in a limited administrative proceeding with a lower burden of proof to show invalidity. Thus, it is unclear whether inter partes review has advanced its more fundamental purpose – that is, to encourage innovation. 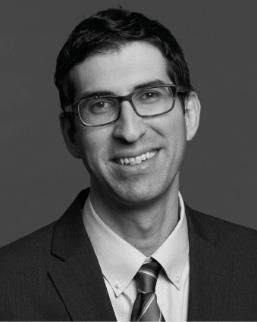 Andrew Wasson is a partner in the New York office of Haug Partners. He has a broad range of experience in both the brand and generic sides of pharmaceuticals, especially regarding IP and regulatory law issues. Having grown up with a patent lawyer father, he has been involved in patents in one way or another for the better part of his life and has the advantage of being able to deal with complex patent law concepts in a very natural way. He is registered to practise before the US Patent and Trademark Office and has published extensively in both scientific and legal literature. He also serves on the editorial advisory board for the Food and Drug Law Institute’s Update magazine.