This chapter addresses the most important topics from a practical perspective. It first touches on the legislative framework, followed by four crucial points of the amended legislation:

One of the most important changes to the directive is that trademarks no longer need to be graphically representable in order to be registered. The idea behind this change is that a sign should be able to be represented with generally available representation methods, rather than necessarily in a graphical way, making this part of trademark law more futureproof. Although this requirement changes little for the most common trademarks such as word marks and logos, it opens the door to non-traditional trademarks such as sound marks, scent marks and movement marks. While the requirement of graphical representation has been dropped, trademarks must be represented in the trademark register in a way – to cite the directive – “which is clear, precise, self-contained, easily accessible, intelligible, durable and objective”. This creates an interesting task for the national and EU trademark registries, as they may be required to allow their register to represent trademarks other than words and images. The technical challenges for national trademark authorities may be limited for sounds and movements, which can be captured in several commonly used file types (eg, MP3, MP4, GIF). However, it will be difficult to represent scent marks (among other things) at this stage, as there is yet no technological way to make scent marks available to the authority and the public in an acceptable manner.

Nature of the goods

When taking into account the first refusal ground, one could be faced with refusals of logos depicting an image of the product for which the application is intended. For example, a logo depicting a football in relation to footballs may be denied registration, as the shape of the logo results from the nature of the goods. A brief survey of the EU trademark register shows that more than 159 trademarks depict a football and are registered for footballs. Considering the case law of the European Court of Justice (ECJ) in this regard, displaying a football alone does not necessarily mean that the trademark as a whole is invalid. Only trademarks which consist exclusively of the shape of a product with one or more essential characteristics which are inherent to the generic function should be subject to refusal (C-205/13). Thus, including a football in a trademark bearing other distinctive elements would still be acceptable. Nevertheless, an application for a football alone may well be refused under the new directive.

At first glance, the practical consequences of these additional refusal grounds for trademark applications may be limited. The EUIPO already refuses device mark applications which are a common depiction of the goods for which the application is intended, based mainly on the lack of distinctiveness. However, an important difference between this refusal ground and refusal based on the nature of the goods is that the latter cannot be overcome by proving that the mark has acquired distinctiveness through use.

Under the new directive, all trademarks consisting exclusively of a shape which is necessary to obtain a technical result will be refused. When taking into account the relevant ECJ case law (eg, C-299/99 and C-48/09P), this concerns signs in which all of the essential characteristics of a shape perform a technical function. It is irrelevant if the sign also bears non-essential characteristics that do not have a technical function. Thus, for example, a trademark application for an image of a corkscrew which has no additional distinctive elements and which is intended for use on corkscrews may be refused based on this ground. The same goes for the sound of a popping cork in relation to sparkling wines, or a movement mark for opening a wine bottle.

Value of the goods

A sign will be refused registration where it consists exclusively of a shape or other characteristic that gives substantial value to the product. This means that where the shape of a sign makes consumers want to buy the product because of its aesthetic attractiveness, the sign will not qualify for trademark protection. The rationale behind this particular refusal ground is to prevent overlap between trademark and design protection. Applying this refusal ground for all trademark applications (instead of merely to 3D mark applications) may have far-reaching consequences. Although its scope is yet to be determined by ECJ case law (at least pending the ECJ’s decision in Louboutin v Van Haren, Case C-163/16), by the letter of the law and existing case law, this refusal ground could in theory prevent registration of all trademarks for goods which consumers buy because of the relevant trademark’s attractive appearance. In particular, logos may often be regarded as a valuable aesthetic aspect of a product (eg, on clothing). Thus, it cannot be denied that logos may give substantial value to the goods. For this reason, logos may be refused registration or subsequently invalidated. However, this consequence may be too far-reaching.

The ECJ has been requested to elaborate on these refusal grounds on several occasions in the context of 3D marks. However, it remains uncertain whether and to what extent these judgements would apply to all trademark variations.

Specification of goods and services

Another important novelty in the new directive is that it requires all national trademark authorities to provide for an administrative cancellation proceeding based on the descriptiveness, lack of distinctive character or lack of genuine use of a trademark, or a conflict with another party, in the sense of either confusing similarity or a registration made in bad faith.

The organisational burden on the national trademark authorities is considerable. For this reason, the national authorities have been given seven years to implement this part of the directive.

Reviewing some of the most important practical consequences of the EU trademark reform package, it opens the way – in theory – to the registration of non-traditional trademarks such as scent and movement marks. However, as all trademarks are now subject to a wider range of refusal grounds, the scope of what will be accepted as a trademark has actually been reduced, as the refusal grounds which previously applied only to 3D marks now apply to all trademarks. New case law regarding the extent of these refusal grounds for non-3D marks can be expected, as these refusal grounds can also be invoked in cancellation actions against existing trademarks. The introduction of cancellation actions before the national trademark authorities may thus increase the number of decisions. Hopefully, this will swiftly generate case law which answers the questions arising from the trademark reform package. 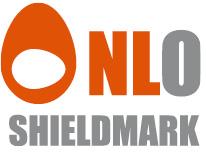 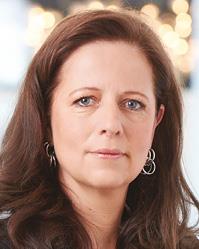 Marlous Stal-Hilders is engaged in the management of NLO and NLO Shieldmark. She also manages the trademark and design portfolios of several multinationals and large national and international companies in various sectors. She specialises in consultancy relating to portfolio management and strategy. She advises and mediates in cases involving infringement of IP rights and conducts opposition procedures and rejection cases. She also negotiates and draws up relevant agreements, including coexistence agreements and transfer deeds. She is a member of, among other things, the International Trademark Association, the Licensing Executives Society, MARQUES and the European Communities Trademark Association. 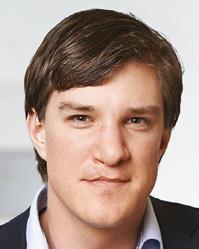 Bart ten Doeschate specialises in trademark rights, design rights, copyright and licences. He works for numerous national and international companies. His work includes all IP aspects, studying the availability of trademarks and advising parties on registering trademarks and designs. He is also responsible for preparing different agreements in the event of infringement, cooperation and refusals.