As China’s economic development accelerates, technical innovation has been at the forefront and the patent protection system is constantly improving. In recent years, the design patent has attracted increasing attention and the profits made from design innovation are growing substantially. As imitating a design usually does not require a high degree of technical skill, designs with a high market value are susceptible to infringement.

A recent design patent infringement dispute over a beauty product has attracted significant attention both in China and abroad. At first instance, the Beijing IP Court accepted the plaintiff’s Rmb3.2 million compensation claim – the highest compensation issued in a design case before the Beijing courts. The Beijing Higher People’s Court supported the first instance judgment at second instance and listed the case among the Top 10 Typical Cases of IP Protection Issued by the Courts of Beijing in 2016, the Supreme People’s Court subsequently listed it among the Top 10 IP Cases Issued by Chinese Courts in 2016. Using the case as an example, this chapter outlines the principles surrounding the determination of infringement and the burden of proof for compensation in patent infringement practice in China.

As one of the first Japanese enterprises to enter the Chinese market, Panasonic has enjoyed high popularity in China. In recent years, its facial vaporisers have become particularly popular beauty appliances. On June 1 2011 Panasonic filed a design patent application with the State IP Office for one of its facial vaporiser products and the patent was granted on September 5 2012.

Kingdom is a manufacturer of beauty apparatuses in China. Since 2013 it had been producing, selling and advertising facial vaporisers KD2331 (without a handle and with a handle) and KD2331T (without a handle), which allegedly imitated Panasonic’s patented product. Panasonic accordingly lodged a complaint and warned Kingdom to stop infringement, but Kingdom ignored this warning. Panasonic then filed a design patent infringement suit with the Beijing IP Court against Kingdom and e-commerce company Li Kang, which sold the accused products. Panasonic requested a court order to cease the infringement and claimed compensation of Rmb3 million from Kingdom and joint compensation of reasonable expenses of Rmb200,000 from both Kingdom and Li Kang.

The Beijing IP Court accepted the case in February 2015 and issued a civil judgment in November 2015 ((2015) Beijing IP Civil First 266), ruling that Kingdom’s products KD2331 and KD2331T were similar to Panasonic’s product and fell within the protection scope of Panasonic’s patent. The court ordered the defendants to stop infringement, ordered Kingdom to pay Rmb3 million in compensation and held Kingdom and Li Kang jointly and severally liable for reasonable expenses of Rmb200,000.

Kingdom and Li Kang appealed the first-instance judgment. In December 2016 the Beijing Higher People’s Court confirmed that the allegedly infringing products fell within the protection scope of the concerned patent and upheld the compensation sum set by the first-instance court ((2016) Beijing Civil Final 245).

An important reason for the case’s inclusion in the list of the top 10 cases of the year was the court’s full acceptance of Panasonic’s Rmb3.2 million total claim for compensation. In Chinese court practice, compensation in design patent infringement cases generally does not exceed six figures, while the statutory maximum compensation under the Patent Law is Rmb1 million. As such, the case is undoubtedly of monumental significance and demonstrates the value of design patents.

Proof of damage caused by infringement

Article 65 of the Patent Law states:

Wherein it is difficult to determine the losses suffered by the right holder, the profits the infringer has earned and the exploitation fee of that patent under a contractual licence, the people’s courts may award the damages of not less than RMB10,000 Yuan and not more than RMB1,000,000 Yuan in light of such factors as the type of the patent right, the nature and the circumstances of the infringing act.”

Generally speaking, the value of and profits derived from the patent right, as well as the specific amount of actual losses caused by infringement of the patent, are difficult to calculate. Infringers and third parties usually will not voluntarily provide evidence in this regard, and rights holders are often unable to collect sufficient evidence themselves, so it is generally difficult to determine the actual losses suffered by the rights holder or the profits made by the infringer out of the infringement. Thus, when determining the amount of compensation, the people’s courts normally will not set an amount above six figures.

In the present case, Panasonic calculated the profits made from the infringement based on the sales records of the allegedly infringing products on e-commerce platforms such as Taobao, Alibaba and JD.com. The sales volume of the accused products on Taobao for one month reached a high of 140,918 sets, while the sales volume of the accused products on Alibaba for three months reached 18,411,347 sets. Based on the price of Rmb260 per accused product and a conjectural profit of only Rmb5 per product, the total profit made from the infringement would exceed Rmb10 million. Although Panasonic did not submit specific financial data to prove the profits derived from the accused product, this evidence nonetheless proved that Kingdom had gained substantial profits far exceeding the Rmb3 million in compensation requested by Panasonic.

Because the authenticity of network information is difficult to determine, there are few successful cases of determining compensation for infringement based on the network statistics of e-commerce platforms. In the present case, the courts ruled in favour of Panasonic’s claim mainly because it sufficiently proved the reasonableness of the claim.

First, as the network statistics were not completely reliable, the compensation requested was less than the full calculated amount. During the court hearing, Panasonic noted that the network sales data could be collected repeatedly. For example, a product could be resold on Taobao (a retail platform) after first being sold on Alibaba (a wholesale platform). Therefore, Panasonic put forward several methods for calculating the profits gained from the infringement, including a calculation based only on the data of either Taobao or Alibaba. No matter which method was employed, the calculated profits gained from the infringement always exceeded Rmb3 million.

Second, Panasonic submitted evidence of (among other things) Kingdom’s significant influence on online sales in China as further proof that Kingdom had gained substantial profits from the infringing product. On November 11 of each year – a major sales promotion event held by Chinese e-commerce sites – one shop can sell tens of thousands of top products. The infringing product in the present case was one of Kingdom’s top-selling flagship products and had long featured on the home page of its website. Kingdom had enlisted several celebrities (eg, Yuxin Zhang and Mi Yang) to endorse its products – primarily the allegedly infringing products – and had even launched products bearing these celebrities’ signatures. Had these products not amassed large profits, Kingdom would have been financially unable to secure these celebrity endorsements over consecutive years. Although these reasons were not mentioned in the judgment, they apparently made a significant impact on the court’s evaluation of the evidence and influenced its finding that the compensation requested was reasonable.

In contrast, Kingdom failed to provide evidence of its actual profits, and contended that most of the accused products sold on the e-commerce platforms were counterfeit and that the sales volume shown on the network was a result of ‘click farming’, but provided no evidence of this. The court accordingly rejected these allegations, finding them unreasonable and not supported by evidence.

In the present case, Panasonic claimed compensation of Rmb3 million based on the profits made from the infringement and Rmb200,000 for reasonable expenses. Although the total amount on the receipts submitted at first instance – including the notarisation fee, translation fee and attorneys’ fees – was less than Rmb200,000, Panasonic noted that not all expenses can be evidenced by a receipt. The first-instance court made a calculation within a reasonable range and accepted Panasonic’s claim for reasonable expenses.

The second-instance court held that, since Panasonic could not provide receipts for the amount of Rmb200,000, the first-instance court’s acceptance of Panasonic’s compensation claim was not well grounded. However, the infringing acts did not stop during the litigation and Panasonic supplementally submitted receipts for investigation and evidence collection expenses at second instance; these supplemental expenses were higher than the amount not covered by the evidence submitted at first instance. To seek a substantive solution to the dispute, the second-instance court upheld the first-instance judgment. 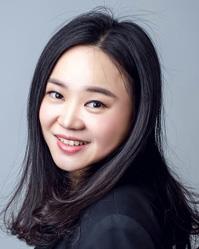 Sai Chen has significant experience in IP infringement litigation, administrative proceedings, anti-counterfeiting, copyright protection, IP licensing and technology transfer. She has represented clients from medium-sized companies to Fortune 500s. She helped Bridgestone Corporation to win a favourable decision enforcing its design patent in the Supreme People’s Court at retrial, this case was listed among the Top 50 Typical IP Cases by Chinese Courts in 2011. She also represented a major consumer electronics company as the plaintiff in an infringement lawsuit, where it was awarded Rmb3.2 million in compensation; the case was listed among the Supreme People’s Court’s Top 10 IP Cases by Chinese Courts in 2016.