This chapter explores how the law and jurisprudence pertaining to divisional applications in India have evolved and whether existing interpretations do justice to statutory provisions.

To provide sufficient background, a study of the evolution of the law in relation to divisional applications in India over the past century is helpful. Interestingly, the Patents and Designs Act 1911 contained no provision to facilitate the filing of divisional applications. Section 5(1)(b) of the 1911 act empowered a controller to refuse a patent application in toto or call on the applicant to delete the distinct inventions if a patent application comprised multiple inventions. There was no mechanism in the 1911 act for filing a further application to protect the scope of an invention disclosed in the specification, but not claimed in the first application.

This inadequacy was rectified by the promulgation of the Patents and Designs (Amendment) Act 1930, which enshrined the principle of Article 4G(1) of the Paris Convention by introducing divisional patent applications into the Indian patent framework. Amended Section 5(1)(f) of the 1911 act stipulated that “when a specification comprises more than one invention, the application shall, if the Controller or the applicant so requires, be restricted to one invention and the other inventions may be made the subject-matter of fresh applications; and any such fresh application shall be proceeded with as a substantive application”. However, the category of voluntary divisional applications envisaged under Article 4G(2) of the Paris Convention was still conspicuous by its absence.

In 1957 the government appointed a committee headed by Justice N Rajagopala Ayyengar to review the patent laws and suggest any changes that may be required. The committee submitted its report in 1959 and suggested several amendments to the law, including amendments to the provisions on divisional applications. The report took the view that “the applicant would naturally be desirous of covering his invention which is disclosed in the specification already filed but which is excluded from the earlier complete specification, by filing a further application”. Due to administrative and political hindrances, the committee’s recommendations saw the light of day only much later, when in 1970 a revamped patent statute came into force as the Patents Act 1970.

The provision pertaining to divisional applications was significantly revised in the 1970 act. Under Section 5(1)(f) of the 1930 amendment act, the phrase “the applicant so requires” was qualified by the precondition that a divisional application can be filed “when a specification comprises more than one invention”. On the contrary, in the 1970 act the phrase “if he so desires” was not qualified with the expression “the claims of the complete specification relate to more than one invention”. On contra-distinguishing the 1970 amendment from the earlier act, it is evident that it provided leeway for filing a voluntary divisional application as expounded in Article 4G(2) of the Paris Convention, which was not available under the 1911 act.

16. Power of Controller to make orders respecting division of application

(1) A person who has made an application for a patent under this Act may, at any time before the grant of the patent, if he so desires, or with a view to remedy the objection raised by the Controller on the ground that the claims of the complete specification relate to more than one invention, file a further application in respect of an invention disclosed in the provision or complete specification already filed in respect of the first mentioned application.

Prevailing jurisprudence on this important issue has largely been steered by the 2011 decision of the IP Appellate Board (IPAB) in LG Electronics Inc v Controller of Patents & Designs (OA/6/2010/PT/KOL). This decision radically changed divisional application practice in India by holding that the existence of a plurality of distinct inventions is a sine qua non for grant of divisional status. The IPAB held that while a patent applicant may file a divisional application of its own volition, the controller is mandated by law to ascertain that the divisional application is filed on account of a plurality of distinct inventions in the parent application. In other words, the “or” in Section 16(1) after the expression “if he so desires” is used conjunctively, not disjunctively.

The facts of LG were such that a divisional application was filed with the same set of claims as that of the parent application and the parent application was ultimately abandoned. Further, the claims did not disclose a plurality of inventions. The IPAB thus refused the validity of the divisional application and reasoned that the intention of the legislature could not have been to allow an applicant to extend the time limit for prosecuting a patent by abandoning an application and filing a divisional application for the same claim scope. Most importantly – and perhaps unwittingly so – the IPAB read Section 16 with Section 10(5) of the Indian patent statute (dealing with contents of a patent specification), which stipulates that “claims or claims of a complete specification shall relate to a single invention or to a group of inventions linked so as to form a single inventive concept”. This led to the present restriction of the existence of a plurality of distinct inventions being a sine qua non for grant of valid divisional status.

The IPAB’s interpretation of Section 16(1) in LG did not take into account the various changes in the law with respect to this issue – from the 1911 act (as amended in 1930) to the language of the 1970 act (as amended in 2005) and pertinent developments such as the 1959 Ayyengar Committee Report, the 1966 Joint Parliamentary Committee Report and parliamentary debates which took place before the passage of the Patents Bill in 1970.

The language of Section 10(5), when read in the context of the divisional provision, essentially embodies Rule 13.1 of the Patent Cooperation Treaty Regulations. However, it is noteworthy that laws in other jurisdictions (including the United Kingdom and Australia, whose patent statutes were greatly relied on by the Ayyengar Committee) do not restrictively read the requirement of a plurality of distinct inventions as a prerequisite for filing a valid divisional application. Voluntary divisional applications in these jurisdictions are considered valid, as long as the subject matter is disclosed in the parent application. The IPAB’s interpretation therefore appears to be an overreach, which was not the intention of the legislature.

In deciphering why this legal conundrum occurred, it can be seen that the premise of LG was not the best one for laying down divisional jurisprudence, as there was no plurality of inventions in the application and the divisional application was in essence a mere refiling of the parent application, which led to the IPAB’s sweeping and unbridled judgment. Unfortunately, the reasoning of LG has been reaffirmed by the IPAB in subsequent matters – in particular, Bayer Animal Health GmbH v Union of India (OA/18/2009/PT/DEL) and Syngenta Participations AG v Union of India (OA/17/2009/PT/DEL), where again the facts were unfavourable for the applicants to challenge the earlier reasoning, as these cases also dealt with parent applications that were not pursued. In the IPAB’s defence, it may be said that the median approach mentioned above could not have been taken practically, as there was no plurality of inventions in these applications. Therefore, both a wrong premise and a lack of a fertile premise thus far seem to be why the jurisprudence is at its current position. Unsurprisingly, the Indian Patent Office has embraced the reasoning of LG to the letter and in spirit due to the present circumstances.

It is hoped that Milliken is an indication of a more liberal interpretation of Section 16 in future. At present, there is a clear dichotomy between the letter and spirit of the statute pertaining to divisional applications and the jurisprudence laid down by the Indian Patent Office and the IPAB. While the decisions of the Indian Patent Office and the IPAB clearly specify their intent behind the restrictive interpretation of Section 16(1), the deeper question is whether the current interpretation is correct, keeping in mind the intent of the legislature as reflected in successive, progressive amendments to Indian patent law.

In an interesting parallel, in a series of recent judgments the Delhi High Court read down another statutory provision that has long been a thorn in the side of patent applicants – the duty of disclosure (of details of all corresponding patent applications filed abroad) under Section 8 of the Patents Act, which until recently was interpreted strictly by the IPAB. It is hoped that the day will come soon when a fitting case involving divisional applications will reach the high courts, allowing jurisprudence on the subject to be revisited and statutory provisions to be interpreted in a manner suited to the true intent behind their promulgation. 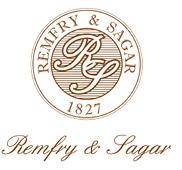 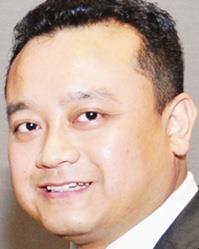 Shukadev Khuraijam is a partner at Remfry & Sagar. Beginning his career at the firm in 2004, Mr Khuraijam has wide experience in all facets of patent practice, whether advisory, contentious or prosecution matters. His particular areas of focus are pharmaceutical and chemical patents. He appears regularly before various forums, including the Indian Patent Office, the IP Appellate Board and the civil courts; several prominent patent disputes he has been involved in have been instrumental in shaping patent jurisprudence in the country. With his nuanced understanding of patent issues, he is a frequent commentator on the Indian patent environment. He has written several articles for renowned publications and is often invited to speak at IP conferences. 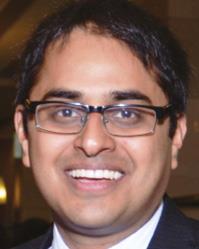 Debashish Banerjee is a managing associate at the firm. He holds bachelor’s degrees in chemistry and law, as well as a postgraduate diploma in business management. Having spent more than a decade at the Bar, he has in-depth knowledge of patent law and practice and extensive experience in both patent prosecution and litigation. He has handled several high-profile litigations before various forums, including the high courts and the IP Appellate Board. He has also authored several articles on patent law and practice.