Intellectual property is vital to the health and growth of a complex market economy. Studies have estimated that intangible assets comprise approximately 80% of the value of the stocks represented by the Standard & Poor’s 500 index as measured by market capitalisation. R&D, investment and growth in the productivity of the labour force are all directly or indirectly linked to innovation and the commercialisation of intellectual property. The choices facing inventors and companies in terms of how to protect their intellectual property are complex, typically requiring analysis of legal, economic and strategic issues.

This chapter highlights some of the economic variables to be considered when choosing between patenting an invention (and protecting it under the laws and regulations of the patent system) or protecting the invention by keeping it secret and making use of the relevant trade secret laws.

An inventor or company can choose to disclose an invention so that the world can benefit from it and the knowledge that went into its creation, and in return receive a patent. A patent right grants the holder the ability to exclude others from using the patent without permission for a limited period (ie, 20 years from filing of the patent). Alternatively, the same invention can be kept secret. In this case the knowledge is not shared and the idea is protected as long as it is kept secret – potentially forever. However, if another party separately discovers the same invention, the initial inventor has no recourse.

Those weighing whether to patent an invention or protect it as a trade secret will be steered by the asymmetry of costs, rights and remedies, as well as the perception of which is more beneficial to the inventor or company, as discussed below.

Patents have finite lives – 20 years from the date of the first filing. The lifespan of a trade secret is determined by how long it is kept secret and whether another party discovers the invention in a legal manner (ie, separately and not by stealing it). Further, the choice may be significantly influenced by the cost and uncertainty regarding the period between filing of a patent application and grant (or rejection). For example, forgoing patent protection may make sense in an industry where innovation is rapid, as the time from filing to grant may be longer than the economic lifespan of the invention and the disclosures required to obtain the patent may provide competitive information to the market. Further complicating the issue is the fact that a company seeking patent protection may be required to file and pay fees in multiple jurisdictions. These upfront costs, coupled with the uncertainty regarding the effective economic life of the invention, make this decision complex.

Ability to license and monetise

A patent owner can license its invention exclusively or to a number of potential licensees in a manner that a trade secret owner cannot. Trade secrets can be shared through the use of non-disclosure agreements and joint development agreements, but cannot typically be the basis for a stream of licensing revenues. Inventors and companies that are not going to make or sell a product covering the invention usually seek patent protection and monetise the intellectual property through a licensing programme. Monetising a trade secret through a non-disclosure agreement is also an option, but is typically more restricted, since dissemination can cause the secret to lose its value.

Patents are often used as a barrier to entry into a market. A patent owner may signal to the market that it has a technology and desires to maintain exclusive control over it – for example, through enforcement actions. Marketing and advertising can also demonstrate the superiority of a company’s technology and act as a signal to customers and competitors. As with licensing, once a company has chosen to protect its invention as a trade secret, it is extremely limited in its ability to signal to the market that the secret is a barrier to entry. Marketing and advertising the importance of a trade secret will be limited, since disclosure of the nature of the secret may put it into the public domain and end its economic value.

Lifecycle of the company

The age and maturity of a company may have a significant impact on its decisions regarding protection of intangible assets. To a start-up, patents may represent significant expenditure of resources and funds, causing management to forgo a patenting strategy or adopt a limited patenting programme. Conversely, since start-ups are typically cash and capital poor, they may need to patent in order to signal to the market that they have a valuable business plan and competitive edge, thereby attracting capital, as well as to create collateral for borrowing. Start-ups may wish initially to keep their technology protected by a trade secret and only later follow a patenting programme to protect technologies and products that have already been established. Similarly, mature companies and companies in mature industries may focus on patent protection to maintain market share against competitors that perceive advantages to growth through trade secrets.

The owner of a trade secret can protect the secret from any party that steals it or uses it in a manner that violates a non-disclosure agreement. The owner of a patent has much greater flexibility to enforce its rights and protect the exclusivity of the technology. Further, a patent holder can monetise a patent through licensing as well as litigation. However, asserting a patent exposes it to challenges, including potential loss of the patent right.

The Patent Trial and Appeal Board has reduced the cost of challenging a patent, thus increasing the number of patent challenges and the likelihood of patents being voided. Recent US Supreme Court cases, especially Alice Corporation Pty Ltd v CLS Bank International, have increased the uncertainty in patenting certain subject matter, such as software.

These recent changes have served to weaken the rights of patent holders. This change is reflected in recent decreases in US patent filings and in the observed transaction prices of publicised patent portfolio sales. This is likely to make trade secrets more attractive to inventors and companies.

Rapid technological change, often in software-dependent industries or technologies, coupled with the abovementioned weakening in patent protection, has made inventors and companies more likely to choose trade secret protection. Increased uncertainty regarding patentability, coupled with the higher initial cost of patenting a technology (compared to protecting it as a trade secret), has shifted the economic balance in recent years. In industries with rapid innovation and changes in technology, the protection offered by patents will be affected more than in industries with a slower rate of technological change. Other industry factors can also have an influence: for example, the life sciences industry typically relies on patents while the software industry does not. R&D costs, lead times and the ability to reverse engineer in life sciences help to explain these trends.

The decision is further complicated in industries where there is both rapid technological change and reverse engineering of technology, since these two variables are in tension. In these instances, more information is typically needed. For example, if the cost and time required to reverse engineer are great, the rapid technological changes in the industry could still tip the balance in favour of trade secret protection.

Order of entry into the market

Economic factors that further complicate these decisions include the relative size of competitors and the order of entry into the market. These factors alone may not clearly indicate the most appropriate form of protection, but they can have important consequences once a specific form of protection has been chosen. For example, a late entrant which believes that its technology offers incremental benefits may wish to use it as a barrier to entry in order to recover from a late start and gain market share. In that case, patenting accompanied by signalling to the market that it will vigorously enforce its rights may be the best path to follow.

The remedies available where another party infringes a patent or steals a trade secret are also an important consideration. Here too there are differences in quantifying economic damages that should be considered when choosing the form of protection to seek.

Simply put, a patent holder can sue an infringer and – assuming that a valid enforceable patent was infringed – recover either a royalty for past infringement or the profits that it lost due to the infringement. After the trial, the patent holder may be able to obtain an injunction so that the infringer cannot continue to make and sell the infringing product, or obtain ongoing royalties from the patented technology. The owner of a trade secret can sue a party that steals its trade secret and recover the profits that it lost or the unjust gain that the infringer enjoyed. Unlike patent damages, these damages are not limited to the past. Damages can also be calculated as a royalty, but with fewer restrictions regarding how it is calculated than in patent infringements. The owner of a trade secret can also obtain injunctive relief.

The asymmetry in the calculation of damages is particularly striking when the owner of the patent or trade secret is small and the defendant is large. Lost profits may be unavailable to a small patent holder and damages may be limited to a royalty that is much lower than the actual profits enjoyed by the infringer of the patented technology. In a trade secret dispute with the same facts, the owner of the trade secret can choose to calculate economic harm and unfair benefits gained from unlawful use of the trade secret. This can include the present value of future benefits and can equal the profits of the large company. In other words, the choice of protection can have a significant impact on the economic recovery, assuming infringement or theft of trade secrets.

This chapter has focused on the important economic factors that help to determine whether to protect intellectual property through patents or trade secrets. Certain factors examined in isolation (eg, the desire to license) can provide a clear indication of which path to choose. Other factors (eg, the size of the company in the market and the order of entry) indicate no clear path when examined in isolation.

However, this chapter has not addressed legal and strategic issues, including the use of other forms of protection such as copyright. Similarly, the strategic interplay between the law and economic variables has only been referenced tangentially. Hence, given that deciding how to protect intellectual property requires an understanding and analysis of multiple factors, and that any decision will affect a company for years, a fact-intensive analysis incorporating legal, economic, technological and strategic issues should be considered. Even for start-ups (which are typically resource constrained and may not have all the required personnel in-house), a detailed analysis of how to protect the company’s intellectual property – often regarded as its crown jewels – is vital and can affect its ultimate viability. 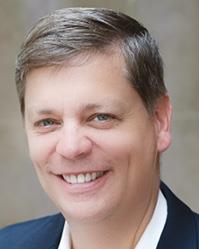 Stephen Scherf is the founding principal of Asterion. He is a certified public accountant with a BBA in accounting from Temple University and an MS in finance and an advanced professional certificate in taxation from Drexel University. Mr Scherf provides consulting and expert witness services in forensic, valuation and IP matters, as well as a wide array of accounting matters – including acting as a trustee and plan administrator in bankruptcy matters. 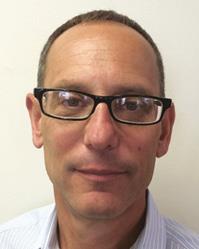 Richard Gering is a principal at Asterion. He has a BComm in economics (with honours in economics) from the University of KwaZulu-Natal in South Africa and an MA in economics from the University of Maryland, where he was a PhD candidate and completed all requirements except for his dissertation. He is a Certified Licensing Professional. Mr Gering provides consulting and expert witness services with an emphasis on economic analysis and damages in complex commercial disputes covering all forms of intellectual property.