Software is a field of technology that is closely akin to mechanical engineering, mining, chemistry and pharmacy, as there are few differences between these fields in terms of patenting. However, in past years there has been much ado about nothing regarding the alleged differences inherent in software patents. Patents are granted for any invention that is new, involves an inventive step and is susceptible to industrial application (the latter is never an issue) – this is the language of the law and is clear. ‘New’ means that the invention must have previously been unknown. ‘Inventive step’ is a measure of the difference between what is already known (the current state of the art) and the invention. Technical experts often underestimate the possibility of patent protection, believing that patents are granted only for truly pioneering inventions that could lead to a Nobel Prize; but in reality, looking at the possible advantages that the invention could provide in the marketplace is much more beneficial when deciding to apply for a patent.

Computer programs are not regarded as inventions as such – again, the language of the law is clear in this regard. Program codes are ineligible for patent protection. This exemption has been included in the patent law in order to distinguish between patent protection on one hand and copyright protection on the other.

These are the basics of software patenting on an innovation management level. However, this chapter covers some of the more in-depth philosophical and legal considerations, and background, of software patents.

What constitutes ‘technology’? Although the term is not defined in the law, most people have a general idea of the answer to this question. However, in Germany, precise answers are given by the experienced patent judges of the X Senate of the Federal Supreme Court, which is the final-instance court for questions of patent infringement and patent validity.

Asked in 1969 as to whether a patent could be granted for a method of breeding pigeons with red plumage, the X Senate took the opportunity to state its understanding of what ‘technology’ is. Although the background of this decision is very specific, the statement is unique and – despite the fact that some patent experts have requested minor clarifications – it is still of fundamental importance and applicable after more than 40 years.

The Federal Supreme Court provided a concise definition of ‘technology’: it is a systematic operation that makes use of the controllable forces of nature to achieve a causally manageable result. In the context of software, perhaps no other operation is more systematic than designing a computer program; the forces of nature are also very much under control and the results are as causally manageable as one can get. Whether programs that have the tendency to crash actually constitute ‘technology’ is up for debate and may be answered differently by those forced to reboot their PCs for a third consecutive time; but that is another matter.

Software – technology of a different kind?

A computer is a versatile machine and software is merely the operating instructions provided to the machine. Due to the inherent versatility of computers, such instructions may incorporate an infinite range of inventions.

In comparison, the versatility of a rolling mill – a much simpler machine – is considerably more finite. However, no patent practitioner would contend that the specific rolling method of a conventional rolling mill’s metal sheet constitutes a patentable invention.

Software is accordingly nothing more than a structured representation of methods to run a computer; such methods may constitute patentable inventions. The legal provision stipulating that computer programs are not regarded as inventions has seriously obfuscated the understanding of what software is. From a contemporary perspective, it might have been smarter to annul this provision.

This obfuscation, which has been exacerbated by other misleading legal decisions and academic articles, has led to confusion among software engineers and companies worldwide as to whether and to what extent software is patentable, especially in Germany and Europe. The truth is that software is patentable in exactly the same way as any other technology.

Certain interest groups – such as the open-source community – have taken advantage of this confusion to contest the patentability of software on the basis of political positions, rather than concrete legal arguments. The law leaves no doubt that software inventions and computer-implemented inventions must be treated like any other invention.

In addition to the obfuscation unintentionally generated by the legislation relating to software patents, humans have no sense of the physical processes used by computers when running software. Unlike moving axles and gears, switching bits in a register of a computer’s central processing unit and the transmission of data through electromagnetic waves in wireless communications can be neither seen nor felt.

Other technologies allow human senses to confirm what is going on (eg, mechanics and many areas of chemistry). While software generates perceivable results, the intermediate processes involved can feel a little unreal.

Going back to the ‘red pigeon’ rule, there is no doubt that a computer running software is making use of the controllable forces of nature to achieve a causally manageable result. In each step a computer modifies the physical status of at least one of its parts. A computer is made of physical components and data is stored in the volatile memory or hard disk drives. Many of these modifications are of a short duration, but they are all real and detectable.

This lack of awareness of the processes involved or the transitory physical states in software technology is no reason to treat software inventions any differently from inventions in other fields, as there is no legal basis for such a distinction.

In this context, the Federal Supreme Court confirmed in its MPEG-2 Videosignalcodierung decision that a data sequence generated by a patent-protected software encoding process is a direct product of a patented method. According to this decision, the distribution of such a data sequence – which constitutes a product – is thus protected by law as a direct product of a patented process. Such protection of direct products of patented methods was introduced to protect the chemical industry from imports of substances manufactured in a country in which no patent protection for the production method exists. However, through this decision the Federal Supreme Court clearly confirmed the parity of software with other technologies.

Another issue relating to software protection is the protection of business methods, including instructions for humans, which are patentable under US law. Under German and EU law (and the laws of most other jurisdictions), business methods are not patentable, even if they are new and involve an inventive step. The key point outside the United States is the requirement for technology – following the red pigeon rule – to make use of the controllable forces of nature. Humans are obviously not a controllable force of nature.

Software is a technology like any other and it would be negligent not to consider patent protection for software technology. If the relevant developments make use of the controllable forces of nature in systematic operation to achieve a causally manageable result, applying for a patent is advised.

Patent protection for software is no secret, as evidenced by the existing patent portfolios in mobile communications, video compression, data storage and the like. Patent offices grant patents for software-related inventions and computer-implemented inventions every day and no one should refrain from protecting their ideas in this field. 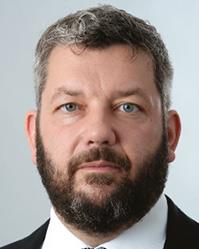 Gottfried Schüll is a prominent and highly renowned patent litigator. Both as lead counsel and as a member of an international legal counsel team, he has successfully represented global clients including Fortune 500 companies as plaintiffs in high-profile cases relating to technologies such MPEG-2, ADSL, GPRS and NFC. Based on his reputation in litigation, he is frequently appointed as an independent court expert (by the Dusseldorf Appeals Court) as well as an arbitrator.