Controlling the wheels of justice can be more of an aspiration than a reality. As a character in John Galsworthy’s 1910 play Justice said: “Gentlemen, justice is a machine that, when someone has once given it the starting push, rolls on of itself.” More than a century later, a civil lawsuit can still seem to have a mind of its own, spawning disclosure documents, witness statements and courtrooms full of expensive people sitting for day after day.

Courts in times past tended to see litigants as supplicants, rather than customers. This has changed, as it had to. The courts – especially those dealing with IP and other business-related matters – can see that efficient procedures and shorter trials are a necessity, not a luxury; this is particularly so where there may be alternatives to litigation in the court system. If patents subsist in various countries, a claimant frequently has a choice of arena for a dispute with a rival. The courts are alive to the fact that they operate in a competitive market.

Various attempts have been made to reduce the time and expense of civil justice in the United Kingdom. The High Court’s Woolf reforms a few years ago involved a wholesale rewriting of the court rules, with the objective of making the administration of justice simpler, quicker and cheaper. This has probably led to things being better than they were before, but old habits die hard – cases were still taking too long to come to court and were lasting too long in court when they eventually did so.

More recently, a number of courts dealing with civil litigations in the business sector assembled to set up a pilot scheme to reduce the time and cost of litigation: the Shorter Trial Scheme (STS). Courts involved in the STS include the Technology and Construction Court and the Patents Court. The STS – a purely voluntary scheme – has been running since October 2015 and will last for an initial period of two years.

The thinking behind the STS is that if each case has a designated judge who will exercise firm control over procedures and timing, the parties will get a quicker, cheaper result with no loss of quality. This thinking is not entirely new; much of it emanates from the IP Enterprise Court, a junior branch of the system dealing with IP cases in which the trial lasts no more than two days. The IP Enterprise Court has its own procedure in which the judge is highly directive and lays down strict timetables. Time-consuming matters such as document disclosure and cross-examination of witnesses are all tightly controlled. On the financial side, there is an upper limit for costs recovery of £50,000, as well as a £500,000 limit on damages recovery. This court has proved attractive to its customers. It has been a success.

For the past five years or so, the IP Enterprise Court has handled disputes through trials lasting a day or two – trials that previously would have lasted a week or longer. The cases are ready for trial within six months of the initial procedural hearing.

The success of the IP Enterprise Court has started to sink in. The judges in the business-focused sections of the High Court saw this. There was clearly a demand from users for quicker, cheaper procedures. They thought: “Why can’t we have some of that in our courts too?” The result is the STS. It has the same flavour as IP Enterprise Court procedures, but has been beefed up to accommodate cases that are more complex.

London has long been a favoured forum for patent cases. There are specialist judges both at first instance and in the appeal court. Among lawyers, a substantial sector deals exclusively with patent and other IP disputes. In other words, it is a mature forum. The IP Enterprise Court has shown that, as good as the system is, it can still be improved. The High Court has seen what can be done and is anxious to offer a similar service for larger cases.

As the High Court has unlimited jurisdiction, the upper limit for trial length in the STS has been increased to four days (including pre-reading time for the judge). There is no costs cap. The other new procedures are largely similar to those in the IP Enterprise Court, but with some tweaks. The main features are as follows:

The costs cap in the IP Enterprise Court has been an attractive feature for the level of cases which that court deals with. This is so even where a party knows at the outset that it might not recover much of what it has spent even if it wins. The IP Enterprise Court costs cap works both ways, of course; it means that a party can quantify ahead of time the maximum that it will have to pay if it loses. The maximum is £50,000, but this is not a global figure. Rather, it is made up of a number of elements, corresponding to various steps in the litigation. The amount rarely reaches £50,000. The risk of losing is manageable. This is part of the attraction of the IP Enterprise Court.

The High Court has power to transfer actions to the IP Enterprise Court. It will normally consider this if the value of the claim is ascertainable from the initial documents filed and is less than the £500,000 maximum which the IP Enterprise Court can award. However, the value ascribed to the claim in the initial documents can be a notional figure or a stab in the dark, or even zero if the defendant is not yet on the market, so it is not always simple to make an assessment on the documents alone. The court has tried to allay fears that there will be a flood of transfers to the IP Enterprise Court against the wishes of the claimant, pointing out that only seven transfers were made in the first few months of 2016.

To date, the only alternative to the IP Enterprise Court has been a full action in the High Court. There is now the halfway house of the STS. Although there is no costs cap, the quicker procedures and shorter trial length should mean that the parties incur legal costs at a lower level than in a conventional action.

As for disclosure of documents (formerly called ‘discovery’), this has long been a bugbear in civil litigation – particularly in patent cases. If, for example, a patent is challenged on the grounds of obviousness (and this is rarely not the case), the patentee must usually be required to disgorge all of its R&D documentation leading up to the making of the invention. Until 1995 the requirement was for this to reach back to the earliest moment when the research started. In an attempt to limit this, the initial obligation of disclosure was then limited to a window of four years – two years either side of the priority date. Even so, the volume of documents could be large. The time and expense of disclosure were often seen as a waste of effort.

Further changes to court procedures, known as the Jackson reforms, came onstream in 2013 and have had an impact on the disclosure process. Two recent cases in the Patents Court (High Court) demonstrate a much more frugal approach, with cost very much uppermost in the court’s mind. Whereas the assumption in the past was that an order for disclosure of documents was virtually automatic, the question must now be rigorously assessed against a cost-benefit analysis. Thus, even in a conventional High Court case, disclosure of documents is becoming less of a burden. The STS procedure is even simpler: disclosure of documents is limited, initially at any rate, to those on which the party intends to rely.

This provision has put special emphasis on document disclosure because historically, the costs involved in this step have been a significant component in patent litigation. However, across the board the High Court is becoming increasingly conscious that some of its time-honoured procedures are not necessarily the best way of doing things. There is a general trend towards streamlining procedures and an awareness that time in a courtroom costs a lot of money. The STS takes this a step further.

Whether the STS succeeds will largely depend on how much use will be made of it. Claimants can choose to designate a case as being within the STS. The court has power to transfer an existing case into the STS. The court can do this even if the parties do not propose it.

The indications are that use of the STS has been fairly limited so far. However, it has been running for less than a year. Looking ahead, it needs to be credible, both to users and to lawyers. Not so long ago, most practitioners would have been sceptical that an IP action could be done and dusted in two days or less, and with all parties believing that they had had a fair hearing. The IP Enterprise Court has shown that this is feasible. As time goes on, that realisation should permeate the body of practitioners in business-focused courts.

There is no logic in having an efficient procedure for smaller cases, but having to churn though more formal procedures where there is more at stake. There will always be cases where the stakes are so high and the issues so complex that a streamlined procedure will not suit the parties – but there is a wealth of cases in between.

UK judges are well aware that in several areas of law there is competition with other jurisdictions. In patent cases, the main competitor tends to be Germany. This shorter trial procedure goes a long way towards addressing the concerns that many potential litigants have in England and Wales. It has obvious attractions, but could wither on the vine unless it is used. 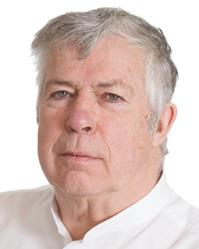 Gregor Grant is a solicitor with Marks & Clerk. He is an experienced, hands-on patent litigator who has handled many cases in the UK High Court and the IP Enterprise Court. He has acted over many years for both multinationals and small and medium-sized enterprises in cases involving a variety of technical subject matter. He closely follows attempts to make court procedures more efficient and user friendly.