Electronic products ranging from tablets to cars and even fridges contain a growing number of software components. Graphical user interfaces (GUIs) play a central role in enabling efficient user control by facilitating communication between man and machine. Although GUIs may be considered subordinate to hardware and software, their importance is increasing, making protection of these elements vital.

However, while legislation protects intellectual creations relating to hardware and software, the protection of GUIs has largely been neglected. The question thus arises as to which forms of legal protection are available for GUIs and what the particular effects of such forms of protection may be.

A GUI determines how software is presented on screen and how information is exchanged with the user. It comprises the positioning of menus, buttons and functionalities in windows. A GUI may thus be considered a software accessory or an autonomous item used in conjunction with software.

If a GUI is considered as a software accessory, the question arises as to whether it is covered by an IP right granted to the software or the appearance thereof, or whether it is devoid of rights.

In accordance with the directive, French law provides for specific software copyright. Article L112-2 of the IP Code states that “the following, in particular, shall be considered works of the mind within the meaning of this Code:… software, including the preparatory design material”. However, the directive’s restriction on ideas and principles has not been transposed into French law.

Although the expression “which underlie its interfaces” is not a de facto exclusion of the interface as such and is open to interpretation, this wording shows that the EU legislature does not wish to provide protection as a matter of course for interfaces in conjunction with the software with which they are associated.

Appearance of software in a GUI: Design law under the IP Code protects the visible appearance of a product, with the exception of functional aspects, under conditions of novelty and individual character.

However, Article L511-1 of the IP Code states that computer programs are excluded from the products whose appearance may be protected. Therefore, where a GUI is considered as the appearance of a piece of software, it cannot be protected under design law.

Nevertheless, when considered as an autonomous item, a GUI may, under certain conditions, be protected by copyright and design law (as discussed below).

Civil liability: While no IP right covers GUIs where they are considered as a software accessory, an action for unfair competition may be instituted, for example, in case of parasitic behaviour or where there is a risk of confusion. However, although such proceedings may be instigated to prevent unfair competition – especially where the defendant shows bad faith – any damages are intended only to relieve injury, without accounting for any profits of the defendant.

Although no specific IP right is granted by law to GUIs per se, protection may be available for their constituent elements.

Appearance: Article L112-1 of the IP Code may apply to protect the visual or aesthetic aspect of a GUI under general copyright law. With the exclusion of any functionality, it can thus be protected subject to being original. This was confirmed by the ECJ in its December 22 2010 decision regarding the interpretation of Directive 91/250/EC.

Lastly, trademark protection may be available for certain elements of a GUI, provided that they are available and distinctive in relation to the goods concerned.

Thus, the visual and aesthetic aspects of a GUI may, under certain conditions, be independently or cumulatively protected by design law, general copyright and trademark law.

The European Patent Office (EPO) Guidelines for Examination state that “features concerning the graphic design of user interfaces do not have a technical effect”, because they are based on considerations of user appeal. However, the guidelines also state that “the examiner must check whether these features contribute to achieving a particular technical effect”. It has thus been acknowledged that context-sensitive help is not excluded from patentability.

Recent EPO decisions – in particular, Decision T336/14 (September 2 2015) – have assessed whether the technical effect considered to determine inventive step derives from technical features specific to the GUI concerned or from the user’s reasoning in relation to information presented. In other words, according to these decisions, the reasoning must be based not on the information displayed, but on how and why it is presented.

The technical character and technical effect may also derive from the user’s interaction with the interface, as illustrated by the patent known as ‘slide to unlock’ (later cancelled by many courts for lack of inventive step).

Accordingly, if a technical effect that does not result from a user’s reasoning can be shown, it is most likely that a patent may be obtained.

Computerised representation (source file): To be implemented by a computer, a GUI must be represented in computer code. The question thus arises as to whether such code can be protected by software copyright.

Article 1 of the Computer Programs Directive states that “a computer program shall be protected if it is original in the sense that it is the author’s own intellectual creation. No other criteria shall be applied to determine its eligibility for protection”. Thus, software code corresponding to the GUI appears to be protectable by this specific copyright if it is original.

The French Supreme Court has considered several times how the originality of software should be assessed – in particular, through its decisions of March 7 1986 and October 17 2012, where it found that such originality requires the existence of an intellectual contribution specific to the software’s author and the materialisation of the intellectual effort residing in an individualised structure.

Notably, the Lille First-Instance Court found in a May 26 2016 judgment that the originality of a computer program is not presumed to exist; it is rather incumbent on the party asserting originality to prove the creative efforts of the author.

Legal effects of forms of protection

Different aspects of the same GUI may be protected simultaneously by different IP rights. This has specific effects, in particular as to the ownership and term of protection of the IP rights.

As the main purpose of IP rights is to protect rights holders against illicit use of their innovations, the question of ownership is paramount. However, a distinction must be drawn between rights that arise automatically on creation and those that arise through execution of formalities.

Rights without formalities: Article L111-1 of the IP Code states that “the author of a work of the mind shall enjoy in that work, by the mere fact of its creation, an exclusive incorporeal property right which shall be enforceable against all persons”. Thus, provided that the created work is original, its author may enforce it against any third party.

Article L113-9 of the IP Code provides that software copyright resides with the employer only under specific circumstances. Notably, even an unpaid trainee who is not simply following clear and precise instructions may be considered to own the copyright in a work that he or she creates.

When a work has multiple authors, several cases must be considered, as set out in Article L113-2 of the IP Code:

Rights arising through formalities: Patent, trademark and design rights are the result of various formalities. According to Articles L511-9, L611-6 and L713-1 of the IP Code, such formalities are based on the presumption of ownership.

For employee inventions, Article L611-7 of the IP Code distinguishes between inventions made:

Depending on these circumstances, the invention respectively belongs to:

The above analysis shows that the ownership of IP rights is linked to the form of protection concerned (see Table 1). Where several forms of protection can apply to the same object, particular care should be taken to ensure that the party requiring freedom to operate possesses the rights.

Thus, a GUI that provides patentable functionalities, has an original design protectable under general copyright and design law, incorporates a trademark-protected logo and is represented by software code that is protectable by software copyright requires precise identification of the contributions of each contributor and, where appropriate, an agreement enabling freedom to operate without breaching the IP rights.

As shown in Table 2, the term of IP rights under the law varies according to their nature.

Although there is no specific protection for GUIs, several forms of protection may come into play, each directed to a particular aspect. It is thus possible to optimise protection by ‘playing off’ each form in relation to the cost of protection, the object protected, ownership of the rights, the term of protection, the accessibility of evidence of reproduction of protected constituents and the expected damages, among other things.

However, particular care must be taken regarding ownership of the rights, which depends not only on the context of the creation of the GUI, but also on the legal frameworks applicable to the rights concerned.

In the absence of a specific agreement, a situation may arise in which no party has the freedom to operate with regard to a GUI, with ownership of certain rights residing with the employer, other rights remaining the property of the creator and still others being subject to co-ownership.

When developing a GUI, it is thus necessary to anticipate the various possible protections, with or without formalities, and arrange for any necessary assignments. To control ownership of the rights and avoid possible conflicts, it may also be appropriate for the employer to give clear and precise written guidelines or instructions.

Lastly, documents in a sealed, postmarked envelope or filed with a competent authority (eg, a bailiff) can be used to prove the existence of a work at a given date. 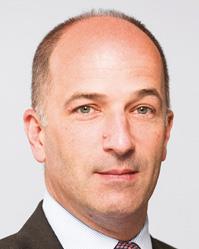 Ghislain de Trémiolles is a French and European patent attorney and has a PhD in computer science, automation and signal processing.

He joined Santarelli in 2006, where he advises and assists clients both in France and abroad in the acquisition and defence of their rights in numerous technical fields, including information technology, telecommunications, electronics, mechanical engineering and business methods. He became a partner in 2012.

His career at the firm has enabled him to develop extensive experience in conducting industrial property audits, patent litigation and patent oppositions before the European Patent Office.