The basic principle of most continental countries in the European Union is that trademark protection is acquired through registration. However, the Paris Convention for the Protection of Industrial Property provides protection for unregistered trademarks, even when they are not used in certain territories, provided that they are well known.

This protection is rarely invoked in the European Union – perhaps because continental countries are unfamiliar with the concept of awarding protection without registration, especially for unused trademarks.

The website of the Benelux Office of Intellectual Property (BOIP), for instance, mentions that although it is possible to base an opposition on a well-known trademark, these trademarks are rare in Benelux. The trademark must be “very well-known”; having a simple reputation will not suffice.

This chapter analyses the possibilities of invoking well-known trademark protection during administrative proceedings and the benefits of doing so in specific circumstances.

The principle of well-known trademarks is based on Article 6bis of the Paris Convention, which mandates signatory states “to refuse or to cancel the registration, and to prohibit the use, of a trademark which constitutes a reproduction, an imitation, or a translation, liable to create confusion, of a mark considered by the competent authority of the country of registration or use to be well-known in that country as being already the mark of a person entitled to the benefits of [the Paris Convention] and used for identical or similar goods”.

EU Directive 2015/2436/EC and the EU Community Trademark Regulation (207/2009) recognise well-known trademarks as relative grounds for refusal – namely, as grounds for opposition. Hence, Article 8(2)(c) of the EU Community Trademark Regulation and Article 5(2)(d) of EU Directive 2015/2436/EC allow opposition based on trademarks which “are well known in a Member State, in the sense in which the words ‘well known’ are used in Article 6bis of the Paris Convention”.

Official guidelines have been drafted regarding the assessment of well-known trademark status, based on which a trademark can be considered ‘well known’ if it is well known among the relevant public, based on the circumstances of the case.

The legislation thus leaves the issue of well-known status to the discretion of the competent authority to determine, leaving room for a broad interpretation.

As already stated, no specific legislative criteria exist for recognising a trademark as well known. Any trademark office or court can decide at its own discretion whether a trademark is considered well known in any specific territory.

As stated above, BOIP is generally hesitant to recognise trademarks as well known. However, the EU Intellectual Property Office (EUIPO) has proven to be more liberal in this respect, ruling as follows:

In practical terms, the threshold for establishing whether a trade mark is well known or enjoys reputation will usually be the same. Indeed, although the terms ‘well known’ and ‘reputation’ denote distinct legal concepts, there is a substantial overlap between them, as shown by a comparison of the way in which well-known marks are defined in the WIPO recommendations with the way in which reputation was described by the Court of Justice in ‘General Motors’ (see judgment of 14/09/1999, C-375/97, ‘General Motors Corporation’). In both cases, the assessment is principally based on quantitative considerations regarding the degree of knowledge of the mark among the public, and the thresholds required for each case are expressed in quite similar terms (well-known by the relevant sector of the public for well-known marks, as against known by a significant part of the relevant public as regards marks with reputation).

Apparently, the EUIPO has taken the position that the term ‘well known’ can be considered as equivalent to the protection provided to trademarks ‘with a reputation’, further to the European Court of Justice (ECJ) Chevy case.

In Chevy the ECJ held that “the degree of knowledge required must be considered to be reached when the earlier mark is known by a significant part of the public concerned by the products or services covered by that trade mark”; whereas “the public amongst which the earlier trade mark must have acquired a reputation is that concerned by that trade mark, that is to say, depending on the product or service marketed, either the public at large or a more specialized public, for example traders in a specific sector”. Finally, the ECJ ruled that in Benelux, it is sufficient for the registered trademark to be known by a significant part of the public concerned in a substantial part of the territory (which may consist of part of one of the countries comprising the territory).

Thus, in order to invoke protection of unregistered and unused trademarks in opposition proceedings in the European Union, the criteria that must be met are those with respect to trademarks with a reputation in a specific territory.

Given the EUIPO’s apparently liberal interpretation regarding what can be considered a well-known trademark, it is interesting to see which trademarks have actually been recognised as such by the EUIPO. 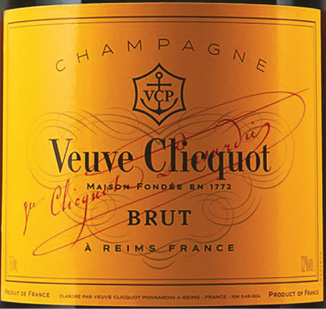 Based on this label, Veuve Clicquot Ponsardin brought several successful actions against other parties which used the same colour for their labels, whether for champagne, beer or Italian sparkling wine.

In order to substantiate the well-known status of the trademark, MHCS submitted several witness statements from persons inside the MCHS organisation and otherwise active in the champagne industry. MCHS also submitted:

The EUIPO granted well-known status to the YELLOW LABEL trademark in the United Kingdom, subsequently allowing the opposition.

Based on the well-known status of the trademark PREDATOR, Sunseeker successfully invalidated the EU registration PREDATOR in relation to luggage carriers for vehicles, vehicle bodies, vehicle seats and speedboats.

In order to substantiate the well-known status of the PREDATOR trademark, Sunseeker submitted:

The EUIPO granted well-known status to the PREDATOR trademark, further noting that “the relevant public is rather narrow and, to prove the well-known character of the mark, it is not necessary to prove the recognition of the mark among the general public; rather, it is sufficient to prove it in relation to target consumers”.

The EUIPO recognised the KICKERS mark as well known in relation to children’s shoes. It admitted that the market survey was quite old and could not independently establish the well-known character of the mark beyond that date. However, in conjunction with the rest of the evidence, the EUIPO accepted that the opponent could maintain the well-known character of the mark in the years before the filing of the contested application.

Evidently, it is possible to obtain well-known trademark status in administrative proceedings before the EUIPO if the reputation of a trademark can be proven in a specific member state or territory. Indeed, it seems that well-known status can be obtained even if:

Article 6bis of the Paris Convention can provide valuable ammunition in administrative and litigation proceedings.

For instance, when invoking trademarks with a high level of descriptiveness or that may not have been genuinely used, invoking Article 6bis of the Paris Convention as a subsidiary ground is essential. Even if the other party invalidates the invoked registered trademark or the proof of use is deemed insufficient in terms of the goods or services invoked, provided that the reputation or well-known status of the trademark in relation to the specific part of the public can be proven, the opposition or litigation can succeed.

Practice shows that it is very difficult, if not impossible, to protect non-traditional trademarks (eg, three-dimensional, shape, sound and olfactory marks) through registration.

In administrative and litigation proceedings, therefore, Article 6bis of the Paris Convention could prove to be a far more valuable tool for rights holders than is presently accepted. 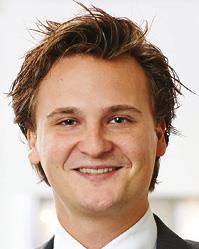 Daan Wijnnobel is a trademark and design attorney at NLO Shieldmark. He graduated with distinction from Vrije Universiteit Amsterdam, where he specialised in IP law.

Mr Wijnnobel advises and assists clients with respect to trademark rights, design rights, copyright, IP-related agreements and licences. He works for several national and international companies in different sectors. His work includes investigation of the availability of trademarks, representation during administrative proceedings and general IP-related advice. He is also responsible for drafting IP agreements in the event of infringement, cooperation and refusals.