Innovation in life sciences is a key driver of human wellbeing. However, the efforts required to bring new drugs, devices and other healthcare technologies to market are increasingly burdensome from both the scientific and investment perspectives.

It is increasingly difficult to identify risks to patients’ health. Regulatory agencies worldwide tend to set stricter requirements for scientific evidence of the safety and efficacy of new drugs and devices, as biotechnology, information technology, electronics and nanotechnology converge in healthcare solutions that were previously unimaginable. Personalised and telemetric medicine, gene therapy and immediate non-invasive diagnostics are all technical realities, but difficult to handle in practice. The result is that the investment required to bring such new technologies to market is also increasing, while the risks are inherently higher in terms of the time and effort required to achieve sufficient sales.

Accordingly, intellectual property plays a crucial role in protecting investment and incentivising healthcare innovation. Patent regimes remain more or less the same in terms of the fundamental definitions, but encounter difficulties with regard to patentable subject matter and the evaluation of inventiveness for these new technologies. This raises a significant question: what are the main challenges in adapting to the new realities?

Selection of polymorphs, specific compositions or other particular embodiments of known inventions is typical in healthcare-related patents, because of the regulatory barriers to market entry for products in this industry.

A drug can be shown to be effective only through a determined polymorph. A cancer drug can be deemed safe only if it is administered under certain conditions and formulated in a particular composition. Even though it may seem at first sight that such solutions can be ‘obvious to try’, many drugs do not reach the market because the obvious-to-try solution is not found within all of the obvious alternatives for those skilled in the art. There are many possible reasons for this, including instability, poor manufacturing processes and safety concerns.

This is why the increasingly strict regulatory requirements for biotechnology drugs and treatment methods lead to non-obvious solutions on a daily basis. However, such non-obvious solutions are added to known inventions, compounds or formulae; and in spite of the solution being patentable, obtaining a patent generally requires experimental evidence to show precisely the non-obviousness of the apparently obvious solution.

Patent applications for this kind of invention face stricter examination requirements, but patent examiners frequently treat all healthcare inventions this strictly, which may have negative consequences for small-scale patent owners.

Patent examiners worldwide increasingly request that this kind of invention limit the scope of the claims to the exemplified subject matter and sometimes even include analytic results in the claim itself. However, the analytic methods used – particularly for identification purposes in advanced chemistry inventions (eg, polymorphs) and the determination of purity in the composition of large biotechnology molecules – become more sophisticated and precise with each passing day. Therefore, the descriptions and even the scope of claims that sometimes include such analysis make it necessary to identify clearly in the examples the analytical techniques used. For instance, X-ray diffraction patterns are known to be the best method to characterise crystalline forms of compounds. However, it has been shown that the equipment used to determine the pattern and the X-ray radiation source may change the result; thus, as part of the enabling description, it is necessary to include such information (which is typically neglected in patent drafting).

The obvious is no longer so obvious

Perhaps because of the incremental nature of innovation in some healthcare technologies, patent offices seem to have established a different standard for evaluating obviousness when assessing the patentability of an invention based on the prior art, as compared with obviousness in light of the contribution of the invention.

Patent drafters seek to use the broadest language possible in order to protect as many obvious variations of an invention as possible in the claims. For instance, in US practice the doctrine of equivalents emerged as a way to protect inventors that were not as skilled in covering such variations in their patent drafting. This is also why claim drafting practices such as the so-called ‘Markush formulae’, with chemical structures or broad ranges of contents of key components in pharmaceutical compositions and the like, were once very common.

As science and technology advance, the thresholds for novelty and inventiveness that must be met for an invention to be patentable naturally rise. New technologies continually become prior art for even newer technologies; for this reason, theorising or prospecting in an invention description as to what can obviously be made of the invention is detrimental to its protection.

If the inventor suggests a possible use for the invention in the description and seeks protection for that possible use, the examiner will most likely reject such a broad and baseless claim for lack of enablement. If the inventor then excludes variations from protection and subsequently shows that they are viable, it will never be able to protect such variations, because the examination stage will have concluded and the inventor’s description containing such suggestion will be sufficient to destroy the obviousness of a subsequently filed patent application. This is because an examiner need only find in the prior art a phrase with a vague suggestion of a feature of a claim that lacks experimental support in order to definitively reject the application for lack of inventive step or obviousness.

However, the stricter regulatory constraints in the healthcare sector make it difficult to determine which obvious-to-try variations can overcome the hurdles set by the regulatory authorities; sometimes they can do so only if another invention or a non-obvious additional variation is added, which does not make it more or less patentable upfront. This leads to a pressing dilemma, as explained below.

The enablement dilemma that benefits the wealthy

At the core of the social contract between an inventor and society that is implicit in a patent grant is another universal requirement: enablement. In exchange for exclusive rights to the invention, the inventor must disclose the invention to society so that it can be reproduced by a third party once the patent expires. Therefore, the description must enable a person with the necessary knowledge and skills to reduce to practice the invention. Examples are the best, most common way to comply with this requirement and are often used to show the inventive nature of an invention, particularly in the healthcare sector.

With regard to healthcare-related inventions, there is a clear trend among patent offices worldwide to restrict the scope of claims to what is actually exemplified and to object to the use of broad language. The basic rationale of this trend is to prevent the patent owner’s potential abuse of broad language in order to obtain protection for a claim that was not reduced to practice. This stance implies two main conclusions that patent examiners reach, but typically do not justify: they do not believe that the obvious conclusions of the inventor regarding its invention are possible, or that what is described in one example actually applies to other obvious variations.

Excessive requests for examples by patent examiners ultimately weaken the position of inventors and patent owners with limited resources. Individual inventors, small companies and universities are often unable to obtain sufficient experimental evidence to confirm their obvious assertions on their invention. Inventors and investors are thus put in a difficult position, as accumulating extensive experimental information can take years and incur prohibitive costs. On the other hand, larger companies are usually in a stronger position, because they have the money and resources at least to obtain experimental evidence for the variations that they deem most important.

Weaker applicants are therefore faced with a dilemma. Should they describe obvious variations of their invention even if doing so runs the risk of being prevented from obtaining a broad scope for a future patent? Or should they not disclose such variations and accordingly run the risk that wealthier third parties may subsequently obtain protection for the undisclosed variations?

Stem cells are at the centre of a controversy relating to whether inventions threaten life when they have an embryonic origin. The Agreement on Trade-Related Aspects of Intellectual Property Rights and most international treaties allow contracting states to deny patent protection for inventions that contravene principles of morality or threaten life.

In the healthcare context, it is a paradox that an invention which threatens life (in terms of embryo use) can also save a life if used accordingly. Although scientific advancements have overcome the need to use embryos for this kind of invention, the question remains as to whether patents should be granted for such inventions when embryonic-origin stem cells are mentioned in the description. Protocols involving embryos and stem cells are typically performed under the strict surveillance of scientific committees, including ethics committees. Should a patent office become an ethics committee itself and reject such inventions as a threat to life? Or should it simply not consider the invention’s origin in the evaluation, instead focusing on its use and effects? Many concerns arise in relation to this kind of invention and patent offices undoubtedly face a challenge in managing the ethical component of assessment while also ensuring steady investment in new therapies.

From both a regulatory and patenting perspective, the management of experimental evidence is critical to protecting both the invention itself and the investment behind it. The challenge lies in handling experimental evidence in a way that avoids both broader language beyond the actual contribution of the invention and the loss of rights to obvious variations of inventions for smaller-scale applicants.

A good strategy for managing experimental information is key to obtaining patent protection and striking a balance between enablement, ethics and a wide scope of protection. Experimental evidence should:

Patent offices in turn must work to develop more balanced criteria for weighing the level of experimental evidence necessary to demonstrate reasonable assumptions of variations by the applicant against the simple, vague references that destroy inventive step or render an invention obvious.

The existing system benefits those that have more resources to develop experimental information. The weaker players – individual inventors, small companies and universities – are left with either patents that are limited in scope to the embodiments that they actually exemplify or no protection at all, given the high level of experimental evidence required to show enablement and inventiveness. 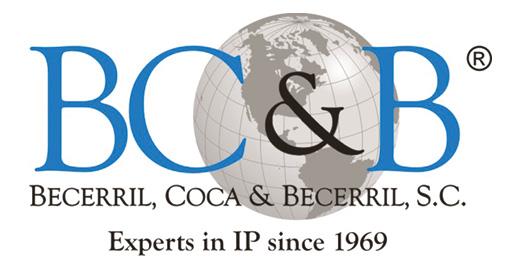 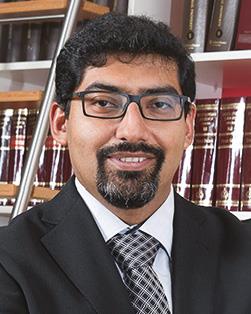 Hector E Chagoya is a chemical engineer. He is a graduate of La Salle University, where he had a 15-year career teaching thermodynamics, chemical equilibrium and project evaluation.

With IP experience since 1997 in many technologies and industries, he is a Certified Licensing Professional and director of patents and technology for the firm, in charge of the patent practice (one of the largest in Mexico) and consulting services for leveraging value from IP assets.