Most patent infringement cases in the European Union are still litigated in one country only. This is widely regarded as a disadvantage, particularly in comparison to litigation in the United States, which constitutes a much bigger market than any individual EU country. Although a limited number of parallel national suits may suffice to stop an infringer effectively in some cases, going country by country is time and resource consuming and also seems to be out of step with the idea of a single European market. Therefore, the Unified Patent Court (UPC) is intended to bring about a change long awaited by practitioners: with one single suit, all EU member states (except Spain; Croatia and Poland will likely join) will be covered. Although this sounds straightforward, it is in fact rather complicated, as it involves an entirely new court, new rules of procedure and no precedent whatsoever. This chapter highlights the most crucial issues to consider.

Until the United Kingdom’s June 2016 referendum on EU membership, it was widely expected that both the unitary patent and the UPC would come into effect around February 2017. Buildings for the various local divisions have been rented, the software architecture has been developed, the selection process for judges is in full swing and nearly final versions of the rules of procedure and recoverable fees have been put in place. But then came Brexit. Ever since, there has been much speculation as to how the timeline will be affected. Complex legal considerations and all ‘ifs’ and ‘whens’ aside, Brexit is likely to seriously delay both the unitary patent and the UPC system.

In sum, it will probably take until early 2019 for the UPC to be up and running. So even though there is some time left to get acquainted with the new system, given that the core legal issues have been addressed and negotiated and will probably not change, it is necessary to become familiar with some of the UPC basics as soon as possible.

This means that the owner of a traditional European patent has a choice. When considering filing an infringement action, it should evaluate which system serves it better: the new UPC or the traditional local infringement courts. To make an informed decision, the patentee should be aware of which remedies are available for litigation in the various jurisdictions. Only when it knows what is available can it pick the right court.

Two factors play a major role in most infringement cases today: the availability of injunctions and damages awards for past infringements.

Patent laws around the world, including those in the European Union, differ significantly regarding the availability of injunctions. For example, injunctions are not readily available in US infringement cases, whereas German judges grant an injunction once a patent has been infringed without exception. However, even if an injunction is issued in Germany, it may need to be executed against payment of some form of security in order to become effective. Due to the prospective impact of injunctions on the economic analysis, all injunction-related issues should be researched before a complaint is filed.

Likewise, regarding damages, there are notable differences between the patent laws in various countries. In the United States, damages may be tripled in some instances, whereas courts in Europe are rather restrictive in this respect and do not award triple damages. In general, the US legal system has more elaborate case law regarding the calculation of damages than can be found in Europe.

Decision making will become even more complicated because a potential plaintiff needs to compare the remedies provided for by the various EU courts with those that can be awarded under the UPC regime. As previously mentioned, when enforcing European patents, the plaintiff will often have a choice as to whether to file before the traditional national courts or the new UPC; an understanding of the different remedies that may be awarded by the respective courts is indispensable to make the correct decision.

The availability of injunctive relief is probably the most crucial issue. Therefore, a more detailed analysis of the discussion that has evolved regarding the availability of injunctions in relation to non-practising entities (NPEs) is beneficial, as this provides significant clues of what to expect in future. It is clear that permanent injunctions will be available under the new UPC regime. However, it is not entirely clear whether the judge will weigh both the plaintiff’s and the defendant’s interests before rendering a decision, as is the case in the United States. Or will it be the case that – as in Germany – any finding of infringement will automatically lead to an injunction? The wording of the relevant provision of the UPC Agreement is unclear and leaves room to argue that injunctive relief may not always be available to a plaintiff. How UPC judges will interpret this provision is also unknown. That said, UPC judges – who will all be patent professionals with years of experience practising patent law in at least one EU member state – will probably be inclined to decide on the use of injunctions in the same way as they previously decided on this at national level. With respect to injunctive relief, for example, German judges have already stated on various occasions that, should they adjudicate as UPC judges, they will interpret the UPC Agreement in the same way that they interpret the German Patent Act, and will therefore find in favour of automatic injunctive relief where an infringement has occurred. However, judges who have been trained in other EU member states may decide differently.

Damages will be awarded only if the infringer knew or had reasonable grounds to know that it was engaged in patent-infringing activity. The question remains as to how this standard will be applied in practice. German courts have taken a rigid view in this regard and assume in nearly all cases that the infringer had reasonable grounds to know that it was infringing. However, it is questionable whether this standard will be applied by the UPC. In fact, it is expected that UPC judges will examine whether an infringer actually could have known that it was infringing in greater detail than is currently done in German infringement litigation.

Another prominent issue is the amount of damages that will be awarded to the plaintiff. Specifically, it remains to be seen to what extent any profit made by the infringer will be handed over to the plaintiff. There may well be significant differences between the damages awarded by the UPC and those awarded by national patent courts. Plaintiffs should take this into account when deciding where to sue.

Moreover, UPC judges will have discretion to award compensation only (ie, no injunctive relief). Although the extent to which the UPC will make use of this discretion remains uncertain, practitioners have suggested that the relevant provision may be applied when standard-essential patents (SEPs) are involved. For the past few years, European – and particularly German – courts have seen a large volume of SEP litigation and, despite a recent European Court of Justice decision, the conditions under which an SEP owner can enforce a claim for injunctive relief without violating antitrust laws remain unclear. The right to exercise discretion and award compensation instead of injunctive relief may be invoked by the courts when the plaintiff is an NPE, and by doing so avoid complex antitrust issues. German courts in particular have taken the view that NPEs enjoy the same rights as any other entity – a position that deviates significantly from that of the US courts. Under the new UPC system, it may be that this German practice will not be upheld. NPEs will surely monitor developments closely, as the fact that the UPC will have jurisdiction in 25 EU member states and thus cover a significantly larger market makes the UPC system highly attractive to such entities. However, it will become less attractive if the full scope of remedies is unavailable. After all, it was the claim for injunctive relief that made NPE litigation dangerous and led to settlements with monetary compensation for NPEs above market level.

The different remedies available in national and UPC litigation will also have an influence on forum selection. Even within the UPC system, a plaintiff will usually have the choice of UPC division to use – whether Dusseldorf, Paris or a division in another country. In theory, the various divisions must apply the law uniformly. However, in practice, judges will doubtless be influenced by their experience and training in the country in which they previously practised and cannot rely on any precedent, as the UPC is new.

Only highly capable patent practitioners will be appointed as UPC judges and they will receive excellent training. This will comfort potential plaintiffs, but it is still far from clear what to expect from UPC judges in a specific scenario. In contrast, in national patent infringement litigation a large body of experience and case law is available, which makes it easier for practitioners – and therefore plaintiffs – to make an educated guess about the outcome.

With respect to costs, it is almost certain that UPC litigation will be more expensive than national patent litigation. Although the relevant legal framework provides for quick proceedings (leading to a judgment within about one year as of the filing date of the complaint, in a best-case scenario), the manpower (eg, litigators and patent attorneys) needed to handle UPC litigation is likely to increase, particularly in the initial phase.

While the new system will be delayed by Brexit, it will probably come into effect in early 2019. Over the seven-year transitional period, owners of traditional European patents may elect where to sue, but may also completely opt out of the UPC regime during this period. To make a prudent decision in this regard, the entire portfolio should be reviewed. Many entities – mostly those with large portfolios of European patents – have already begun reviewing their portfolios and decided on whether to opt out for some of their European patents. However, opting out has the significant consequence of closing the UPC route.

In tomorrow’s EU patent litigation world, finding the right strategy will become increasingly important and more difficult in view of the new UPC. Any potential plaintiff should learn as much as possible about the different systems available, including available remedies, to make an informed decision before bringing a case to court. 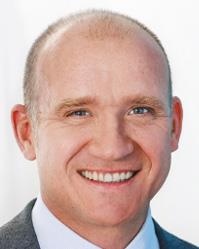 Bernd Allekotte has handled numerous patent infringement disputes for domestic and foreign clients. His work focuses on telecommunications and life sciences patents. Mr Allekotte also has extensive knowledge of IP-related EU and German antitrust issues. Over the past few years, he and his team have often been involved in complex cross-border cases, in particular regarding standard-essential patents in the telecommunications area.