Australia’s Productivity Commission issued a draft report in May 2016 recommending sweeping changes to the patent system, as well as to the systems for protecting trademarks, copyright, plant varieties and designs in Australia.

The recommendations for change to the patent system include the following:

Many other changes are suggested, including:

The commission found that Australia’s patent system grants protection too easily, resulting in a “proliferation of low-quality patents” which impede innovation and stymie competition.

A key recommendation is to raise the inventive step threshold by amending Sections 7(2) and 7(3) of the Patents Act 1990 (Cth), such that an invention is considered to involve an inventive step if, having regard to the prior art base, it is not obvious to a person skilled in the art. The test should be applied by asking whether a course of action required to arrive at the invention or solution to the problem would have been obvious for a person skilled in the art to try with a reasonable expectation of success.

The commission recommends introducing an objects clause into the Patents Act. The objects clause should describe the purposes of the legislation as being to enhance the wellbeing of Australians by providing patent protection to socially valuable innovations that would not otherwise have occurred and to promote the dissemination of technology. This reflects the view of the commission that the patent system should balance the interests of patent applicants and patent owners, users of technology – including follow-on innovators and researchers – and Australian society as a whole.

The commission recommends the abolition of the innovation patent system, suggesting that it makes it harder for small and medium-sized enterprises to innovate and that mere reform of the system would be insufficient.

An amendment to the Patents Act to exclude business methods and software from being patentable subject matter is proposed. The commission found that the protection afforded to business method and software patents has been “excessive, ineffective and not in the interests of the community”.

The report suggests that IP Australia should increase the cost of patent renewal fees later in the life of a standard patent and make greater use of excess claim fees to limit the breadth of patent protection.

The report also seeks information as to whether the patent application process should be amended to elicit better information from applicants, such as by requiring them to set out how their invention improves on the current state of technology or to explain why their invention is not obvious. Likewise, information is sought as to whether there should be a broader exception from patent infringement for experimental activities.

Specifically for pharmaceutical patents, the commission recommends that extensions of term be calculated based on the time taken for regulatory approval by the Therapeutic Goods Administration over and above one year. The commission also recommended that manufacture for export be permitted during the extension period.

The commission recommends that there be no extension of the period of data protection for data submitted in support of regulatory approval processes, including that applicable to biologics. The commission has also found that there is a case for making the data more widely available and suggests that the Australian government should work with other nations for a system of publication of trial data in exchange for statutory data protection.

The establishment of a reporting and monitoring system to detect any pay-for-delay settlements between originator and generic pharmaceutical companies is also recommended.

The report acknowledges the benefits of increasing harmonisation though international agreements and treaties, but indicates that these agreements constrain domestic IP policy flexibility. As the country is a net importer of technology, the report considers the “overly generous” system of IP rights to be “costly for Australia” and examines measures that Australia should take to redress this situation.

The draft report will be finalised following public hearings and a consideration of the submissions that have been made. This is likely by mid-August 2016. The final report will then be tabled in the Parliament. The government must make a formal response to the report within 25 sitting days, but at this stage there is no indication what that might be.

One of the hotly debated topics during New Zealand’s patent law reform was the extent to which patent protection should be available for computer-implemented inventions. There is a widely held belief that there is now a ban on software patents. So how did the Intellectual Property Office of New Zealand (IPONZ) issue a software patent under the new law that bans them?

An invention is patentable if it is a “manner of manufacture”, is novel and involves an inventive step. Section 11 of the Patents Act 2013 excludes computer programs “as such” from the definition of ‘invention’.

The exclusion is there as a result of submissions to the parliamentary Commerce Select Committee from the New Zealand Open Source Society (NZOSS) and its supporters. Many submitters urged a consistency of approach with other markets. The NZOSS, for example, suggested that “New Zealand could follow the European lead in patent law”.

The minister responsible for the new legislation gave a clear direction to the commissioner of patents and the New Zealand courts to seek guidance from the English courts when considering computer programs “as such”. A claim in a patent or an application relates to a computer program as such if the actual contribution made by the alleged invention lies solely in it being a computer program.

Which begs the question: when does an actual contribution lie solely in a computer program? We don’t quite have an answer to that; but we are one step closer.

New Zealand Patent 702006 discloses a method and system to analyse the interference susceptibility of a radio receiver design. Radio frequency (RF) receivers suffer performance degradation caused by transmissions from nearby transmitters. These negative effects have previously been simulated in the lab through a costly design-build-test-modify process.

The invention provides software code that permits a user to predict, analyse or simulate the interference susceptibility of a receiver before any hardware is actually manufactured. The software runs on a general-purpose computer – for example, a desktop, laptop or tablet. The output is a graph showing transmit power levels that result in performance degradation.

So how can software running on a general-purpose computer qualify for patent protection under a law that bans software patents?

IPONZ initially objected that the claimed invention was directed to a computer program as such. IPONZ said that the actual contribution appeared to be no more than a plot or graph based on calculated values, these being determined transmit power levels.

The applicant successfully argued that the claimed invention was directed to simulating interference susceptibility performance of a radio receiver design, which had real-world, practical applications. The invention enabled receiver performance to be assessed without requiring the receiver to be actually built.

The claimed invention was a computer-implemented method for evaluating interference susceptibility performance of a radio receiver design, rather than a computer program as such.

A few years ago, the English High Court dealt with the same misconception that computer-implemented inventions are by definition excluded from patent protection. In Re Halliburton Energy Services Inc [2011] EWHC 2508 (Pat) (05 October 2011) the court allowed a patent for an invention concerned with improving the design of roller cone drill bits for drilling oil wells.

The claimed invention was a computer-implemented method of designing drill bits, rather than a computer program as such.

It was accepted that a process for evaluating interference susceptibility performance of a radio receiver design is a patentable invention. Computer implementation of this process avoided a costly design-build-test-modify process by enabling a simulation without requiring a receiver to be built.

It is good to see IPONZ follow the European lead in patent law. When assessing a patent application involving computer programs, it is not a question of whether the invention is a software patent; the question is whether it lies in a patent-eligible field. If so, then it does not matter whether it is implemented in software.

Possibly unsurprisingly, and whether intentional or not, the changes to New Zealand’s IP laws required by the Trans-Pacific Partnership Agreement (TPPA) will bring them further into line with existing law in Australia.

Australia and New Zealand were early signatories to the talks, with other countries entering over the years of negotiation. IP provisions made up a small proportion of the issues negotiated, but were among the most significant for New Zealand, which already has relatively low import tariffs. Apart from concerns that the government’s pharmaceutical purchasing agency Pharmac would be compromised, proposed changes to the patent system led many to expect a rise in pharmaceutical costs under the TPPA.

Similar concerns were raised in Australia, which spearheaded opposition to proposed increases in data exclusivity periods.

On patent term extension, the New Zealand government release said that New Zealand “will have to extend the term of a particular pharmaceutical patent if there are unreasonable delays in examining the patent or getting regulatory approval. New Zealand’s processes are efficient, though, so very few patent term extensions are expected, based on current practice, and only in exceptional circumstances”. Although it may rarely be used, this is a potentially important change for holders of New Zealand patents. Data exclusivity (currently five years in New Zealand) seems unaffected.

Australia already has a copyright term of life of the author plus 70 years. The extension of New Zealand’s copyright term from 50 to 70 years will purportedly cost the country NZ$55 million a year in the long term, but that figure seems high. Few copyright works are still being heavily commercialised in New Zealand 50 years after the author’s death. 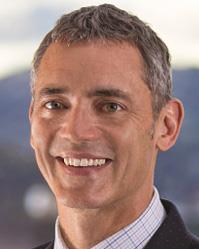 Matt Adams is a partner in AJ Park’s engineering and information and communications technology team. He specialises in protecting, registering and licensing patents in the computer and IT fields. He is also a copyright specialist. 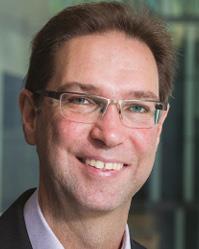 A consultant in AJ Park’s Australian chemistry and life sciences patent team, Brendan Nugent has over 25 years’ experience in intellectual property. He specialises in patents in the fields of pharmaceuticals and pharmacology, molecular biology, genetics and genomics, biochemistry, food science, cell biology and stem cells. 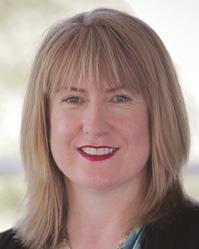 Dr Shaw is a chemical patent expert who works for clients in the pharmaceutical, biotechnological, food and natural products industries. She advises on patent strategies and commercialisation of these technologies in Australia and New Zealand, travelling regularly between the two countries.

Dr Shaw is a registered patent attorney in Australia and New Zealand, and a solicitor of the Supreme Court of New South Wales and the High Court of the New Zealand.