To protect an invention, applicants must first decide to draft a patent application and then decide where to file the application. Different factors come into play when deciding where to file the first patent application, such as language and cost; but there are also many countries in which applicants have little choice, since the law requires first filing in the country in which the invention was made or based on the nationality of the inventor.

After the first filing, there are two basic routes for extending patent protection to other countries: the so-called ‘Paris’ route and the Patent Cooperation Treaty (PCT) route. The Paris route involves direct filing of patent applications in the countries of interest, whereas the PCT route is predominantly a way to postpone these filings. Spanish-speaking patent attorneys like to explain to clients that ‘PCT’ in fact stands not for ‘Patent Cooperation Treaty’, but rather for ‘para comprar tiempo’ – ‘to buy time’. With this joke, the attorneys imply that the PCT adds cost to the process. The postponement of direct filings generally costs somewhere between €3,000 and €5,000.

In 2015 almost 215,000 PCT applications were filed. The national phase filings resulting from these PCT applications represent more than 50% of the international extensions of patent applications, according to the World Intellectual Property Organisation (WIPO). So, even with the extra cost involved in the filing of PCT applications, the PCT route is very popular. But in spite of the evident popularity of the PCT, many applicants do not make the most of what the PCT system has to offer. This chapter outlines several ways in which applicants can make more effective use of the PCT system and highlights some hidden features that applicants can take advantage of.

Making the most of the 30 months

Two undisputed benefits are associated with the filing of a PCT application:

These are the main reasons why PCT applications are very popular. Applicants can use the 30-month period to look for investors, establish commercial relationships, transfer technology, test markets or further develop their products. By the end of the 30-month period, they will have a clear idea of whether to continue with the patent application and, if so, where to obtain patent protection. That is at least the theory. Effective use of the PCT system requires that applicants make rational, well-informed decisions in this respect before the end of the 30-month period, involving a patentability study of the invention and an evaluation of its importance to the business.

To have a clear idea about whether it is worth proceeding with the national phases, it is vital that the applicant obtain a high-quality search report from a reputable international search authority (ISA). Depending on where the PCT application is filed (this is normally tied to the residency or nationality of the applicant), one or more ISAs may be competent to perform the international search. There can be significant differences in the price of a search report and some ISAs may require a translation of the patent application in order to do the search, but there can also be significant differences in the quality of the report.

A little-known or used feature of the PCT is the possibility to have a second ISA draw up a supplementary international search report during the PCT international phase. Of course, this supplementary search comes at an additional cost. Applicants would be well advised not to be ‘penny wise and pound foolish’ when it comes to selecting the ISA for the search report and possibly for the supplementary search report. Entering in just a few national phases has a cost that far exceeds the cost of a quality search, and too often a significant investment is made to obtain a patent in different jurisdictions only to find out that the invention is not patentable in the end.

One might even consider obtaining three different searches from three different patent offices: a first search from the office in which the priority application is filed, a second from an ISA and then a supplementary third during the PCT international phase. For a patent application describing technology that is key to a company’s future, this approach might be worth considering.

Assuming that, after one or more search reports have been drawn up, the result is positive, it might become much easier to negotiate a licence – even at an international level – before any patent is actually granted. This can mitigate the costs of applying to various national offices, as the international patent application may start to generate income even before it is spilt into its national constituents.

Obtaining the necessary information concerning the potential patentability of an invention is only half the story. The other half is deciding whether to continue with the patent application even if the invention is considered patentable. Compared to the Paris route, the PCT route offers 18 more months to make that decision.

In some industries these 18 months may feel like a lifetime, but in others they may make no difference at all: project lead times and market evolution have much longer timeframes. In these cases, it might make sense not to use the PCT at all, if it is not used to obtain the maximum information possible.

Apart from availing of the extra time it offers, there are further ways in which applicants can use the PCT system to their advantage to maximise patent protection in a cost-effective manner. In general, it is possible to use the PCT system and still reduce costs, speed up (rather than slow down) the process and generally make the process before national offices smoother.

Another feature of the PCT that is well known but seldom used – or used effectively – is the possibility to request an international preliminary examination report (IPER). The cost of an IPER will generally be in the order of €4,000 to €6,000; this can be either a waste of money or a very good investment.

The cost of an IPER is admittedly high and this probably explains why only about 6% of PCT applications are the subject of an IPER, according to WIPO. But in reality, the cost of an IPER is of the same order of magnitude as a response to a single office action in a single national phase. The cost of such a response, after all, can include official fees, local attorneys’ fees, foreign attorneys’ fees and translation costs. If a positive IPER can be obtained during the international phase, it is likely that at least the cost of one office action can be avoided, so that the investment in an IPER is justified. Whether a positive IPER will lead to a reduction in the number of office actions in the national phases depends, among other things, on the international preliminary examination authority and the offices of the national phases. A number of patent offices tend to accept the opinion expressed in a positive IPER, particularly if it is issued by one of the five largest patent offices in the world: the US Patent and Trademark Office, China’s State Intellectual Property Office (SIPO), the Korean Intellectual Property Office, the European Patent Office (EPO) and the Japan Patent Office. On the other hand, the patent examiners of those larger patent offices have a strong tendency to make up their own minds and are generally much harder to persuade with a positive opinion issued by another patent office.

When requesting the IPER, applicants should make the most of it. For example, at the European Patent Office, an applicant can make two written responses and a phone call to try to convince the examiner to issue a positive opinion. Not all examination authorities offer these possibilities.

If a positive IPER is obtained, this can reduce the number of office actions in various national phases. Moreover, the national phases can be accelerated by requesting the Patent Prosecution Highway in those patent offices that offer it. Thus, rather than slowing down the procedure because of the 30-month international phase, a PCT application may be used to get to grant quicker.

The EPO offers a further opportunity to obtain a positive written opinion or a positive IPER that can help the procedures following the PCT phase to run more efficiently and expediently: PCT Direct. If the EPO has performed the search for the priority founding application (this can be the case for European patent applications, but also for many national filings), the applicant can make use of PCT Direct. When a PCT application is filed, a response to a written opinion issued for the priority application can also be filed. The response will typically include arguments on novelty and inventive step, taking into account the point of view expressed in the written opinion. A positive opinion from a much-respected authority can be obtained at this stage; but even if this is not the case, the IPER is still available.

Further aspects of the PCT system can make it attractive, even for use as a priority founding application. Because the PCT takes into account differences in the practices of some 150 countries, it is more flexible in many respects.

One example is claims drafting. Unlike at many patent offices, there is no limit or penalty on the number of claims that may be included in a PCT application. The applicant might take advantage of this by including as many meaningful features as possible in the claims to be searched by the ISA. As long as unity of invention is present in the set of claims, the applicant may expect a complete search report. Even if the ISA finds that there are multiple inventions and not all claims are searched, another aspect of the PCT is that the applicant can switch inventions upon entry into the national phases.

Similarly, European patent applicants are used to having a single independent claim in a category, because this is a requirement at the EPO. However, since this limitation does not exist in the PCT, European applicants might use the opportunity to have a plurality of independent claims with slightly different scope. Although some offices might object during the national phases, others will not. So drafting the claims with a varying scope may extend the scope of international protection during the PCT phase and allow for broader or different scope during the national phases.

International patent protection can be a costly endeavour. By optimising the PCT strategy, the risk that this endeavour will end up meaningless can be reduced. To some extent, a solid PCT strategy is like an insurance policy for the costly investment of obtaining protection in various jurisdictions. 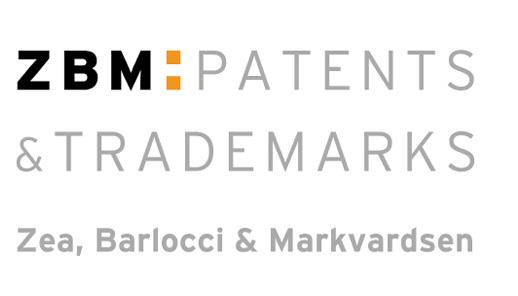 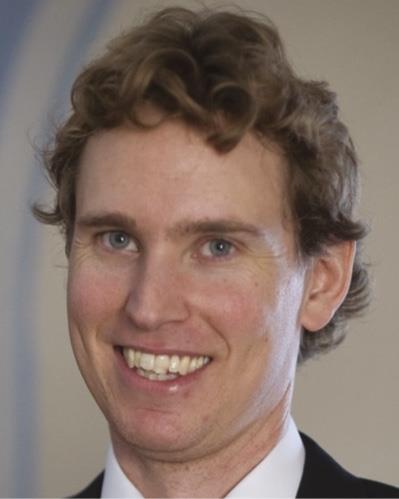 Mathieu de Rooij started his career in patents in 2002 at the European Patent Office (EPO) in The Hague. He worked as a patent examiner in diverse technical fields for more than five years. In 2008 he moved to Barcelona to join ZBM Patents & Trademarks, where he became a partner in 2011. His practice focuses on European patent prosecution, including oppositions and appeals before the EPO, as well as patentability and freedom-to-operate studies. Mr de Rooij specialises in renewable energy and medical devices. He also regularly acts as a technical expert in Spanish court cases. In 2011 he obtained the European patent litigation certificate. 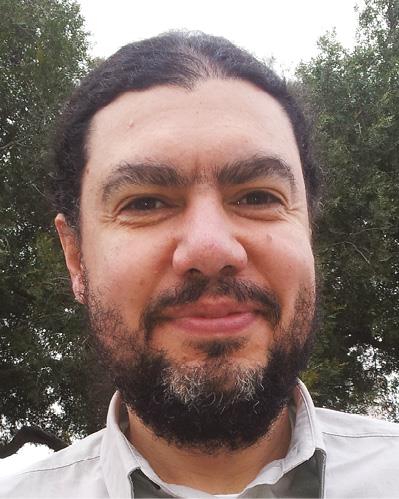 He is an electrical engineer and holds an MSc in technology and innovation management from the University of Sussex. He deals with inventions in almost every area of electricity and electronics. His fields of particular experience include computer-implemented inventions, electronics, telecommunications and renewable technologies. His practice includes patentability studies, freedom-to-operate studies and drafting and prosecution of national, European and Patent Cooperation Treaty patent applications.