The first time I visited China, I toured a night market with numerous vendors offering all sorts of counterfeit goods: clothing, watches, shoes, umbrellas, bags, perfumes, electrical appliances, DVDs, CDs, computer software and games. As an IP attorney, I was dispirited when I finished my walk-through. I explained to a fellow tourist that the running shoes he had purchased were made merely to mimic the original brand, would confuse consumers like him and would not hold up to heavy use, as the materials used to make them were of low quality. My comments were ignored and the running shoes were purchased for less than one-quarter of the price of an original pair. This scenario plays out frequently not only in China, but also in Latin America and the Caribbean.

What previously occurred only in flea markets and sidewalk stalls has now made its way online. Counterfeit goods are now readily available on social media, websites and e-commerce platforms. This is one of the pitfalls of the Internet, as it provides a means for counterfeiters to sell their products in the same way as genuine business owners, which invest significant efforts and money in manufacturing their original goods.

Counterfeiting has become a global battle for all types of business. The Internet allows for a considerable level of anonymity, making it all the more challenging to determine the origin of goods and bring counterfeiters to account for their crimes. Such crimes pose severe health and safety risks to consumers and have serious economic consequences, as they finance organised crime worldwide.

How can rights holders take action and prevent this from happening?

In Latin America, counterfeiting is tackled through proper customs training in the identification of fake goods provided by rights holders. Only a small percentage of shipping containers are inspected as they travel between countries; some may carry explosives, weapons, people and drugs, while others may carry goods that appear fairly innocent, when in fact they are not. Customs officials must be adequately trained to recognise and seize such goods at the border, port or point of entry.

The issue of counterfeit goods is no different in the Caribbean; this crime affects all manufacturers in all geographic markets, across all industries and products, regardless of their size and nature.

Counterfeit goods are commonly low cost, but not necessarily so. Fakes are sometimes mistakenly classified as genuine goods; this essentially means that a fake product in Class A is ostensibly of better quality than one in Class D and thus more expensive. Passing off counterfeit goods as genuine involves using packaging that is identical or nearly identical to that of the original brand and selling to unsuspecting customers at prices that are similar to those of the genuine products.

Counterfeit goods can be classified as follows (per Justice Spink):

While certain consumers willingly seek out counterfeit goods due to their lower prices, many are deceived as to the origin of the goods. In any case, counterfeiting is an organised crime that makes billions of dollars annually and consequently poses a serious threat to rights holders.

The US Federal Bureau of Investigation (FBI) defines ‘organised crime’ as “any group having some manner of a formalized structure and whose primary objective is to obtain money through illegal activities”, and which “maintain[s] their position through the use of actual or threatened violence, corrupt public officials, graft, or extortion”. Traditional organisations such as the mafia and triads are common examples.

Both deceived and non-deceived consumers have little to no idea as to how the counterfeit product will perform. In particular, counterfeit food and medicine pose a significant health risk and adversely affect the market reputation of the original product – such counterfeits have been known to cause consumer deaths.

IP practitioners in the Caribbean encounter many obstacles in fighting counterfeiting, as intellectual property is not a priority for some governments in the region. Convincing these governments of the need for swift anti-counterfeiting action is indeed a challenge.

It is insufficient to enact new legislation permitting local filing of trademarks, patents and copyright if the customs framework is weak or customs legislation does not conform to international standards in a way that attracts foreign investment.

Trademark counterfeiting and copyright piracy should be considered serious offences, as they place the health and safety of consumers at risk, finance organised crime and rob billions from the world economy. No one is immune to the consequences of this crime, and even small economies should be concerned about how counterfeiting affects their tax revenues and the profitability of domestic manufacturers, which in turn ultimately affects employment levels.

Regionalisation: a reality in the Caribbean

Some Caribbean jurisdictions are members of the WCO, which is positively shaping the region when it comes to customs matters such as anti-counterfeiting. It would be beneficial for more countries in the region to participate in the WCO.

The WCO is very active in developing model legislation and best practices, and actively promotes voluntary international standards for WCO members which exceed those established by the Agreement on Trade-Related Aspects of IP Rights (TRIPs). IP rights enforcement is overseen by the Working Group on Standards to be Employed by Customs for Uniform Rights Enforcement (SECURE).

The model standards issued by SECURE are non-binding recommendations intended to provide a working basis for customs administrations wishing to build sustainable knowledge of procedures in this area. Therefore, each country must evaluate the implementation of such recommendations into its local legislation and measure their consequences under TRIPs in order to strike an adequate balance in the IP arena.

There is typically a cost disparity between authentic and fake goods. In some cases this may be significant; in others the counterfeit product is priced similarly to the original, which causes confusion among consumers, who think that they are purchasing a legitimate product. Consumers in certain segments of the market – in particular, high-end and designer products – are often left especially disappointed.

In the United States, the FBI conducts investigations to remove unlawful products from the market and issues reports to local law enforcement and rights holders in order for them to take legal action. Similar actions are taken in most Latin Americans countries (eg, the Dominican Republic and Panama). In the past, other jurisdictions simply ignored the problem and some even granted licences for business owners to sell fake DVDs and CDs openly.

One such example is the Cayman Islands. However, in recent years the Cayman government has committed to modernising its outdated IP legislation. The Copyright (Cayman Islands) Order 2015 and the Copyright (Cayman Islands) (Amendment) Order 2016 were passed and entered into effect on June 30 2016, repealing the UK Copyright Act 1956 (which afforded no protection to new forms of copyright, such as CDs, DVDs and digital music) and consequently bringing the jurisdiction up to international standards. These two new pieces of legislation extend Part 1 of the UK Copyright, Designs and Patents Act 1988 (as amended and modernised) to the Cayman Islands. The application of Part 1 of the 1988 act is subject to certain exclusions and modifications.

A key aspect of the new copyright legislation is that it allows copyright holders to file a request with Customs for seizure of counterfeit products at the border (before they are actually imported into the Cayman Islands). If counterfeit goods make their way into local commerce, copyright holders can apply to the courts for an injunction to seize the goods and can also claim damages.

Cayman Customs and the police director are now empowered to investigate any copyright infringement matter (as is the norm in other countries). A sample of the product is usually purchased and once its counterfeit status has been verified, the rights holder can coordinate the inspection and seizure of the goods locally (ie, goods that have already been imported). It is also now a crime to rent or sell fake or pirated DVDs and CDs. Further, radio stations must now obtain a licence to play songs.

The Cayman government has made significant efforts to update its IP legal framework and encourage international and local businesses to invest in the jurisdiction by encouraging them to explore licensing and other means of legally permitting third parties to use their IP rights.

These efforts should be replicated in other Caribbean jurisdictions. Governments must realise the potential of intellectual property and its implications for economic development in the region, in order to make the region more attractive to foreign investors. 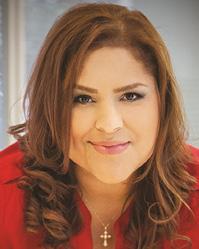 Gabriela Bodden holds an LLM in IP law and is a recognised expert in international trademark law. She helps clients to select, register and enforce their IP rights and has extensive experience in handling complex international IP portfolios throughout Latin America and the Caribbean. Ms Bodden manages the IP portfolios of a broad range of clients in a wide variety of industries, including automobiles, hotels, finance, entertainment, pharmaceuticals, beauty, music, furniture, clothing, liquor and food.

She advises clients on all forms of complex IP contracts, anti-piracy, anti-counterfeiting matters and strategies before the respective registries and courts in various countries, adding a significant competitive advantage to their portfolios.