Turkey is preparing to replace its existing decree-laws on the protection of trademarks, patents, industrial designs and geographical indications with a draft IP Law covering all of these rights. The draft was issued on February 24 2016 for public consultation until March 4 2016 and has now been referred to Parliament for enactment.

In addition, new mid-level appellate courts were established as of July 20 2016, which will affect IP litigation procedure in Turkey.

This chapter outlines the major changes introduced by these developments.

A granted patent cannot be contested before the Turkish Patent Institute through opposition procedures under existing practice. Rather, it can be contested only by filing a cancellation action before the courts.

However, the draft IP Law enables a third party to file an opposition against a granted patent within six months of its publication. Once the opposition has been filed, the Turkish Patent Institute will notify and invite the patentee to submit its opinion or amend its patent application. Both the opposition and the patentee’s opinion and amendments will be examined by a board to be established at the Turkish Patent Institute. The composition of the board and other procedures will be clarified through implementing regulations.

The draft law provides certain exceptions to the general concept of biotechnological inventions. According to the draft, simple discoveries of human gene sequences or processes for cloning human beings will not constitute patentable subject matter. This provision, if interpreted conversely, deems biotechnological inventions not falling within the scope of this exception to be patentable.

The draft law abolishes all provisions relating to the short-term (seven-year) patent that can be obtained without substantive examination. Under the new regime, it will be compulsory to request a substantive examination, whose omission will result in withdrawal of the patent application. It is therefore expected that Turkey will provide a stronger patent framework with improved quality as the utility model system remains in effect, particularly for small and medium-sized enterprises.

According to the draft law, utility model certificates will not be granted for:

The draft law introduces a compulsory novelty search for utility model applications, with the possibility for the applicant to file amendments during registration proceedings. Post-grant opposition will not be available for utility models.

The draft law includes a new provision that removes the so-called ‘professor’s privilege’. This means that all inventions made by scientific staff (both regular students and PhD students) in the course of their employment are deemed to belong to the university, provided that certain conditions are met. The draft states that scientific staff will be entitled to claim one-third of the total income generated by the patented invention.

Examination for novelty at application stage

Designs that are not novel will be refused ex officio. An examination of novelty is expected to be introduced within the formal examination of a design application.

The draft law explicitly states that only visible parts of a complex product will be protected, provided that visible parts meet the novelty and individual character criteria.

According to the existing law, the owner of a registered design cannot assert its rights regarding a visible part of a complex product for three years after the design is first made available to the public, provided that the visible part is used for repairs and is not deceptive as to the source of origin.

The draft law, while retaining this provision, has introduced a new derogation by stating that the three-year period will not apply if the protected spare part design is mentioned in the list of equivalent parts issued by the Ministry of Science, Industry and Technology.

The six-month post-grant opposition period under the existing law will be shortened to three months. This will have the effect of reducing the total registration time to less than one year.

Audits of the use, manufacture and sale of products featuring geographical indications or traditional product names will occur biannually (previously 10 years) as from publication of the registration in the Official Trademark Bulletin.

An emblem, to be designed by the Turkish Patent Institute, must be used on the product or its packaging, particularly with respect to geographical indications.

The draft law introduces letters of consent, by which the owner of an earlier trademark may consent to registration and use of an identical or similar trademark that is subsequently filed for the same or similar goods or services. A letter of consent should be notarised and submitted to the Turkish Patent Institute either simultaneously with the trademark application or upon refusal.

The existing law does not allow for the coexistence of identical or similar trademarks, even if the prior rights holder issues a letter of consent to coexistence.

The opposition period – previously three months – has been shortened to two months, although it is still calculated from publication of the application in the Official Trademark Bulletin. The bulletin has been published twice a month since the beginning of 2016.

Bad faith cited as explicit grounds for opposition and invalidity

Among the available grounds for opposition, bad faith is explicitly cited in the draft law. The bad-faith issue has been considered by the Turkish Patent Institute in opposition actions and by the courts in invalidity actions. Now practice and law will be harmonised.

Counterclaims of non-use during opposition

In an effort to encourage mediation, the Turkish Patent Institute will be entitled to invite parties to settle oppositions through mediation as per the Mediation Law. For the first time, the draft IP Law will enable parties to use mediation as a means of alternative dispute resolution in administrative practice.

The Turkish Patent Institute will become entitled to handle cancellation requests after a transition period of seven years.

The ‘fair use’ definition has been broadened whereby the rights holder shall not be able to prohibit a third party from using a trademark in the course of trade for the purpose of identifying or referring to goods or services, where the use of that trademark is necessary to indicate the intended purpose of those goods or services - in particular, as accessories, spare parts or equivalent parts.

Shift from national to international exhaustion of rights

It was previously accepted that trademark and industrial design rights registered with the Turkish Patent Institute constituted a legitimate defence against infringement claims, unless the registered rights were cancelled and removed from the register. This case law caused preliminary and permanent injunction requests to be delayed or rejected until cancellation of the infringer’s trademark or design right. The draft law aims to codify a common provision by which registered trademark, patent and industrial design rights do not constitute a legitimate defence against any infringement claim brought by the owner of an earlier IP right. The provision will require an intensive clearance search before using IP rights – even if they are registered.

The draft law regulates criminal offences concerning trademarks through a provision stating that use of an identical or confusingly similar trademark in any of the following activities constitutes infringement of another party’s registered trademark rights:

Infringers will be liable to imprisonment for between one and three years and a fine.

On July 20 2016 Turkey added a new layer to its court system – the appellate courts, between the first-instance courts and the Supreme Court. The objective is to reduce the caseload of the Supreme Court and achieve consistent, higher-quality jurisprudence. 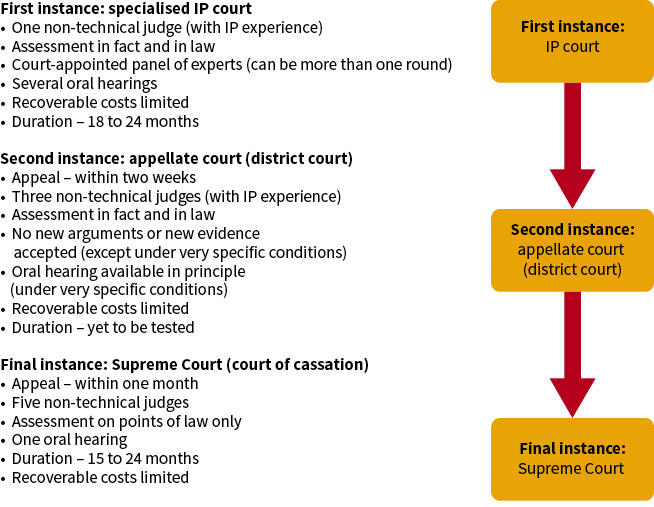 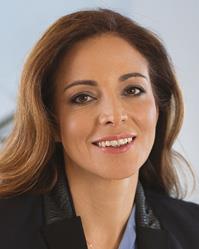 Serra Coral has implemented a number of progressive litigation strategies that have brought significant advancement to IP practices. After qualifying, she was involved with the introduction of new decree-laws, trademark opposition proceedings and implementation of Patent Cooperation Treaty applications in Turkey.

A fluent French and English speaker, she is an international and local expert in the establishment of IP rights for companies. She also has significant experience in the granting and tracking of licences. An active litigator in numerous fields, she advises renowned brands in the food and beverage, consumer goods and luxury goods sectors. She has been recognised for her expertise in filing strategies, genericness, litigation and anti-counterfeiting programmes. 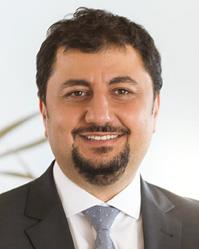 Okan Can regularly counsels and represents market-leading companies in the protection and enforcement of IP rights. His expertise extends to trademark and patent litigation, technology licensing, life sciences, personal data privacy and the protection of image rights. In 2016 he was named as one of the world’s leading trademark professionals by the WTR 1000, where he was included in the gold tier for litigation and enforcement. He is admitted to the Istanbul Bar and is a member of the International Trademark Association and the International Association for the Protection of Intellectual Property. 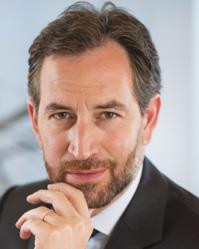 Kerim Yardımcı is a highly experienced and respected IP attorney locally and internationally. Fluent in English and French, he complements his international expertise with an extensive network.

Since graduating from the University of Geneva, he has honed his knowledge of the establishment, licensing, acquisition and use of IP assets in Turkey and globally. Recent accomplishments include the successful defence of a leading global chemicals producer’s patent registration.